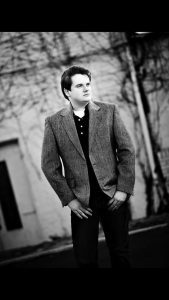 Dylan Godbey has accepted an internship/intensive in association with the Broadway Dreams Foundation, established in 2006, which is overseen by New York casting executive Annette Tanner. BDF offers elite performing arts training and exposure to the industry of music theatre with focus in voice, acting and dance disciplines. Program Intensives are offered nationally and internationally throughout the year, and are led by an exceptional faculty of successful individuals in the performing arts industry.

The purpose behind the performance internship offered is to provide young adults with performance training, life skills building, and mentorships from some of Broadway’s most distinguished talents. Godbey will be spending a week in New York; Charlotte, North Caroline; and Calgary, Canada; touring and performing with the organization for three weeks total.

As of this May, Godbey completed his sophomore year at Belmont University studying classical voice and opera performance. He studies classically under Dr. Kristi Whitten, and is coached commercially in musical theatre by Mr. Alex Roby. Godbey graduated from Danville High School in 2016, and while in high school, Godbey was highly involved on the local community and high school stage in various musicals and plays. He is a former voice student of Dr. Mark Kano, and was coached repeatedly in acting by Beth Marlowe. In addition to touring and performing with BDF this summer, Godbey will also be performing on the local West T. Hill stage, as Charlie Brown in the musical production of “You’re a Good Man Charlie Brown.”