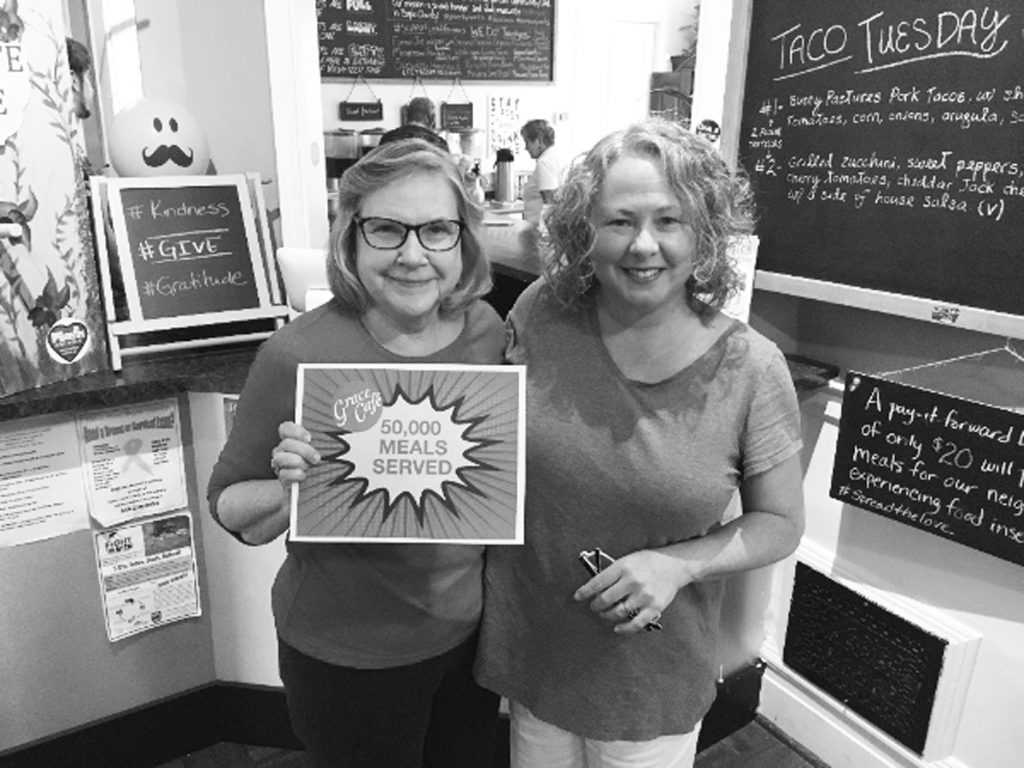 Linda Porter and Rochelle Bayless celebrate Porter ordering the 50,000th meal served at Grace Cafe. Porter gave Bayless her very first donation of $10 in 2014 when Grace was just in the planning stages. Bayless said they knew they were close to hitting the 50K meal mark at some point in the day, but as they were counting down to the last three meals, “in walks Linda Porter with two of her friends.” Her friends ordered first, so Porter received meal No. 50,000. In 2014, Bayless and her husband were at a Derby party when Grace Café was still in the planning stages. After the race, Porter won $10 and gave it to Bayless as her first donation. “I’m thrilled Linda received that meal,” Bayless said.