Danville man arrested, to be arraigned for child pornography charges

A Danville man was supposed to arraigned in Boyle Circuit Court on Tuesday for multiple counts of possession or viewing matter portraying a sexual performance by a minor. 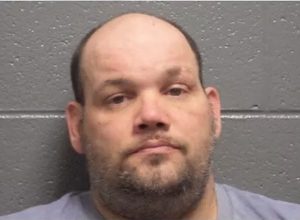 Leonard Riley, 43, of 1111 Sycamore Street in Danville, faces 20 charges of possession or viewing matter portraying a sexual performance by a minor. He was arrested by the Electronic Crimes Branch of the Kentucky State Police on Dec.12.

According to records in the Boyle County Circuit Clerk’s Office, during a Crimes Against Children investigation, “an email address was in possession of files depicting child sexual exploitation at the IP address” associated with Riley’s address.

After a search warrant was executed, Riley told officers with the Kentucky State Police that he had viewed and saved images of child sexual exploitation on his phone, the uniform citation states.

The files state that some of the images featured children between 7-10 years old.

The investigation into Riley began on Aug. 22, when the Kentucky State Police Electronic Crime Branch received a CyberTip from the National Center for Missing and Exploited Children (NCMEC), the records state.

According to court records, NCMEC had been alerted to an email account that had uploaded eight images depicting child sexual exploitation. Riley was then located using the IP address.

The Kentucky State Police has received more than 7.5 million reports of suspected child sexual exploitation via the CyberTipline between 1998 and April 2015.