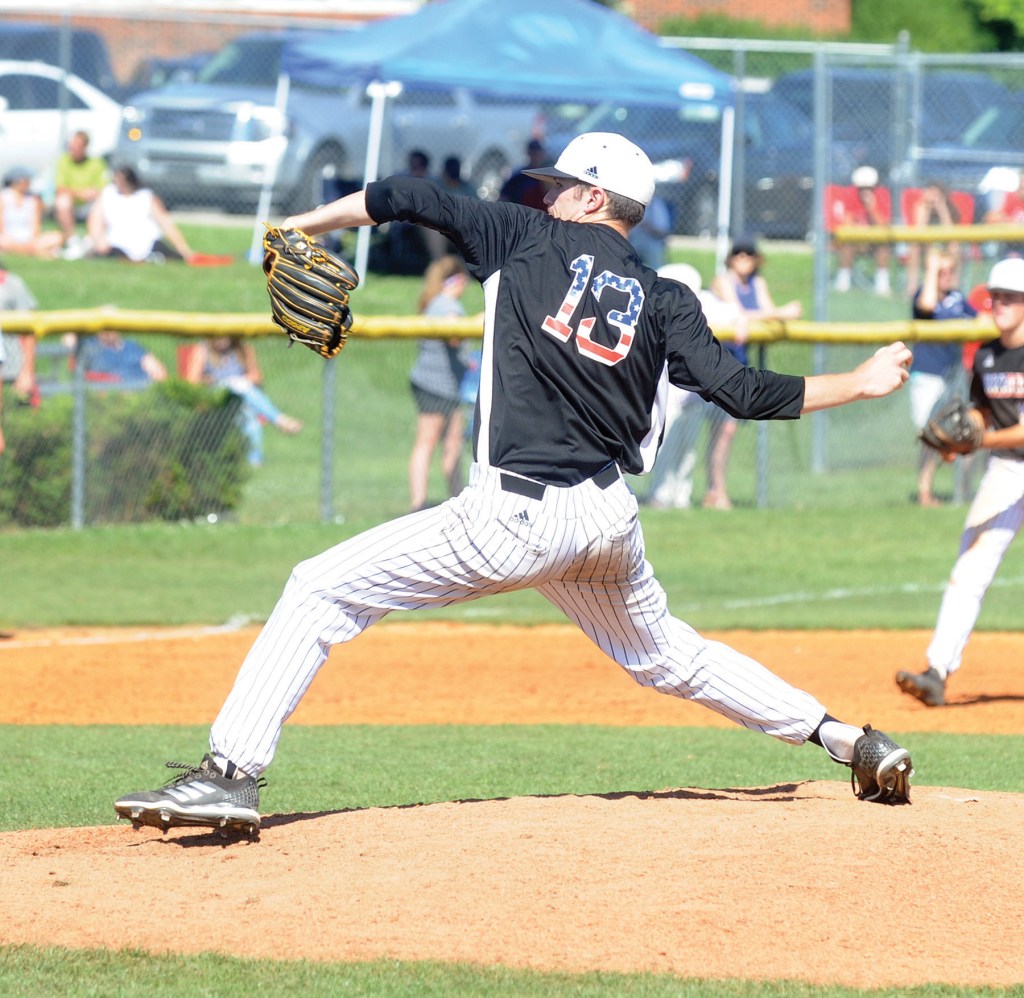 Boyle County will square off against 5th Region champion LaRue County in the first round of the KHSAA state baseball tournament tonight at 8:30 p.m. at Whitaker Bank Ballpark in Lexington.

The Rebels are returning to their second-straight state tournament, while LaRue County returns for the first time since 2003.

Boyle players say last season’s loss against Knox Central in the state tournament first round was an eye-opening experience.

“We didn’t play bad last year, but we hit against one of the best pitchers we had seen all year,” sophomore Karson Thompson said. “I think that hurt us because we couldn’t hit after the first inning. This year I think we’re better off because we’ve seen better pitching. I feel more prepared for it. We can’t come out like we did against Southwestern, we have to come out ready to play, that’s the main thing.”

Boyle County has the hitting — the Rebels have 289 runs this season, second-most in the 12th Region — but its the Rebels’ pitching that stands out among the final crowd of 16 teams at the state tournament.

The Rebels have given up just 104 runs this season, fourth-best among teams at the state tournament.

That is, in part, due to a wealth of arms that head coach Kyle Wynn and pitching coach Evan Teague can rely on.

Sam Tiller leads the team with 52.2 innings pitched this season — he’s 6-1 with a 2.66 ERA, even after missing starts late in the year due to injury. Then Blake Samons, Karson Thompson, Tristen Helton, Ty Dragan, Eli Glasscoack and Nate Smith have all started games for the Rebels.

Samons has filled in with Helton missing time due to injury, and he’s performed admirably: He has 46.1 innings pitched this year with a 2.42 ERA.

“Middle school, I didn’t really start a lot, I would just come in during the games,” Samons said. “I think I do better as a starter, just getting ready before the game and stuff gets my mind in the zone and I can focus better. I got into it pretty quick and now it’s just how I do things.

“With (Helton and Tiller) being hurt, coach was happy with what I’ve been doing, stepping up. But I’ve kind of just accepted my role, since they were hurt I just wanted to come out and do my best every day and do what I can.”

Thompson started the region championship for Boyle — he’s got 31.1 innings pitched with 29 strikeouts and a 3.13 ERA.

Hotchkiss is next with 16.1 innings pitched with 17 strikeouts. Ty Dragan has pitched 13 innings, striking out 18 batters to go with a 3.23 ERA.

Samons said he likes the depth of this year’s team and thinks they can make a deep run in the tournament.

For Samons and Tiller — they’re the two “aces” on the staff that don’t see regular playing time in the field — keeping other players up and active in the dugout is another one of their roles on the team.

“When we’re pitching, we kind of take a seat in the back and just try to stay focused,” Samons said. “In the dugout, I’m just trying to stay positive. When we’re down, I just try to keep the dugout up and stuff, even if everyone else is down. I want to do whatever I can from inside, even though I’m not in the game.”

Samons still has two years to hone his craft, but he’s excited to return to the state stage.

“Hitting is fun, but I’ve worked on pitching more than hitting my whole life because that’s what I love,” he said. “Ever since I was little, I’ve wanted to pitch. I’ve always thought it was interesting and cool. Every now and then, I get an at-bat, but pitching is my focus.”