Man run over during farm incident 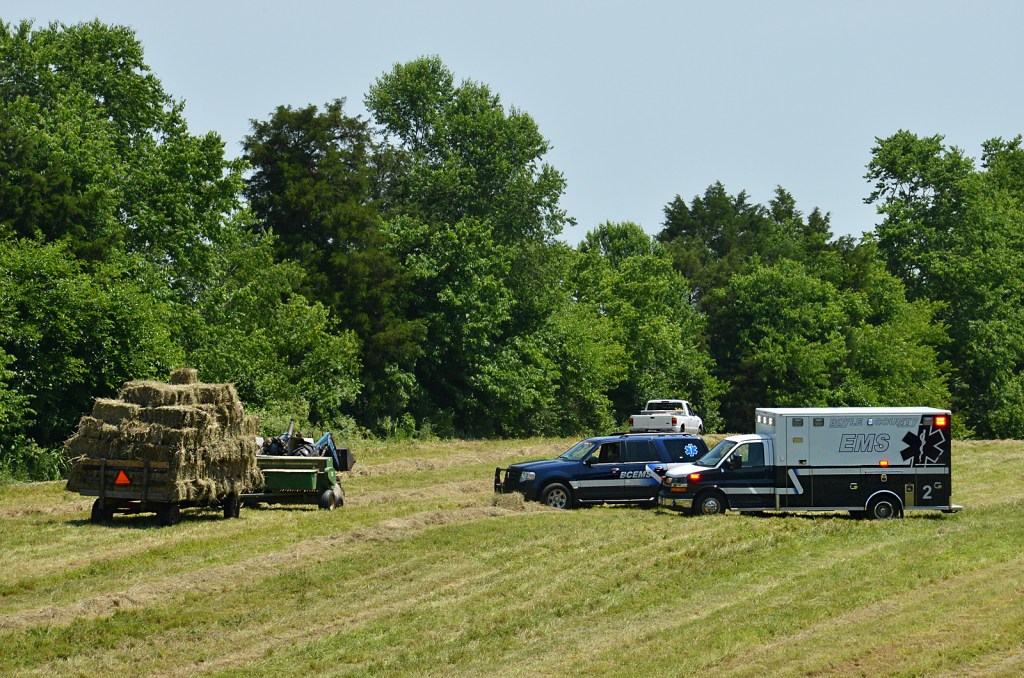 (Robin Hart photo) Emergency responders on the scene Thursday afternoon, at a farm on Gwinn Island Road after a 911 call was received. According to authorities, a man was run over by a hay wagon after he fell off a tractor.

A man was transported to Ephraim McDowell Regional Medical Center at about 1 p.m. Thursday afternoon from Gwinn Island Road after being run over by an attachment on a tractor.

The man’s name was not available.

Capt. Mike Rogers, with the Boyle County EMS, confirmed that the man had fallen off the tractor before being run over Thursday afternoon. He said he couldn’t provide any further information.

Boyle County Fire Chief Donnie Sexton said his department was not dispatched to the scene because the equipment, which he believed was a hay wagon behind the tractor, had cleared the injured man.

Boyle County EMS was the only agency to respond to the incident. The man’s condition was unknown as of press time.