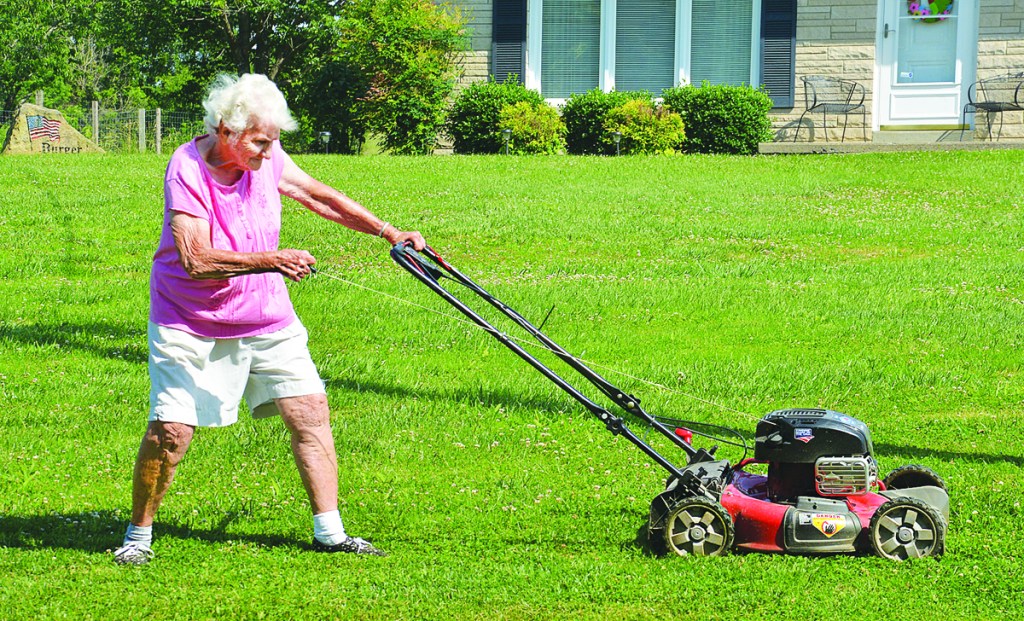 Ocea Burger, 83, of Parksville, has been mowing her yard by herself for about 37 years, she said. That’s when the baby of her four children moved away. Ocea and her older sister, Thelma Vanover, built houses next door to each other in 1961 which is just a few yards up from where she was born. Ocea said years ago after their families grew up, she and her sister had lots of fun working in their yards, side by side. She especially admired her sister’s beautiful roses. Now, however, her sister had to move to Danville, but Ocea continues mowing her own 100-foot by 400-foot lot in Parksville. She even pushes the lawnmower across the highway to trim around her mailbox. “I like for things to look nice.” She doesn’t push mow the entire property, though. Even though she’s given up driving a car, “I’ve got a little John Deere,” she uses for the back. It takes Ocea a couple of times tugging on the push mower’s starter cord, but then she easily manuevers it up and down and around her yard. “You have to move if you use this,” she said giggling.