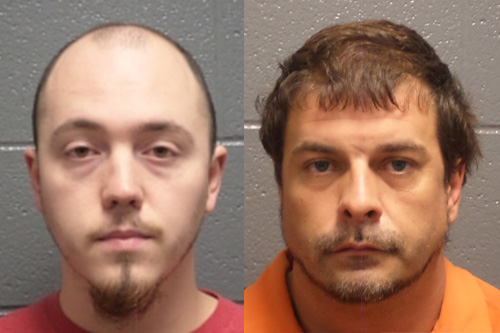 Two of the men rounded up in the sex sting operation in fall and winter 2017 and 2018 entered guilty pleas on Thursday in the Boyle County Circuit Court.

Shawn Williams, of Springfield, and Jordon Campbell, of Berea, will face final sentencing in July for their charges of prohibited use of an electronic communication system to procure a minor.

On Tuesday, the Commonwealth’s Attorney Richie Bottoms said he is attempting to keep the offers consistent for the men who were rounded up as part of the sex sting operation.

Three of the men were in court on Tuesday: Michael Cruse of Columbus, Missouri; Hubert Carter of Ennis, Texas; Dequan Brown of Lebanon; and Richard Fransen Jr. of Louisville.

Cruse’s attorney said he needs more time to review the evidence in the case, as “there were some issues with it,” specifically, referring to photographs, which had been photocopied in black and white, making it difficult to see.

Carter is a Texas resident, with a job there, his attorney said. He said they are also having to work with the commonwealth’s attorney’s office to “address outstanding discovery matters.”