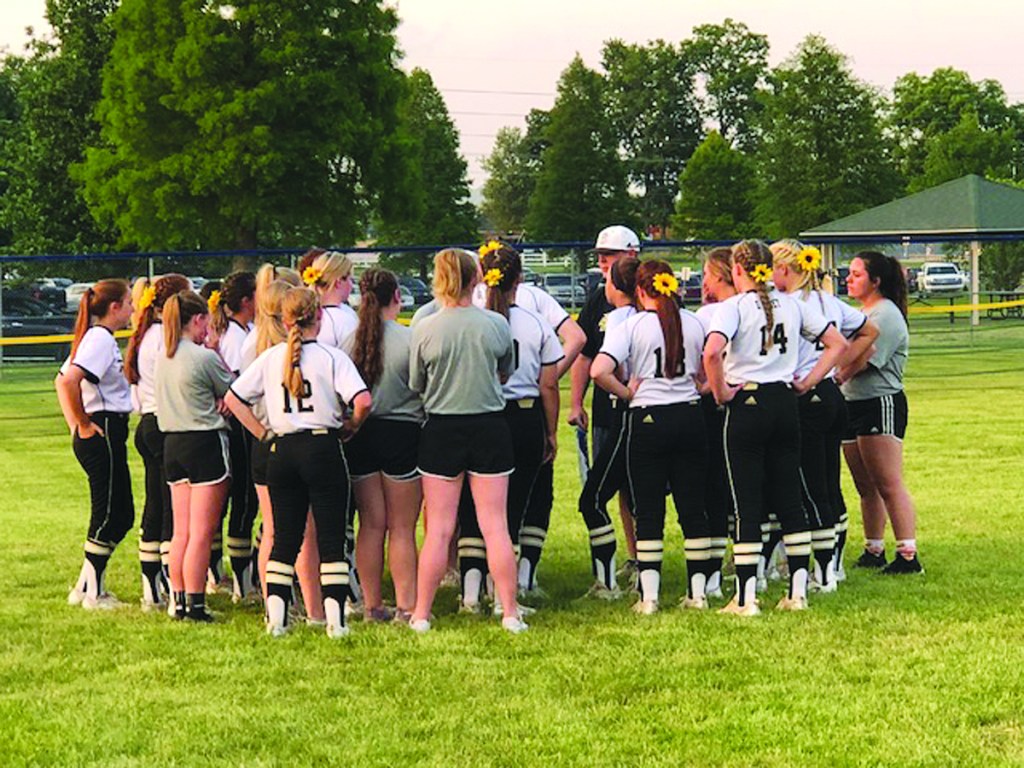 Day one went as planned for Boyle County softball.

Day two did not.

The Rebels earned a 9-0 victory over Estill County Thursday, advancing to the winner’s bracket quarterfinals on Friday.

Boyle played No. 1 Scott County to a 2-2 draw through four innings — thanks to a two-run home run from Gracie Edmiston — but the Cardinals pumped out 12 runs in the fifth inning to win 14-4, sending the Rebels to the losers bracket.

“Scott County came out and got on us in the first inning on a couple of nice plays and I thought we did a great job of that neutralizing their offense,” head coach Brian Deem said. “I thought (Katy Grace Chadwell) pitched well and we played good defense. We just tried to keep it close defensively and hopefully our bats would get hot and they did. We were able to get a base hit and Gracie hit a two-run home run going into the top of the fifth. At that point, we had good momentum, we were going toe  to toe with No.1 in the state. At that point, anything can happen. We found out that a lot can happen.”

After Scott plated 12 runs in the top of the fifth, Boyle rallied two runs across the plate.

“Honestly, I think Scott County imposed their will,” Deem said. “Once that game got knotted up going into the fight, there was a  different level of focus from them. They just started hitting the ball and I thought Katy did a good job hitting spots. They’re No. 1 for a reason, they have 10 seniors all going to play college softball. They were hitting base hits.”

The draw put No. 3 Ballard in Boyle’s crosshairs in the bottom bracket, and again, Boyle held its own early. Ballard led 3-0 after four innings.

Deem said his team was ready and focused on Ballard early.

“It really goes back to the Scott County game, we were down 14-2 and I told the kids, ‘look, we’re not quitting. Right now, everything you’re doing is to prepare for the next game,’” he said. “We were smart enough to know that Ballard was going to be our next opponent. We came back and got two runs and got thrown out at the plate trying to get another one to extend the game. I liked our passion, I liked our fire.”

Fire could also describe the heat — heat delays extended games due to every 30 minutes of play needing a 10 minute water break after.

Ballard would score five runs in the fifth and three more in the sixth inning, and Boyle’s offense couldn’t get a hit off of Clemson commit Shelby Kelley.

“Going into the Ballard game, it was stop and go every 30 minutes,” Deem said. “We’d play 30, then a 10 minute delay. I don’t think that took a toll on us, but it definitely kept you from getting into any kind of groove. As far as the game, Ballard took advantage of a couple girls on base early. We were able to limit the damage to two, and I felt confident that we could hit Shelby Kelly, who’s going to Clemson. But I was wrong, the more she threw the stronger she got. She showed why she’s an outstanding pitcher. But first three innings, we had a runner on second base with one out both times. We’ve got to get a big hit.”

“All five of them played fantastic, those five kids gave everything they had to this program, this school and this community,” Deem said. “No regrets. No one wants to end it, to have that down moment. But it’s a life lesson for us, we had a big win in the first round and based on the draw we draw the No. 1 team then the No. 3 team. That’s just ball, it’s a life lesson. Everything doesn’t end up with everybody happy.”

Deem said the team took after those five seniors during a tough season.

“The character, the guts that these kids showed was incredible,” he said. “I love how they kept pushing through adversity on and off of the field as the season wore on. They never threw in the towel, they kept playing, playing hard. We were able to win our fourth region in seven years, which I think is pretty impressive. Bottom line, you get to the Sweet 16, it’s one of those years where it’s a very pitching-dominant state tournament. I feel like we held our own and I’m proud of my kids.”

Boyle’s underclassmen like Chadwell will return next season with another year of state tournament experience.

“I think Katy learned a lot, as well as some of my younger kids: Keely Bowling, Emily Glasscock, Izzy Gervacio,” Deem said. “Hailey Cannon was big, Kyndall Honaker was big. We had timely pinch running and hitting. I feel really good about where my young kids got some experience, some of my young kids who didn’t get to play were able to see what the atmosphere is like and just how fast the game is a that high level. I’m excited about the future, and it’s an opportunity, not everybody gets to play in the state tournament. It’s a privilege. You’re not guaranteed to go back.”