Inmate captured after walking away from Northpoint

An inmate walked away from the Northpoint Training Facility Friday morning and was captured a few hours later. 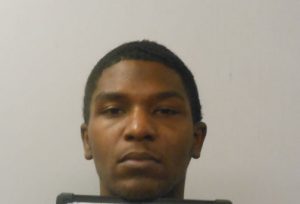 Alfred Knox, 26, was captured at about 4:44 a.m. by Northpoint staff on Highway 68, according to a release from the Northpoint Training Center.

According to the blotter from the Danville 911 Center, the Northpoint Training Center alerted them to his disappearance at about 1:25 a.m.; he had been missing since about 1 a.m.
Knox was placed in the restricted housing unit. He was facing a five-year sentence for assault second-degree and tampering with physical evidence, according to the release. He will also face escape charges.
You Might Like

Crash sends one to the hospital, one to jail

A two-vehicle crash at South Second Street near Dorothy Avenue at about 8:30 a.m. Friday sent one to the hospital... read more