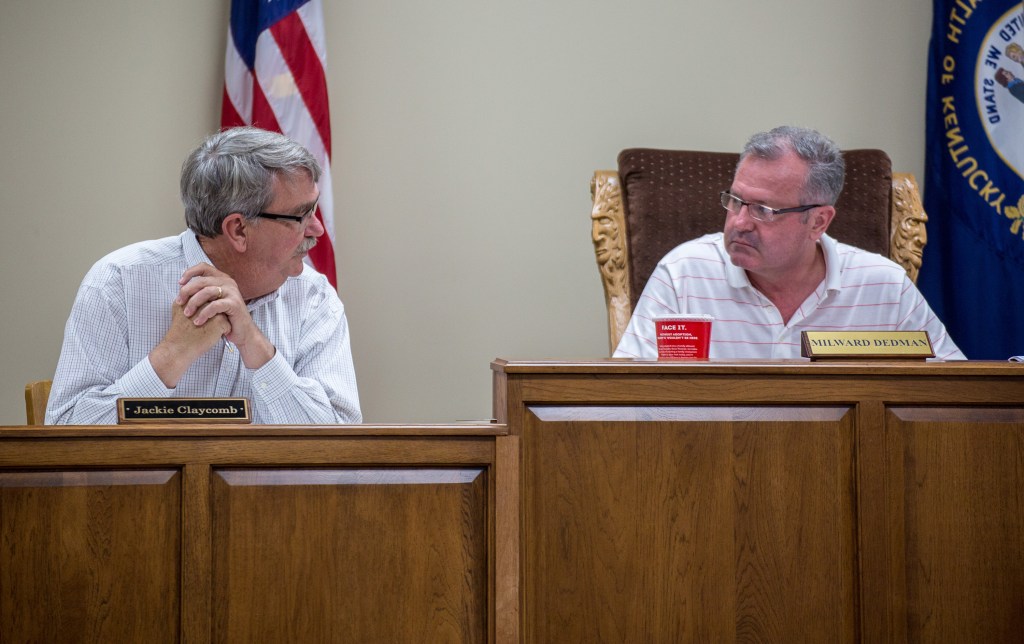 The Boyle-Mercer Joint Jail Committee has given its blessing to a new interlocal agreement that would allow Mercer County to pay a smaller percentage of the Boyle County Detention Center’s operating costs.

More hoops remain before the agreement becomes reality: It must still be approved of in theory by both counties’ fiscal courts, passed on to the Department of Local Government for state-level approval, and finalized by both counties through ordinance, Boyle County Judge-Executive Harold McKinney said.

The agreement includes the following conditions:

• Mercer and Boyle counties will pay for the net operating costs of the Boyle County Detention Center in proportion to the percentage of the jail population each contributes, but Mercer “shall pay no less than 27 percent of the operating budget nor more than 50 percent.”

• Mercer County will still pay 35 percent — its current minimum contribution under the existing agreement — of the cost to pay off debt on the existing jail (final payment on that debt is anticipated in February 2019).

The Joint Jail Committee held brief conversation about the remaining steps for the agreement, but no one from either county expressed any concerns or questions about the terms.

The committee voted unanimously to recommend the agreement to the fiscal courts for approval.

The agreement’s terms are identical to those proposed at the Joint Jail Committee’s May meeting, when the committee approved “in principle” of the terms but asked the two county attorneys to draft specific language for the agreement.

The change in the cost-sharing ratio could save Mercer County around $84,000 next fiscal year, according to a revised Joint Jail budget presented by Boyle County Treasurer Mary Conley in May.

The budget plans for Mercer to continue paying 35 percent of jail costs through December, then to pay 30 percent of jail costs from January through June of 2019. Conley said the 30-percent mark was simply an estimate — the actual percentage will be determined after the end of the current fiscal year, when data on the jail’s population is available for the entire year.

Based on that estimate, Conley revised Mercer’s total general fund contribution to the Joint Jail budget for 2018-19 down from $883,198 to $799,189. At the same time, she revised Boyle’s anticipated contribution up from about $1.64 million to almost $1.66 million.

Under the current agreement, Mercer has committed to pay at least 35 percent of the net costs of operating the jail, even if they contribute less than 35 percent of the jail’s inmates. Mercer’s share of the jail population has been below 35 percent for years and has more recently dipped below 30 percent.