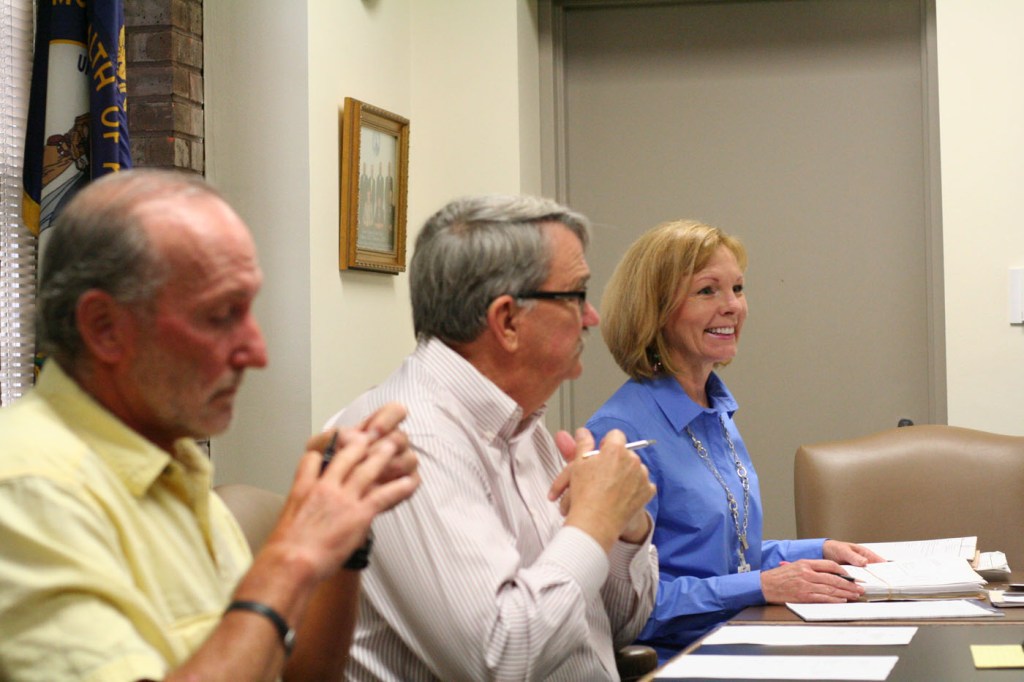 Members of the Danville-Boyle County Parks and Recreation ad hoc committee discussed Monday what the future of their committee looks like.

Danville City Manager Ron Scott reminded everyone of why the committee began in the first place, handing out the resolution that continued the committee, which was signed on Dec. 11, 2017, by Danville Mayor Mike Perros and Dec. 12, 2017 by Boyle County Judge-Executive Harold McKinney.

“If the ad hoc committee is to continue in the next (fiscal) year — until Dec. 31 as the county has already adopted — it seems to me it would be more productive for us to have a conversation in terms of our entire needs,” Scott said. He said the committee should look more broadly at parks and recreation issues. 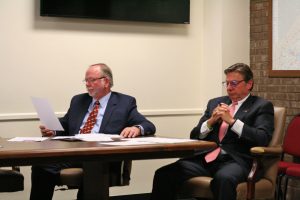 The original resolution states that the “ad hoc committee shall meet … to review facilities, needs, structure, programming and other park-related issues until recommendations for improvement are adopted by the committee and presented to the county and city.”

Per the resolution, the committee would not just work on Millennium Park, Scott said.

“Why, after three years of doing pretty heavy investment at Millennium Park, would we not want to look more broadly? Particularly at Bunny Davis, which we strive and have striven to keep open for our city and county residents for the last number of years?” Scott asked.

The Bunny Davis center is owned by the city and funded in part by both governments. Scott said the function of the ad hoc committee needs to be reviewed moving forward.

Judge-Executive McKinney said he felt the reason the committee was originally established was because it was recognized that capital improvements needed to be made specifically at Millennium Park.

Mayor Perros agreed and said he felt the two governmental agencies needed to come together in a larger setting to really discuss the future of the ad hoc committee, the city and county parks and what to do regarding the master park plan.

Perros said the ad hoc committee operates much the same way it did when it first started in 1992, despite the fact that the city and county responsibilities have grown since then.

The city and county have discussed tighter control on spending by the Danville-Boyle County Parks and Recreation agency, which is jointly funded by the two governments.

“To keep throwing money down a hole — that’s what that is over there. It’s aging to a point … to keep throwing hundreds of thousands of dollars into that every year is absurd. I think it’s time, that yes, since you guys own it, either we come up with a solution for a new pool or we get out of the pool business, one of the two,” Hendricks said.

Perros said, “a pool is a hole in the ground.”

He said the Bunny Davis center is part of why the city brought in consulting company Brandstetter Carrol for the creation of the master parks plan, so the city could best determine what to do with funding for parks in the future.

It was the reduced funding for Bunny Davis from the county, Scott said, that prompted the city to also make a financial move in another direction. Danville’s tentative budget for the 2018-19 year includes $240,000 in funding for Parks and Rec, but the money isn’t allocated directly; instead, it’s in a restricted account under the control of Scott.

Scott clarified at Monday’s meeting that the change wasn’t being done in an effort to control Parks & Rec, but so the city would know what’s going on with Parks & Rec. It’s something the county has been doing for years, Scott said.

“We’re stepping up to the plate and being more proactive, as the county has been. We’re not going to release the money without that discussion, but there’s no intention to micromanage,” Scott said.

Perros said, “the last thing the city needs or Ron Scott would want is to micromanage.”

“That’s a good thing,” Hendricks said. “If it was going to happen, we might as well dissolve this thing and go to war.”

He told Perros and Scott that it was good for the city to meet with the board chair, but it’s also important to “back off and say, ‘Hey, let’s let the board do their job.’”

“I’d say the same to Judge McKinney. If we’re going to sit as a group, that has to be the first thing. We trust our board, we trust our manager,” Hendricks said.

Scott also approached the topic of the county helping pay for water and sewer bills at Bunny Davis and Millennium Park. Currently, the city pays those costs.

He said the total cost of water alone is about $27,000 for Bunny Davis and at least $4,500 for the park. That’s not counting the sewer costs.

“The park water sewer is much less … We’ll have an actual (cost) going forward after July 1,” Scott said.

County Treasurer Mary Conley pointed to the funding being planned for Parks and Rec.

“I understand that the city didn’t fund Parks and Recreation what they requested,” she said to Scott, who said that was true, because the city was funding in other ways historically, such as bills, that the county wasn’t funding.

“When we start talking about relationship and funding things equal, when you take these amounts here and split them in half, you’re pretty much at the point of equal funding for the city and county for the next fiscal year … I’m just throwing that out,” Conley said.

Scott said that was a “valid point.”

He said they would have to look at those calculations.

Perros said that was another reason the city commission and fiscal court needed to get in a room together and see if there’s a better way going forward.