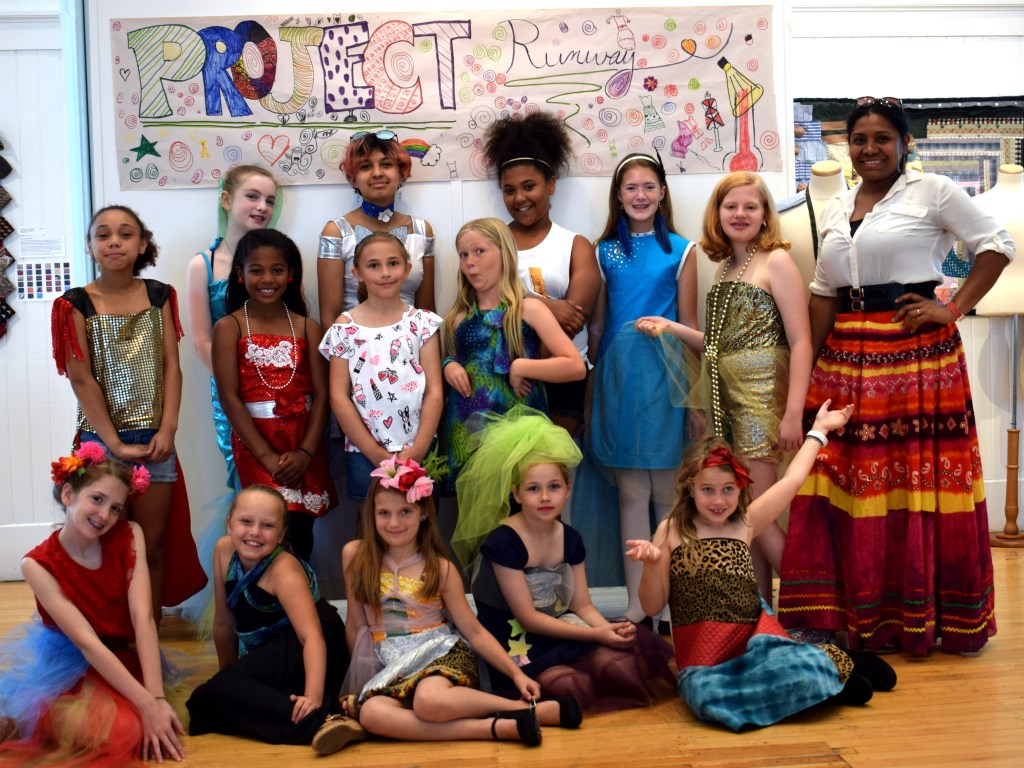 When Daejah Bartleson was 5 years old, she remembers putting makeup on her older cousin. Lots of kids play with makeup when they are young, but Bartleson’s cousin is model Maria Montgomery and the experience of helping her cousin prepare for an event stayed with her.

“It didn’t look very good,” Bartleson, of Danville, says and laughs. “But it was fun and that was when I knew I wanted to be a stylist when I grew up.”

Last week, Bartleson had a chance to put her passion into action at the Community Arts Center’s Project Runway Art Camp. Working under the direction of Lexington fashion designer Soreyda Benedit-Begley, Bartleson had the opportunity to go through the entire creative process — from sketching her design ideas, to cutting fabric, sewing the pieces together, and adding embellishments.

“It was all up to them,” says Benedit-Begley. “My job was to help bring their visions to life. If they came up with an idea, we tried to make it happen. Fashion design can be very empowering for young people when you let them take responsibility for their own projects.”

For Bartleson, coming up with the original idea was the hardest part of the camp. 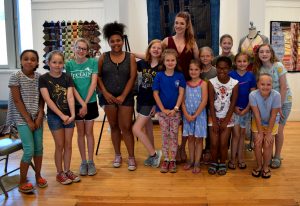 “I wasn’t sure where to begin,” she says. Ultimately, Bartleson chose an upcycling project, using an existing pair of shorts and a shirt as the base for her new creation. Although Bartleson had some experience in hand-sewing, she says she learned a lot during the camp.

The participants of Project Runway Camp also had the chance to meet Laura Sioux Kirkpatrick, a Stanford native and runner-up of cycle 13 of America’s Next Top Model. Kirkpatrick visited art camp to share her experiences in modeling with the campers and answer questions about what it’s like to be a model.

“I was so excited to meet Laura,” says Bartleson. “I knew who she was, so meeting her in person was cool. She showed us how to walk on the runway!”

Bartleson found her way to camp at the urging of her Spanish teacher, Megan Dove. When Dove learned of the camp, she immediately thought of Bartleson.

“She’s a kind and bright girl who showed specific interest in photography and fashion design,” says Dove. “The camp seemed perfect for her interests and a great way to keep her engaged and encouraged in her creative endeavors this summer.”

Although Bartleson was eager to participate in the camp, she didn’t initially think she would be able to attend.

“I thought it was too much money,” says Bartleson. Fortunately, she was able to receive a scholarship to participate in the week-long design camp. “When Mrs. Dove told me I could come and that we wouldn’t have to pay for it, I got really excited,” she says.

As she considers future careers, Bartleson is interested in being a stylist for performers — doing hair, makeup, and clothing design for musicians or movie stars.

When asked which current performer she would most like to work with, Bartleson says, “Katy Perry, because she’s crazy!” 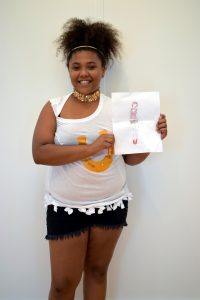 On the first day of camp, the students sketched their design ideas, then spent the rest of the week bringing them to life.

2nd Look Quilt Challenge, featuring quilts made from repurposed materials, is up through July 28.