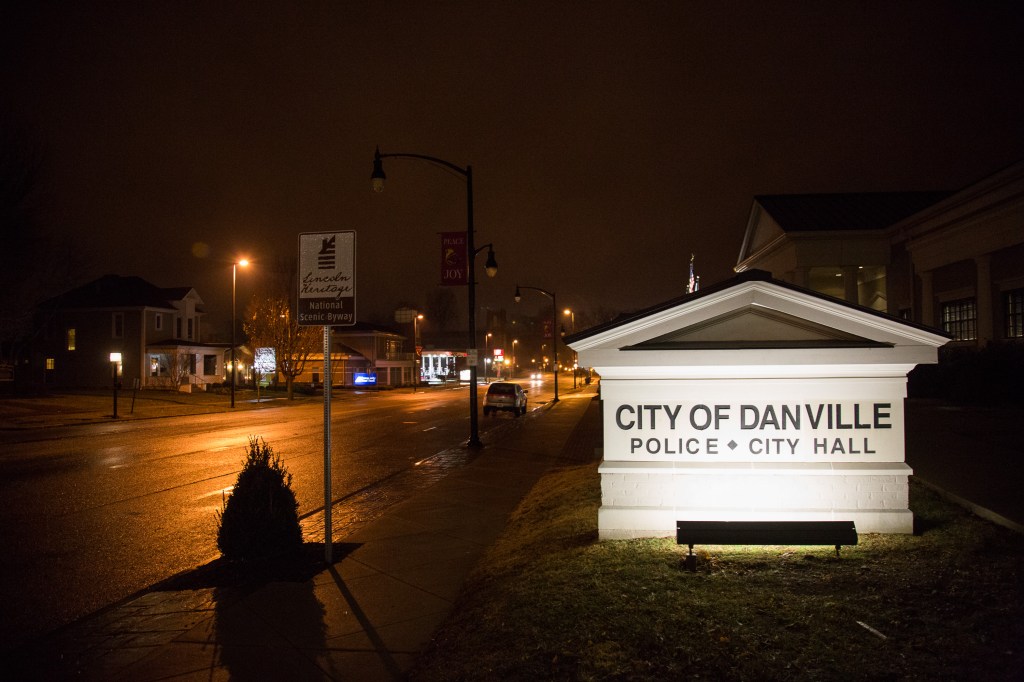 Danville’s 2018-19 budget — a few hundred-thousand short of $52 million — was given a first reading during Monday’s regular Danville City Commission meeting, with no changes to the appropriation amounts.

As Mayor Mike Perros introduced the budget ordinance, he added, “… it’s been presented in great detail last commission meeting…” and the commission proceeded straight to a vote, passing a first reading unanimously.

The big changes compared to this year’s budget, as discussed in previous meetings, include six new jobs paid for through the general fund and one new job in the utility fund. The budget plans for City Engineer Earl Coffey to be promoted to a newly created position of utility engineer, and an additional position for a utility administrative assistant reporting to Coffey; a human resources director to take over duties currently handled by the city clerk; an IT technician and promotion of the current manager to IT director; a 911 dispatcher, increasing the number of full-time dispatch positions to 13; a public works employee added to city’s public works garage; and an additional water treatment plant employee at the upgraded facility.

The budget provides for 2-percent cost-of-living raises and 1-percent merit raises for all employees, except the city manager whose compensation will be determined by an evaluation by the city commission.

The city also held a first reading of an ordinance for job development incentives to be given to TransNav Technologies, a custom molding manufacturer on Corporate Drive that plans to expand its plant by 27 new jobs. Jody Lassiter, president of the Economic Development Partnership, said the average pay for the new jobs is $16.52 an hour.

“They are expanding …. with approximately $5.6 million in new capital investments in that facility,” Lassiter told the commission.

City attorney Stephen Dexter said the agreement is the city’s standard wage assessment incentive ordinance, meaning the company will get credit back from the city for some of the payroll taxes its new employees will pay. TransNav must retain at least 10 of the new jobs to receive incentives.

Based on a wage assessment/tax rebate chart from Lassiter, TransNav expects annual payroll for the 27 new positions to total $927,763.20. Danville’s payroll tax is 1.9 percent, which means the city would get about $17,627 in tax revenue from those wages. The incentive ordinance allows TransNav to receive up to $6,679.90 of those revenues back from Danville for up to 15 years. The maximum TransNav could receive from the city would be $100,198.43.

Boyle County Fiscal Court is expected to provide an incentive as well, according to the rebate chart. Boyle County’s payroll tax is .75 percent, which means the county could expect to receive about $6,958 annually in payroll taxes from the new jobs. The planned incentive would have Boyle County give TransNav back up to $2,597.74 annually, for a total maximum of $38,966.05 over 15 years.

According to the ordinance, if the company doesn’t keep at least 10 of the new positions, either the full amount or a percentage of the incentives would have to be paid back, based on whether it’s a year or up to four years after the jobs were created.

Commissioner Rick Serress chimed in after the ordinance’s first reading was passed unanimously, telling Lassiter, “Again we’re glad to have you come, and give us more good news. So come more often.”