12:56 a.m., a black car has hit a tree on Fourth Street between Main and Lexington Avenue; a male has fled the scene; a male went into the emergency room and lost a lot of blood in the waiting room but fled after waiting too long for assistance; he left with another male in an unknown vehicle or direction; area hospital notified.

8:43 a.m., a man who called 911 said he had an accident at the courthouse last night and he just woke up at his house in Junction City, but he’s unsure how he got there.

9:19 a.m., a set of keys were left in a door at a business on Perryville Road; the caller doesn’t know if anyone is inside the building; business was cleared, doors were locked and the keys are in the possession of the officers; leasing company was contacted and said the maintenance man will pick them up on Monday.

9:21 a.m., a caller’s ex-wife is refusing to give the caller the child; terroristic threatening by the ex-wife’s boyfriend; father now has child and was referred to county attorney in reference to the threats.

9:50 a.m., a caller from West Main Street apartment wants to file a report on harassment and slander.

11:23 a.m., possible injury accident on Airport Road where a vehicle is in a ditch.

11:47 a.m., an officer is checking on a vehicle on the bypass at Panasonic; they were just stopping to text.

11:59 a.m., a visitor at Northpoint Training Center has a controlled substance not in the original container; arrest made.

1:43 p.m., a caller witnessed a possible theft from Kroger; he fled out the pharmacy doors with merchandise in his arms; subject jumped into the backseat of a blue car driven by an elderly female.

2:11 p.m., a caller stated a black truck with a camper is illegally parked  and they are 4-wheeling in the area and on caller’s property on Carpenter Creek Road.

2:25 p.m., a caller from Albany Circle stated a male who supposedly is being looked for by the sheriff’s office in reference to a string of burglaries is at the trailer park; there may also be drugs involved.

3:21 p.m., a caller from Longview Drive is requesting an officer assist in getting her vehicle back from her daughter; they are unable to locate the vehicle.

4:14 p.m., a caller is asking to speak to an officer about a neighbor who is dumping brush in the creek near Silverbrook Drive.

5:18 p.m., a female driving a small black SUV is nodding off at the traffic light on Perryville Road and there are children in the car.

6:15 p.m., a caller is reporting suspicious activity at Chestnut Street residence due to high traffic in the area.

6:19 p.m., there may be an altercation between a man and woman near Sonic Drive-in; male was screaming for someone to call 911.

8:33 p.m., an intoxicated male is damaging property on Johnson Branch Road; he’s armed with a crowbar and a knife; a handgun is locked inside the vehicle’s glove box; male caller is armed with a gun.

11:p.m., non-injury accident at the U.S. 150 split; a trooper is pursuing the fleeing vehicle.

11:08 p.m., caller from Patrician Place is requesting extra patrol because someone keeps knocking on the door.

6:54 a.m., report of theft from an unlocked car on Pleasantwood Drive.

8:15 a.m., a caller’s daughter is being assaulted by the boyfriend; caller is en route to East Main Street residence.

9:19 a.m., a physical domestic altercation is in progress; a male and child are going to his parents’ residence for a while.

10:09 a.m., two vehicles were broken into overnight on Woodland Place.

12:18 p.m., on an open 911 line, a disturbance can be heard in the background; a female got on the line and said her little brother was out of control.

1:29 p.m., someone is driving a black SUV through a field owned by Hampton Inn and they don’t want the vehicle on the property.

4:30 p.m., a male and female on a blanket in Millennium Park were performing inappropriate sexual acts.

5:12 p.m., a tree has pulled electric lines out of a house on Wells Landing Road; the lines are sparking on the ground.

6:11 p.m., a tree in the back yard of a Harding Street home fell and took down a power line; the line and tree are partially blocking the road.

7:49 p.m., an old, hollowed-out tree is on fire a few feet from Pope Road; assistance given.

9:39 p.m., management at Northpoint Training Center wants to alert the 911 center that NTC is currently in a power outage; no action is needed.

9:46 p.m., Lincoln County is requesting an officer contact a sexual assault victim who fled to the area.

8:14 a.m., Casey County has a female inmate ready for pickup; name will be added to the list.

10:27 a.m., a syringe has been found in front of a business on West Main Street.

10:35 a.m., an employee of Kentucky Trust Company needs to file a report for theft/fraud.

11:39 a.m., a man at the police department lobby said there was a disturbance at a residence on Stanford Road last week and he was assaulted; he now wants to speak to an officer about pressing charges.

12:27 p.m., a man just shoplifted at Speedway; he has left the scene on a mountain bike.

2:52 p.m., a caller on Boyden Court wants police to remove a male from the property.

3:07 p.m., an officer is serving papers and condemning property on Third Street in Junction City.

5:39 p.m., vehicle stop at Dorothy Avenue and Second Street; marijuana was found in the vehicle.

5:54 p.m., a caller from Cemetery Street in Junction City said two dogs attacked their cat and ran off with it.

11:18 p.m., a suspicious person is in the woods behind a house on Third Street in Junction City.

11:28 p.m., extra patrol is requested for the area around Magnolia Place Apartments because a female is looking into vehicles’ windows.

3:39 a.m., a physical altercation is in progress between a male and his father on Harberson Lane.

12:58 p.m., caller at Walmart was waiting on a handicap parking space when the driver of a white van cut her off and took the parking space; caller said the van didn’t have a handicap license plate or card.

3:07 p.m., a female shoplifter at Walmart had stolen items in her purse; she ran after being confronted.

3:50 p.m., a dog is in distress inside a tan car parked between Kroger and Liquor Barn.

4:38 p.m., a female in the front yard of Lisa Avenue residence has tremors and is requesting help; caller believes it’s drug-related; drug residue and paraphernalia found at the residence.

6:12 p.m., officers are to be on the lookout for a male missing from Lincoln County.

9:27 p.m. the road is flooding at Lebanon and Irvine roads.

10 p.m., drivers in a black pickup truck and silver truck are doing donuts in the Boyle County High School parking lot; they were gone upon officer’s arrival. 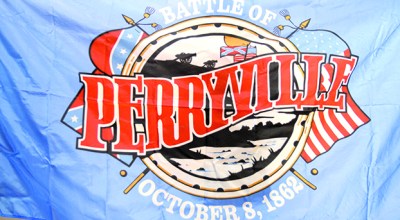