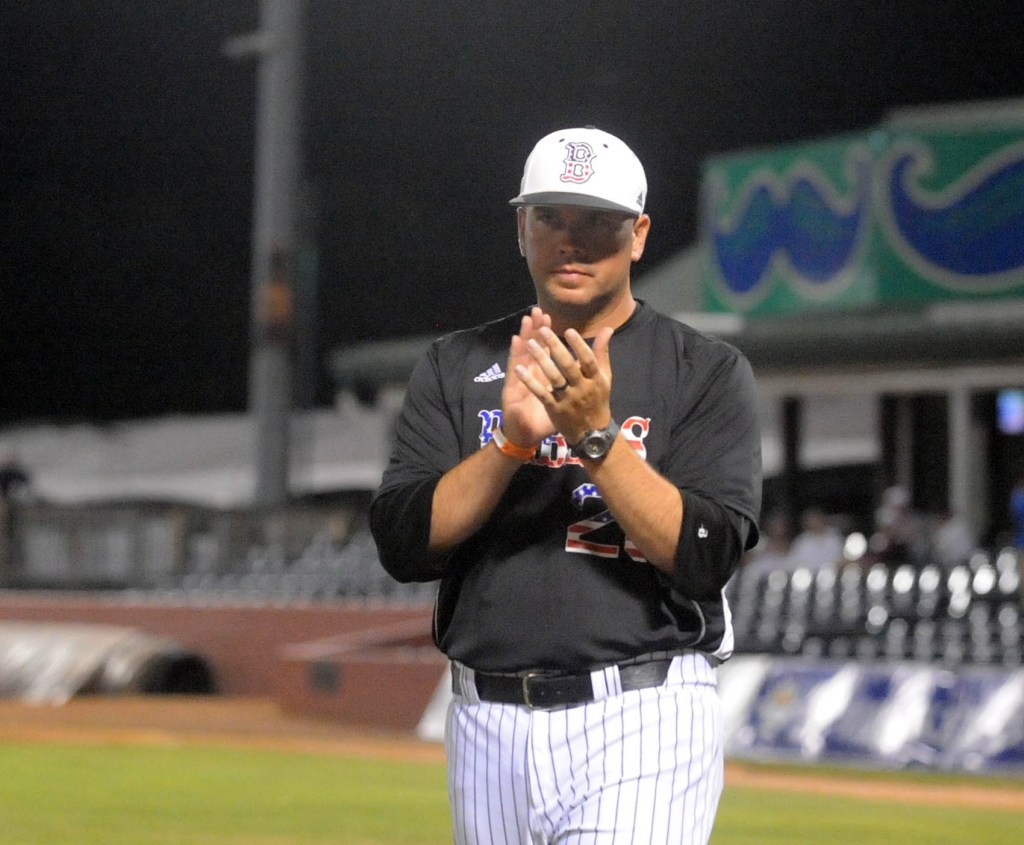 For a 45th District team, it hadn’t been done before in the current region alignment. But Boyle County did just that this season, and made the quarterfinals of the state tournament for the first time in school history.

For that success and another 27-win season, Boyle County head coach Kyle Wynn has been named the Advocate-Messenger All-Area baseball Coach of the Year.

“The 12th Region, I would put it against any region in the state as far as the teams you’ve got to go through,” Wynn said. “This year, making it to the state tournament was a great experience and we were fortunate to get right back there.

“Winning back to back, it shows why it hasn’t been done in school history before. You’ve got to have a good group of kids to be able to come back two years in a row, not settle and still be hungry, to pull it off again.”

The way that the Rebels pulled off their 27-7 season and rolled through the region tournament was impressive as well.

Boyle’s seven losses were by a combined 13 runs. During the regular season, Boyle had five losses — four by one run, one game by two runs.

Contrast that with last season’s 27-12 record, where Boyle was run-ruled three times.

Wynn said those numbers are certainly impressive for his top players, but also said that those marks represent the quality depth throughout the team.

“I think the thing was, we tried to put guys in positions to be successful in each game,” Wynn said. “We had to move some people around because of some injuries, that kept guys out for some time. But guys stepped up in those situations. Sometimes you can have those injuries, get into a rut during the season. We didn’t have that this year. Sometimes you will drop two or three in a row, bats weren’t there that day and then you get back on track.”

“ It was impressive for the guys to stay on that high level all season, especially against the competition that we faced. The ball bounces a different way, you’re talking about a no loss or two loss season. Just the year before, I think we got run-ruled in a game or two or put up some football scores. But this year, I feel like we had a chance to win every game.”

Once the postseason started, the target on Boyle’s back grew. The Rebels were ousted in the 45th District championship game by Danville but came back stronger, winning region after scoring 33 runs across three games.

“Last year was just getting over the hump of winning that one region,” Wynn said. “We faced Mason Hazelwood from Mercer County, we got through that first game and it was a big win for us, beating a Division I kid going to UK. I remember thinking, ‘man, we’ve got two more.’”

This year’s region at West Jessamine was strung out over an entire week, allowing each team to throw their best pitcher more than once through the week.

For the Rebels, it meant seeing the best pitcher for all three teams they played. That usually doesn’t happen, Wynn said.

“This year, we had to get Southwestern’s ace, I think he was 10-0 at the time,” he said. “Then the rain game with Pulaski, they were able to switch pitchers and bring back their ace and then we had to face Hunter Rigsby from Rockcastle in the championship. Going back to back, and the way we had to go through it, was a huge test and showed how well our guys were focused and worried about ourselves instead of who was going to pitch.”

One big worry Wynn had, particularly early in the year, was his team’s schedule. He wasn’t sure if he’d get a senior-heavy team satisfied with winning one region in their time at Boyle County.

“We were wet behind the ears last year, if that’s the way to say it. We were hungry,” he said. “I think we snuck up on some people … This year, I was worried about the ‘senioritis mindset’ in general. Are we going to have that hunger or are we just going to show up and think we’re better than everyone else just based on ability and what we did the previous year?

“We had a target on our backs. We were always going to see a team’s No. 1 pitcher, that can sneak up on you. But it’s a tribute to the coaching staff and those guys, having to go through that process of already winning it and then overcome that process in their senior year.”

The Rebels proved to be the class of the 12th Region for the second-straight season with Wynn at the helm.

“I’m fortunate I was able to coach these guys again this year,” the coach said. “It’s about the coaching staff, I think each coach would tell you that to be a good coach you have to have good players. It was a fun season and we did things that hadn’t been done in school history before. I’m just fortunate to enjoy it with this team.”