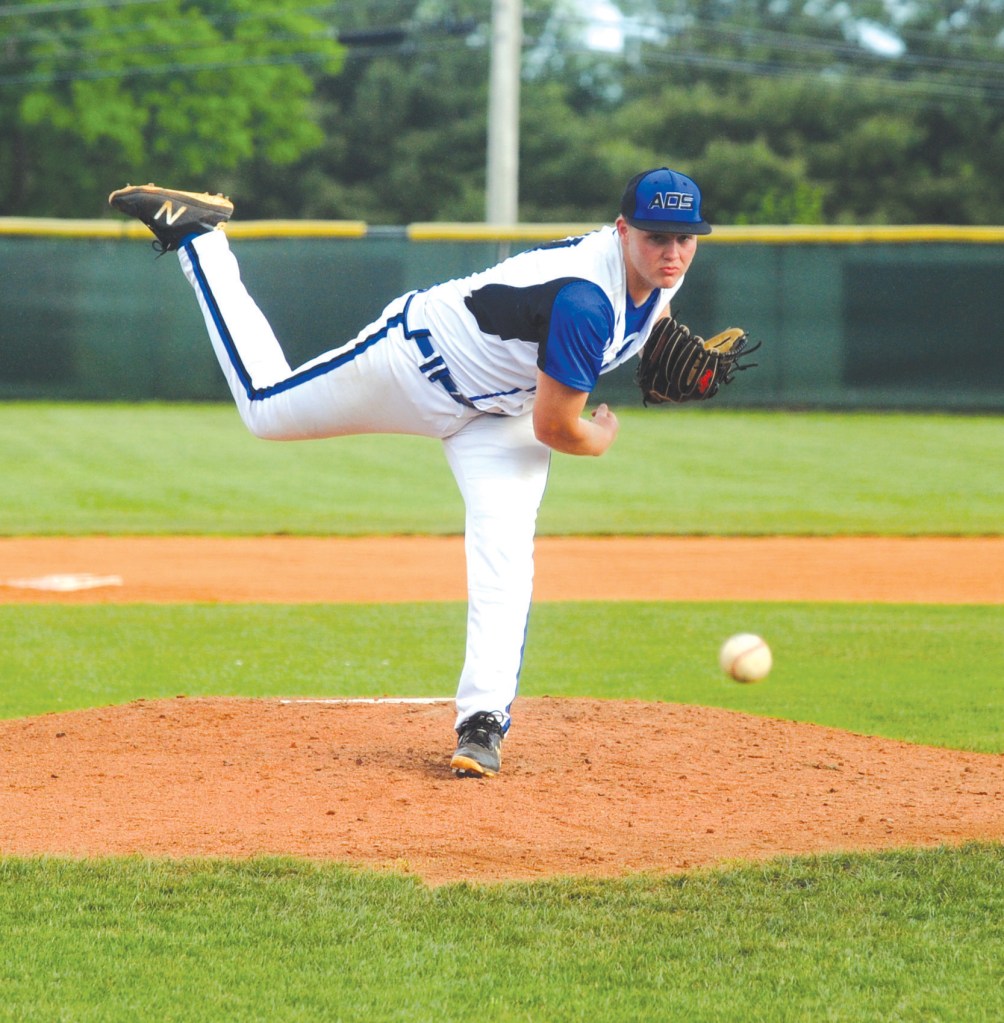 Coming into this season, Cayden Shaver was a bullpen arm for the Danville Admirals.

Fast forward to the end of the year and Shaver’s one of the most reliable arms in the state.

The junior tossed 71 innings for the Admirals, finishing the year 10-0 with 106 strikeouts to just 18 walks. His ERA was a miniscule 1.58 and that number drops in his nine starts to a paltry 0.96 ERA.

Because of his splendid success on the mound and leadership in a 28-win year for the Admirals, Shaver is the Advocate-Messenger All-Area Pitcher of the Year.

“If you didn’t get him in the first inning during the last month or so of the season, you weren’t going to score,” head coach Paul Morse said. “Credit our defense, everybody played good behind him. He’s just a competitor, he doesn’t want to get beat pitching in a baseball game or in the backyard playing wiffle ball. He’s just a high-competitive guy and those guys are usually successful. Those are the guys you want on our team. We’re blessed to have him, that’s for sure.”

Shaver and the Admirals hit a speed bump early in the season when fab freshman Christian Howe broke his elbow before a game against Boyle County. Howe was then the No. 2 arm behind Ethan Wood in the Danville rotation, and that’s when Shaver knew he had to step up.

“After Christian hurt his arm, we were kind of short on pitching,” Shaver said. “Me being on catcher, that’s all I thought I would have to do this year, but I felt like I had to come in and take over his spot. I wanted to ensure us some wins down the road. I just felt like I had to take over as a junior and provide for my team any way that I could.”

The start of the season was not the start that Shaver was looking for on the mound. His first two games on the mound were in relief, and he gave up 15 runs (eight earned) across five innings of work.

“At the start of the season, I was just in relief and I had some bad outings,” Shaver said. “When the Wood Bat tournament came around in LaRue County, I started and that’s when I got my first win. That kind of set the pace for the rest of the season.”

Morse said he dedicated himself to becoming a better pitcher, and that’s why he finished the year with some of the best numbers in the state: He was seventh in Kentucky with 106 strikeouts and second in the state with 10 victories.

“He’s such a hard worker, he put in so much time, it doesn’t matter what it is,” Morse said. “It can be hitting, pitching, catching, whatever. He’s made himself into a good pitcher. He’s gained velocity, in that 81-83 range and topping out at 85. He’s gotten better and better as the year went on. It’s pretty amazing what he did this year. What he did really helped us, especially when we lost Christian Howe to injury. When that happened that’s when Cayden really stepped up to the plate and sucked up those innings and turned it up on the mound for us.”

His teammate Ethan Wood put together a strong year on the plate and mound as well: Wood finished the year with an 8-5 record with 103 strikeouts in 67.1 innings pitched.

Shaver and Wood were each in the top 10 in the state in home runs and runs batted in.

“We always have a thing, when he’s pitching or I’m pitching, if we get an RBI, we just say ‘I’ve got your back brother,’” Shaver said. “We’re good buddies now and I really think we did well together and will next year.”

Before the year Shaver didn’t consider him a strikeout pitcher — he’d classify himself as a pitcher that forces soft contact.

That changed this year, Morse said.

“You’ve got to say he’s a strikeout guy because he’s getting more than one per inning,” Morse said. “I love his mentality, he just wants to attack the zone. He’s trying to get guys to put it in play. He gained velocity, his breaking pitch improved and he’s got a really good changeup. His location and stuff made him into the pitcher that he is. He can spot it up inside or outside. Those things we preach as coaches to our pitchers, just attack and go get them. That’s what he did.”

One of Shaver’s most important contributions to the Admirals this season didn’t show up in the numbers: Morse said his leadership is key to their success.

“He’s already getting guys in summer workouts, those kind of things,” Morse said. “Getting group messages out. He knows that to be better next year we’ve got to start working now. Those are the kind of things that you can’t coach or teach. Having a guy like that as a leader on your field and in your dugout, in our facility, that goes a long way. It’s like having another coach out there.”

Shaver said he just knows what it takes to be at the top, and he wants to get there with his Admirals.

“I try to bring them under my wing, especially with the young guys that we have,” Shaver said. “I’ve played different levels of competition, I know what it’s like to win at a high level and lose at a high level. I just feel like hard work really sets the pace for a team’s accomplishments in a season. I believe if we work hard, we can win a lot of games. That’s what we did this year. We’ll get older and a lot of guys have already been working hard this summer. I really think we can win region next year and contend for a state title.”