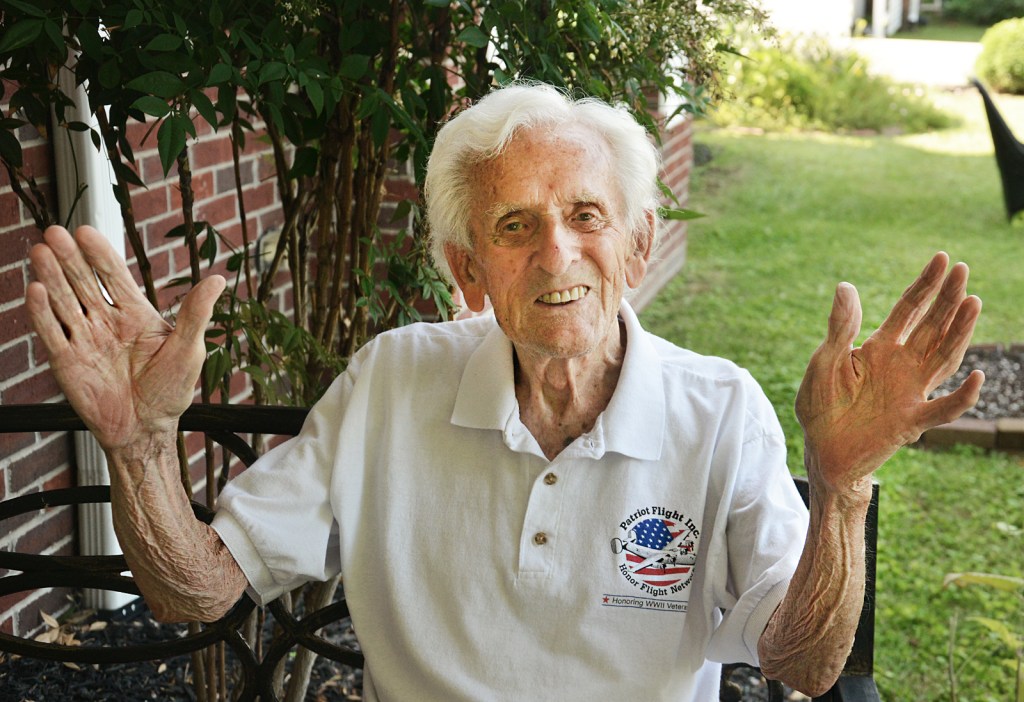 Ernest Blanchet, or Ernie to his friends, will be celebrating his 105th birthday on Monday, June 18 with cake, ice cream, music and probably some dancing with his friends and family.

Sitting in his new assisted living residence at Charleston Health Care Center in Danville, Ernie recalled the end of World War I and watching the sick and wounded soldiers returning home when he was 7 years old. He also shares that his dad was a musician for the Army during that war. 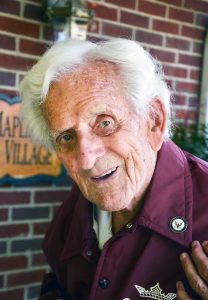 Ernie said he really enjoyed going the the silent movies back then and that it only cost him a nickel to watch a Buffalo Bill movie.

When his family moved to Troy, New York, Blanchet said he used to sneak into the circuses when they were in town. “I never paid.” And, he said, he met many “of the trapeze people”

The 1920s were really the gay 20s, Blanchet said. Speakeasies were being built everywhere.

When the United States entered World War II, Ernie joined the Navy and was “a radar man” on the U.S.S. Bivin (Destroyer Escort 536) in the South Pacific. 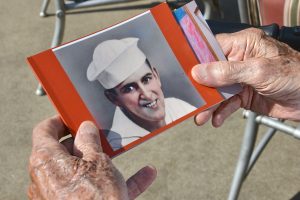 Ernie Blanchet reminisces while looking at a photo of himself taken while he served in the Navy during World War II.

Ernie said he has worked for the government all of his life, beginning at age 16, when he made heavy underwear for soldiers. 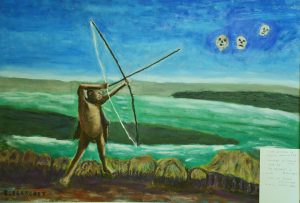 In addition to loving music and dancing, Ernie Blanchet has been a prolific painter of landscapes, portraits and copies of well-known paintings. This original was painted by Blanchet in March 2006. It is how he remembered a “Headhunter’s son” in Papur, New Guinea, when he was stationed there with the Navy in 1944 during World War II.

He also said, “I’m a great music lover.” He thinks it may be because his grandmother was a singer in France in the 1800s before marrying an American and moving here. And after World War I, his dad toured in a band with Ernie’s uncles and played cornet and banjo.

“I hope they have music (at the birthday party). I’m a great dancer,” he says as he lifts his arms up to show how he dances.