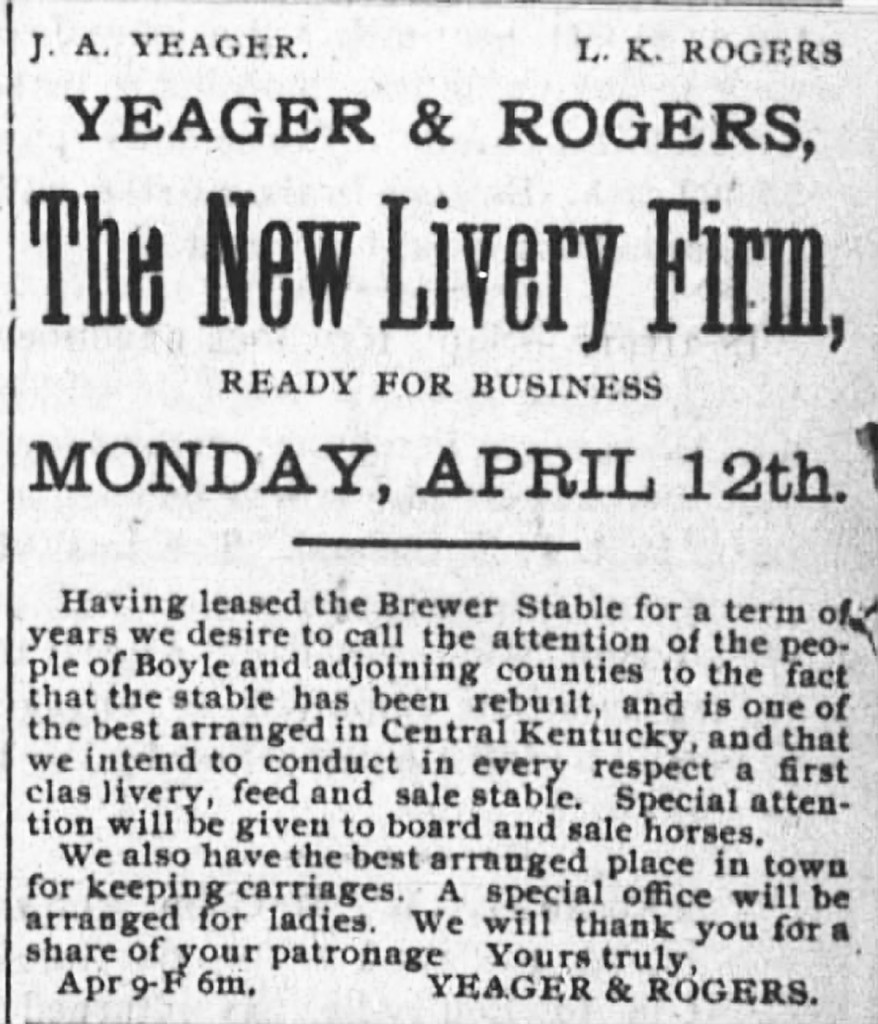 J.A. Yeager, who served with the 1st Kentucky Cavalry in the Confederate Army during the Civil War, was one of the organizers and active with the R.J. Breckinridge Camp of Confederate Veterans in Boyle County.

He also traveled to the Oklahoma Territory and wrote articles about his experiences in the west. He liked the territory so well, he finally moved there.

Yeager was adjutant and treasurer for the Breckinridge Camp, according to articles in The Advocate-Messenger and Kentucky Advocate archives.

The third reunion, held in May 1901 at the Clemens House in Danville, attracted 60 veterans. 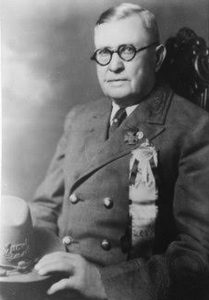 “Yeager was one of the leading figures of Confederacy in the nation,” according to the Tulsa newspaper.

Yeager was a traveler

While living in Danville, Yeager traveled to the Oklahoma Territory several times and wrote articles about his travels that were published in The Advocate.

He described the July 4, 1901, celebration during his last few days in the Oklahoma Territory.

“The weather was extremely hot, but notwithstanding, the whole country turned out to show their loyalty to the Fourth of July.

“You never saw collected together a crowd like it — people climes and classes, Indians by the thousands, the full-bloods arrayed in native costume, squaws dressed with many fancy colors, carrying on their backs their papooses, who are perfectly happy with a handful of beef and bread.

“There were various amusements.

“The prize for the one catching the greatest number was a fifty dollar saddle. The Indians took part in it as in all the amusements.

“The most interesting of all was a match game of baseball between the white boys and the full-blooded Indians. It was a closely contested game.

“The Indians are great athletes and hard to down and show more energy in games than anything else.

“We traveled over a good deal of this territory, something like 250 miles north and south, about 150 east and west, and we have only touched it at a few high places.”

When all the territories are thrown into one state, Yeager predicted it will be at no distant day one of the leading states of the Union.

“There are a great many Kentuckians here and Yeager said they were leaders in their professions.”

He mentioned the Anderson brothers of Crab Orchard and planned a visit.

“The Rev. William Anderson is pastor of First Baptist Church and is doing fine work. His church membership is increasing rapidly in numbers. He preached his fifth annual sermon.

William’s brother, Joe lived in Chandler, Oklahoma, and also was a pastor.

“Hurrah for Kentuckians in the West!,” Yeager concluded.

Yeager liked the west so well, he moved to Tulsa.

He ordered a subscription of The Advocate and sent a brief note about Tulsa.

“Tulsa is putting on a wonderful growth this year in the way of buildings. More than 250 dwellings are under construction.”

He owned 19 buildings in Tulsa.

He was elected as Tulsa City Commissioner in April 1910.

The Yeagers were married after the end of the Civil War. They lived in a house and owned two others on Main Street while living in Danville.

They had five children: a daughter, Sue Kate Tuttle; and four sons, Henry, Allen, Fred and Will Yeager, all of of Oklahoma.

After moving from Garrard County to Danville, Yeager opened a livery stable with L.K. Rogers in 1897 and sold it to G.S. Gaines of Lancaster.