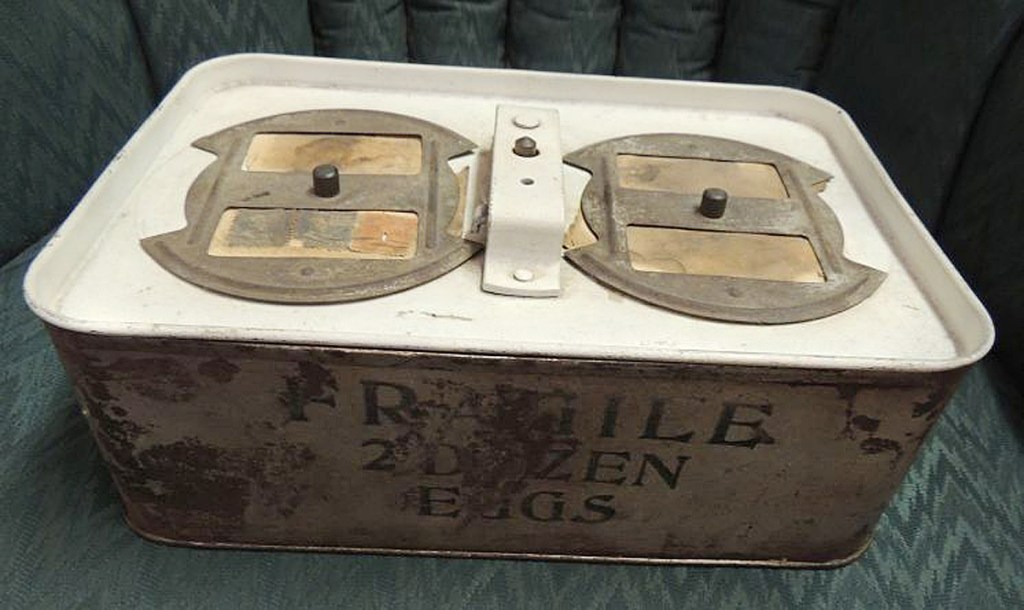 Question: Jerry, Can you tell me how old this is? It’s a carrier for eggs to be mailed. How far could they be shipped? I bought this in a little hole-in-the-wall auction in Lancaster, Kentucky, years and years ago. A lot of people have never seen one before. Thank you.

Answer: You know I had to wrap my mind around this first. When that didn’t work, I reached out to some chicken breeders. This is what I found out.

Yes indeed, eggs were shipped and still are. Eggs were shipped mostly for breeding proposes and not for eating. Just like today, when you wanted a certain seed, you ordered it. The same for chicken breeds. 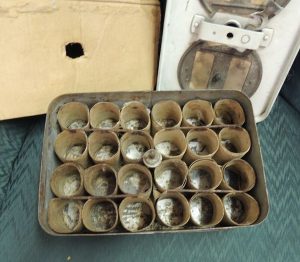 Most people at this time either had chickens or had access to eggs. Though eggs could have been mailed either by USPS, the railroad or carried to far flung places like Alaska, where there were NO eggs or chickens. Thus, they were outrageously expensive. You didn’t want to ship your eggs too far.

I found out eggs were mostly shipped within the same state, though you could ship out-of-state. Factors like breakage, too much heat or too much cold affected the success rate of your eggs developing into chicks.

The egg carrier you have dates to the late 1900s or the 1920s. In fact, when I blew up the photos, I could barely make out the James Buchanan .15 cent stamp. This helps to come close to a date.

That stamp was first used in 1938 and with the other orange stamp, the shipping was .36 cents.

I love your egg box and its interior fitted with cardboard tubes to hold the eggs. The paint is original and it looks like the brass lever still clamps down. Oddly enough, I found several boxes that held three dozen eggs. I like the smaller size of this and think it would appeal to anyone having a country kitchen.

I would say at a good country antiques show, this would be priced at $70. What a great piece. Thanks for sharing it.