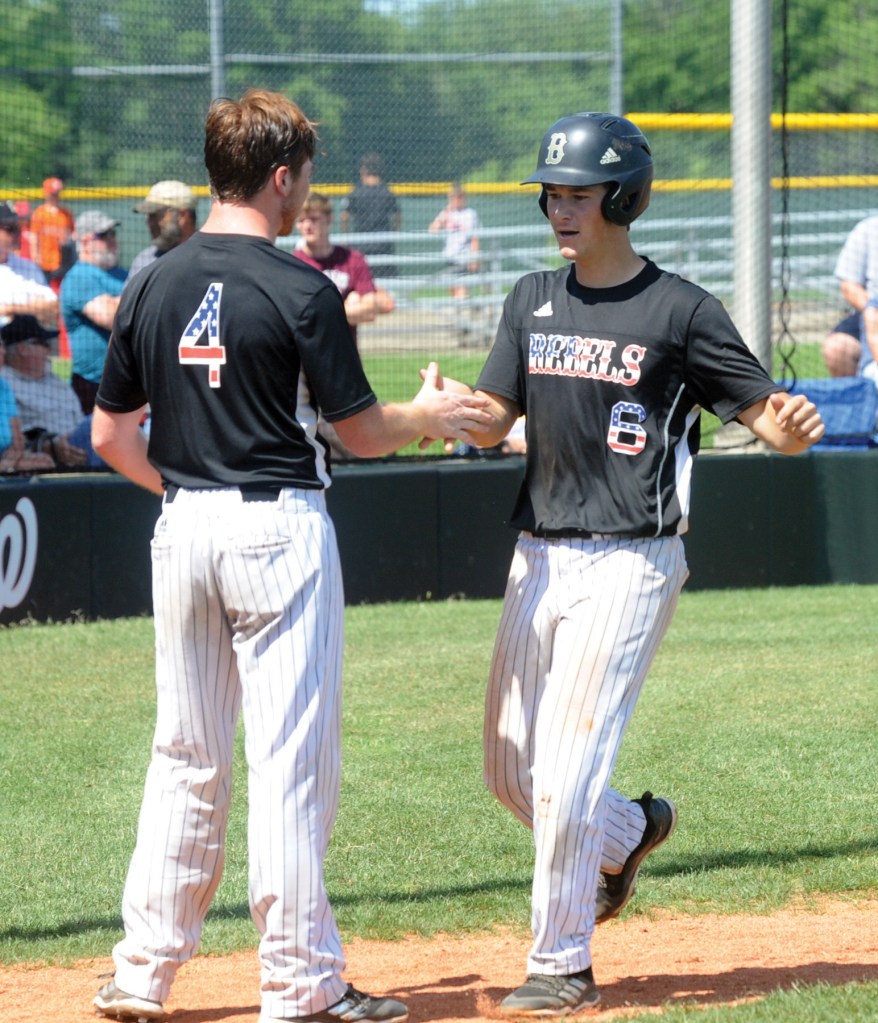 He was intentionally walked twice against St. Xavier in the state tournament quarterfinals — recognition from the No. 1 ranked team in the state that it was facing one of the top hitters in the state.

Dragan is the 2018 Advocate-Messenger All-Area Player of the Year for his career year: He finished with a .505 average, eight home runs, 43 RBIs and 46 runs scored.

“I’ve been putting in a lot more work this year, me and Alex Sergent and a lot of the guys,” Dragan said. “We’ve just been very serious in our last year, which is what we should’ve done every year. But we wanted to do something this year, and we proved it. We made it farther than any Boyle baseball team in history. It’s tough to beat St. X, they’re a really good hitting team.”

His head coach Kyle Wynn said his improvement from junior to senior year was massive.

“Ty has always had the ability, but the numbers last year spoke for themselves,” Wynn said. “Then you get into postseason play and you get more recognition as there’s more focus and spotlight. But for Ty, to hit .460 last year, doing that two years in a row would be impressive. He bumped up and hit .505 this year, I don’t know how long it has been for a Boyle County player to hit a legit .500 in a full season, especially with the competition we faced and going into the postseason. That’s pretty impressive.”

Dragan made a name for himself after finishing his junior year with a .460 average, 11 home runs and 39 RBIs. This year, opposing teams and pitchers knew who they were up against.

“I saw a lot of curveballs early in the count this year,” he said. “I was more disciplined at the plate this year because I knew they were going to pitch around me. I wouldn’t see fastballs for strikes early in the count. Those would usually be a ball, outside or on the corners. I’d get curveballs in the dirt a lot. They’d just try to get me to chase pitches.”

That was evident against St. X, and Wynn said that Dragan was frustrated that he couldn’t help his team more at the plate.

“Of course he was frustrated, he said ‘they’re not going to let me hit today,’” Wynn said. “Fortunately we had some good bats behind him this year, and I think he would say that. That’s a testament to his talent and the season he had this year, you’re in the state tournament and you get intentionally walked twice in the same ball game. It’s tough for him but it shows the type of talent he is.”

Dragan earned 12th Region tournament MVP for the second-straight year this year, and afterward said it should’ve been sophomore Karson Thompson to take home the honor.

He said he genuinely believes that Thompson should’ve been the winner, and Wynn said that shows his maturation into a leader for his team.

“More than anything, I think he was hungry for us as a team,” Wynn said. “Anything that he was doing individually, he was doing it to help his teammates versus him wanting to be the only guy they look at. He grew so much over his four years, too. I think making the comment that Karson should’ve won the MVP of the region, I think that’s a testament to him and how he grew as a person and the type of teammate he is. He can be the best player on the team, but he recognizes that he’s not the only one.”

Dragan stole eight bases this season, the same as his sophomore and freshman campaigns. As a junior, he stole 18 bags.

He attributes that to his teammates — six of whom join him on the Advocate-Messenger All-Area First Team: Grant Hotchkiss, Alex Sergent, Hunter Mason, Tristen Helton, Sam Tiller and Blake Samons.

“I got slower,” Dragan laughed. “But part of it was I just knew I was going to score with the batters behind me. I really wasn’t even worried about stealing anymore, I’ll leave that up to Grant.”

Dragan said he’ll be making his college decision soon, but baseball is definitely in his future.

“Shortstop is a focal position and he didn’t just do it there, he did it on the mound,” Wynn said. “He closed out some games for us this year, upping his pitching role a little bit from the previous years. He’s definitely going to be missed, he’s been a fixture in the middle of the lineup and at shortstop for us now, that’s something we’ll have to replace next year.”