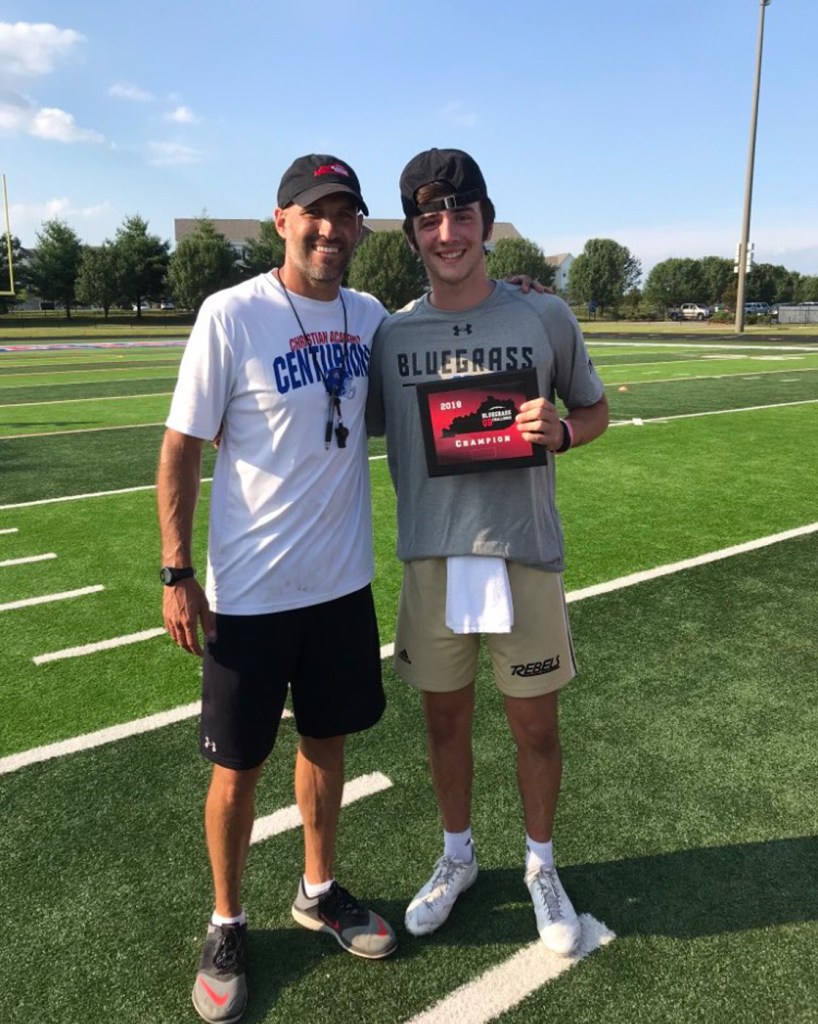 Boyle County quarterback Reed Lanter is a winner.
The rising junior added to his trophy case over the weekend, winning the Bluegrass Quarterback Challenge held at Christian Academy of Louisville.

CAL head coach Stefan LeFors, a former professional and University of Louisville quarterback, hosts the event each year for some of the top quarterbacks in the state.

“I tried to go last year, going into my sophomore year,” Lanter said. “But they basically just want all seniors to go and they invite some juniors. He said wait till next year, and my dad got an email from coach LeFors in January saying I was invited. So I was excited to go.”

LeFors also had other former professionals and Louisville quarterbacks at the event, Lanter said. It was a big boost for him to see them analyze his game.

“(LeFors) had high praise for me after the camp, said I did a good job,” Lanter said. “I was eager to learn from him, he knows a lot. There was probably four or five former Louisville players there too. Chris Redman, he played in the NFL. So it was cool to see what they had to say. Kyle Bolin was there, he played for Louisville and Rutgers, he was saying that they didn’t have the kind of things that we were doing. It was pretty cool to get that experience.”

Lanter said that he’d never had an experience like the QB Challenge: Three events, scored like a track meet, where first place earned 10 points, second earned eight points, and so on. The three events were a long-ball throw, throw on the run and accuracy.

“The first was the long-ball throw, I placed sixth. Going into it, I just wanted to place in the deep ball and after that, win the next two,” Lanter said. “The throw on the run, I ended up winning that one. Each target you hit you would get seconds off of your time. My fastest time was eight seconds, the other was 11. The next fastest for everyone else was like 26 seconds.

“The third one was accuracy throw, they had three stations set up with a golf cart going across the field and you had to hit the target, then make a deep ball throw from 40 yards away into a cage. I ended up making that too, I was down before that throw. I would’ve came in second if I didn’t hit it.”

Those three drills were unlike anything Lanter has ever done at Boyle County, and he said there wasn’t much preparation done before the event.

“I have never done anything like that before,” he said. “We have a net here that I throw on a little bit, and we throw at the goalposts too. I’ve done that after practice, coach (Chris) Pardue will have a competition. I’ve never done moving targets, I didn’t really prepare for it. I just went out there.”

It’s been a busy summer for Lanter, who said he’s been to about eight camps with teammate Reese Smith this year. The two juniors will look to win another state championship this fall — Lanter was named the state championship game MVP in December for his performance against Corbin.

Lanter has also put on the pounds — he weighed in at 152 pounds before that state championship and is up to 175 now.

He credited coach Jeff Hester with helping him bulk up this offseason.