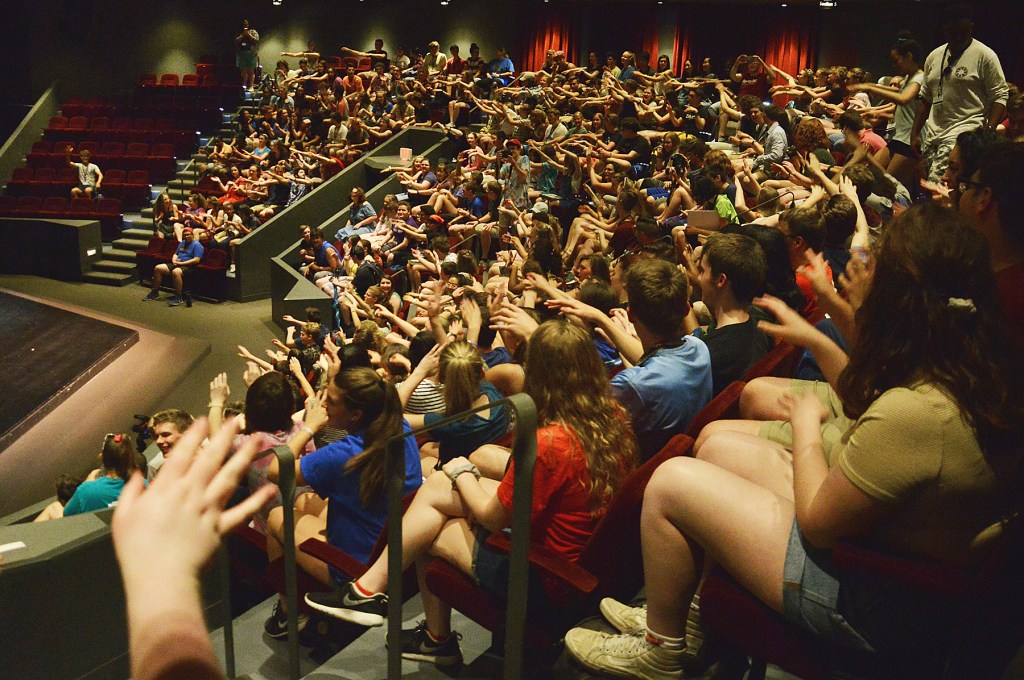 Robin Hart /robin.hart@amnews.com More than 250 GSA students begin singing and clapping to a song they seemed to all know, "I'm Gonna Be 500 Miles" by The Proclaimers.

Harry Pickens, acclaimed jazz pianist and author performed for and spoke to the more than 250 Governor’s School for the Arts students on Centre College’s campus Monday evening in Weisiger Theatre.

Pickens is the main artist-in-residence for this summer’s program.

A GSA news release about Monday night’s session said Pickens was leading the students through an artistic and music-filled presentation on how they can utilize their GSA experience to empower themselves as artists who can give back to others. 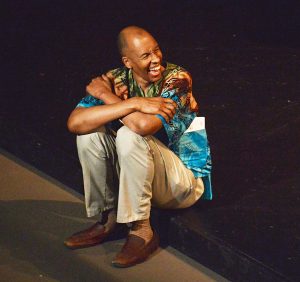 Before performing two improvisational musical pieces with Chris Fitzgerald on bass and Terry O. Mahoney on drums, Pickens said he was going to show how collaboration and “living in the moment” was important not only in music and art, but in life.

Pickens said to have meaningful, productive conversations, people really need to listen to what the other is saying. They have to be “connected.”

This connectivity is important in life, Pickens said, because it can lead to trying something you may be afraid to try.

He added that “Being an artist is being a human.”

“You need to listen to each other, and then something beautiful can be created.”

Several times, Pickens asked the students to discuss briefly among themselves ideas such as how they saw the performers react to each other during the improvisational pieces, and how emotions may have been interpreted.

He then pointed to several members of the audience and asked them their interpretations of what was going on during the performance and what emotions may have been felt by the musicians.

He said music, art and human beings are full of highs and lows, light and shadow, good and bad. He explained that the more the students could widen their emotional experiences, the more their art has the capacity to move others.

Robin Hart /robin.hart@amnews.com Harry Pickens, along with Terry Mahoney on drums and Chris Fitzgerald on bass.

Robin Hart /robin.hart@amnews.com Harry Pickens speaks to the students about art and life and how people should really listen to each other to “create something beautiful.”

Robin Hart /robin.hart@amnews.com Harry Pickens speaks to the students about art and life.