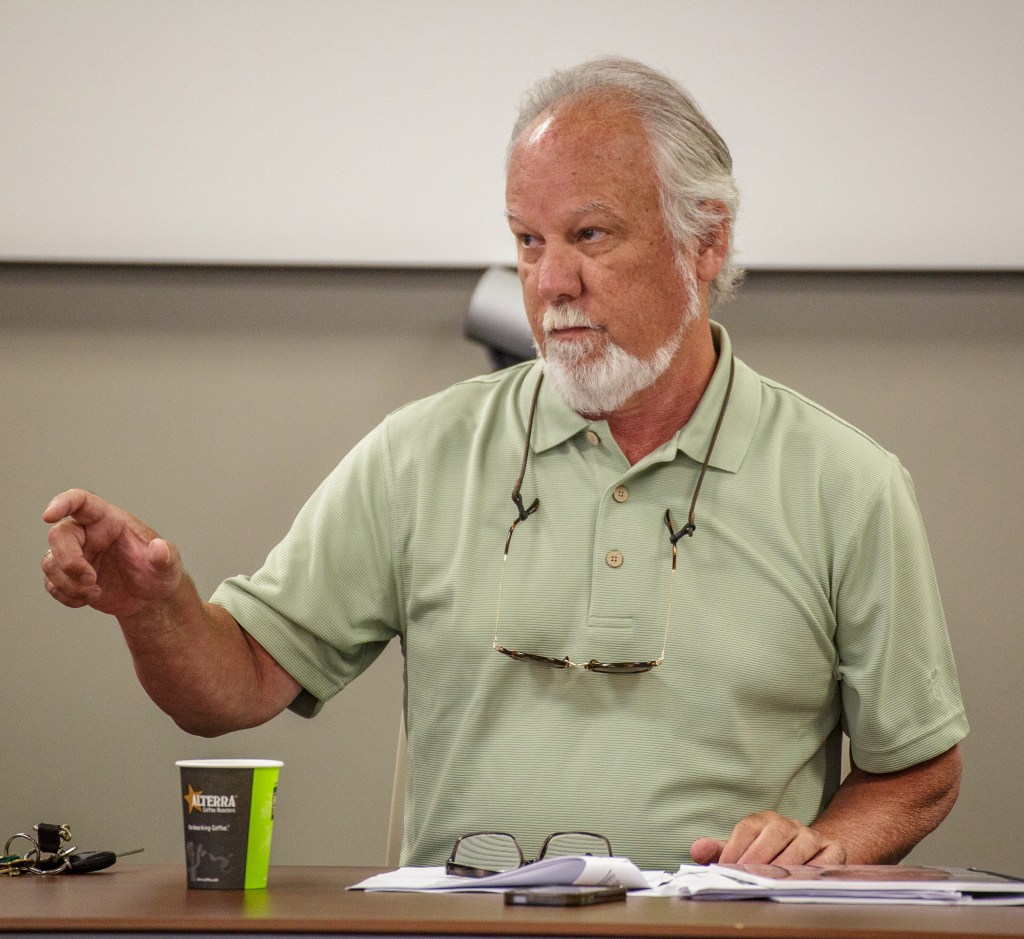 Economic development efforts in Boyle County will not grow as recommended by a strategic plan because the funding hasn’t materialized.

The Danville-Boyle County Economic Development Partnership passed what some called a “bare bones” budget for the next fiscal year Wednesday. EDP Chair Ben Nelson said limited revenue means the EDP essentially won’t be able to pursue any of the additional work called for in the public-private agency’s strategic economic development plan.

“We had to make some hard decisions about what was the best use of the money that we have,” Nelson said.

Funding from the public side of the EDP partnership has held fairly steady. The EDP expects to get about as much this coming fiscal year from Boyle County and Danville as it did this fiscal year. Danville gave the EDP an additional one-time infusion of $40,000 this year, which isn’t being repeated for 2018-19 — but the city is planning to increase its base contribution by $37,500. The Boyle County Fiscal Court plans to give the EDP the same amount of support it’s provided in previous years.

On the private side of the ledger, Nelson said the EDP’s budget anticipates a slight drop-off in “Chairman’s Circle” donations. The EDP expects to get around $145,000 in private contributions this year; the budget for next year is $138,000.

The biggest loss comes from the Boyle County Industrial Foundation, which for two years has provided a $90,000 base contribution and an additional $45,000 for marketing.

“This year, they’ve backed off of that,” Nelson said — the Industrial Foundation is planning to contribute just the base $90,000.

Nelson said the EDP submitted three different possible budgets to its partners as they decided how much funding to provide:

• An “as is” budget with about $404,000 in revenue would have maintained the EDP’s current level of activity.

• A stepped up version would have allowed implementation of some recommendations from the EDP’s strategic economic development plan, with revenue in the vicinity of $514,000.

• Revenue totaling about $578,000 would have allowed “full implementation” of the parts of the strategic plan the EDP can move forward with at this point in time.

Instead of any of those scenarios, Nelson said the EDP is anticipating about $393,000 in total funding from its partners.

The strategic plan includes six objectives for improving workforce development, which are broken down into 28 smaller action steps the EDP could take. Those objectives include:

• expanding the capacity of the Bluegrass Community and Technical College’s Danville campus; and

• developing the local workforce through training for groups of people such as those affected by substance use and jail inmates.

Nelson told the EDP Board of Directors the agency’s new Workforce Development Committee is still “getting its legs” but is working toward plans it could recommend to the full EDP board. As a result, he can’t say yet what specific projects the $40,000 could go toward. But the EDP board could carve out some funding for whatever workforce development recommendations are made — it would just have to be cut from something else in the budget, he said.

Nelson said the scaled-back budget also doesn’t put as much toward marketing Boyle County as it had in the past.

“I think what you’re seeing is we’ve stripped most of the advertising out,” he said.

EDP board members discussed the potential for a small amount of savings from what’s in the budget now if a change to a perk for EDP President and CEO Jody Lassiter results in less expense.

Lassiter currently receives a flat amount of $500 a month ($6,000 annually) for costs of driving his vehicle for work purposes. For the next fiscal year, the EDP wants to provide Lassiter reimbursement for the actual mileage he drives, perhaps at the state’s rate of 52 cents per mile, according to conversation at the EDP meeting.

“I think this is the bare bones budget,” said EDP board member Brian Hutzley, vice president at Centre College. “I think we desperately need to find a way to increase the revenue side.”

“This whole strategic plan, (the hope) was we could get this community to come together and to come and believe that economic development and investment in it matters,” but that hasn’t happened, Nelson said. “Not to say I’m not thankful for all the investors. I’m grateful, but that’s the reality we’re in.”

The EDP board approved the proposed budget unanimously without any changes.