Brian Deem leads Rebels to top of the region again 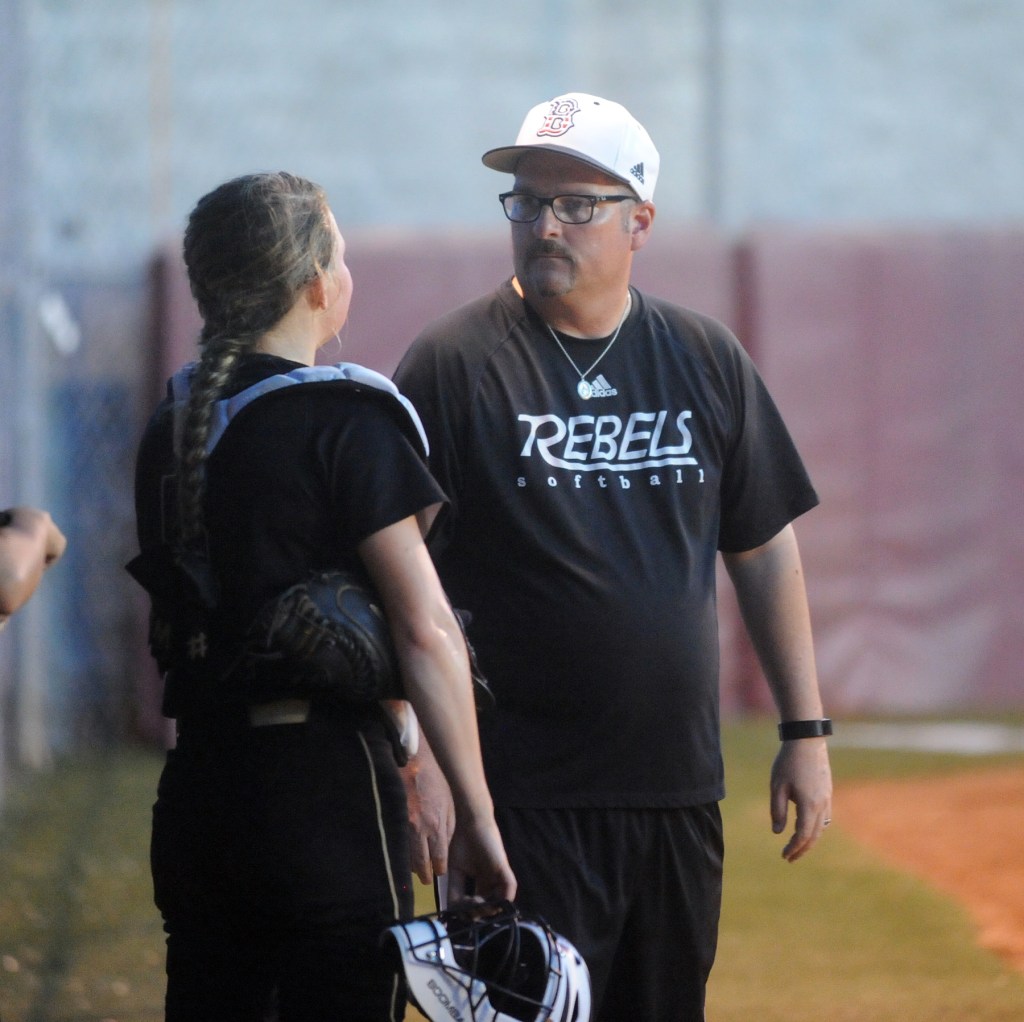 Brian Deem has been head coach at Boyle County for seven years.

Deem led the Rebels to their second-straight 12th Region championship this year, a 27-12-1 record, to earn Advocate-Messenger All-Area Softball Coach of the Year honors.

“It was just staying the course and the resiliency of these kids,” Deem said of the Rebels’ success this season. “They never stopped believing in themselves, kept coming to practice, working and improving. They just stayed the course and realized that nothing was going to be that detrimental to us as long as we kept playing and working for May. That was our motto: Work wins. We just came back to go to work, after a win or loss, come back and work.”

It certainly wasn’t a winning start to the season: Boyle lost its first three games of the season (all to top 10 opponents) and was 9-7 after the Tri-State Showcase at Boyd County.

That showcase was one of many trips outside of the 12th Region for the Rebels this season: Boyle finished with a 9-0 record in region play, which is a much lower total than what most teams play in a season.

The Rebels’ strength of schedule was the toughest in the region, according to MaxPreps.

But strength of schedule was only one challenge this season — the biggest for Deem and his players? Building team chemistry.

“I think every year the most challenging thing is you have different dynamics and a different team chemistry,” he said. “We brought back about 95 percent of the team that won region the year before, but their personalities still change as they mature. The way they think as a sophomore and junior can change by the time they’re a junior and senior.

“The biggest thing for me was to get them to understand that they had to work, to block out outside disturbances and keep their eyes focused and blinders on, focus on us. I felt like if we focused on us, we’d put ourselves in a position to win. It’s a grind,  we had a number of tournaments that we played in, rained out, it’s exhausting mentally and physically. But they found a way to gel, come together at the right time and we peaked at the right time.”

Deem was sure to credit his assistant coaches — pitching coach Jessica Speake and first base coach Jay DeBord.

“I’m a lucky man. Between the two programs I run, softball and soccer, I couldn’t be more happy with the staff that I have,” Deem said. “I give Jessica full reign over the pitchers, she designs their workouts, she’s in charge of the pitch calls. She does a fantastic job. Her passion for the game and to see these kids be successful is exactly what I want.

“Jay DeBord is my voice of reason, so to speak. He’s more laid back than Jess and I. Jay’s the one who is laid back and keeps everything balanced for us. His knowledge of ball is exceptional as well, he works great with our catchers and outfielders. Jess works with pitchers and middle infield and I work with the corners and our total team defense. What I like about it is we have areas of expertise that we all feel very strongly about, I’m able to delegate and allow them to work in their areas of expertise and I just explain to them what I want.”

“Then we had our two younger JV coaches, Chelsea Gill a former player of mine, she knows exactly what I want, and Taylor Estes who works part time with us as well. She played a few years of college ball at Marshall University in Conference USA. She brought in immediate energy, constant energy that you see on TV. That’s why our dugout was so boisterous, they made sure that they provided us the energy to keep going when we were in those lulls during the game.”

In all, Deem said he’s been blessed with the people in and around his program.

“It’s always an honor to be recognized but really I’m not the one to get the award. The award should go to my entire team and my staff,” Deem said. “The amount of hours that those kids put in and work, the amount of hours my staff works, I look at this as a program award. It’s not an award for Brian Deem, it’s an award for Boyle County softball. You’ve got to have great parents that support your program, you’ve got to have great kids that believe in you, and you’ve got to have a great staff that believes in your vision, too.”