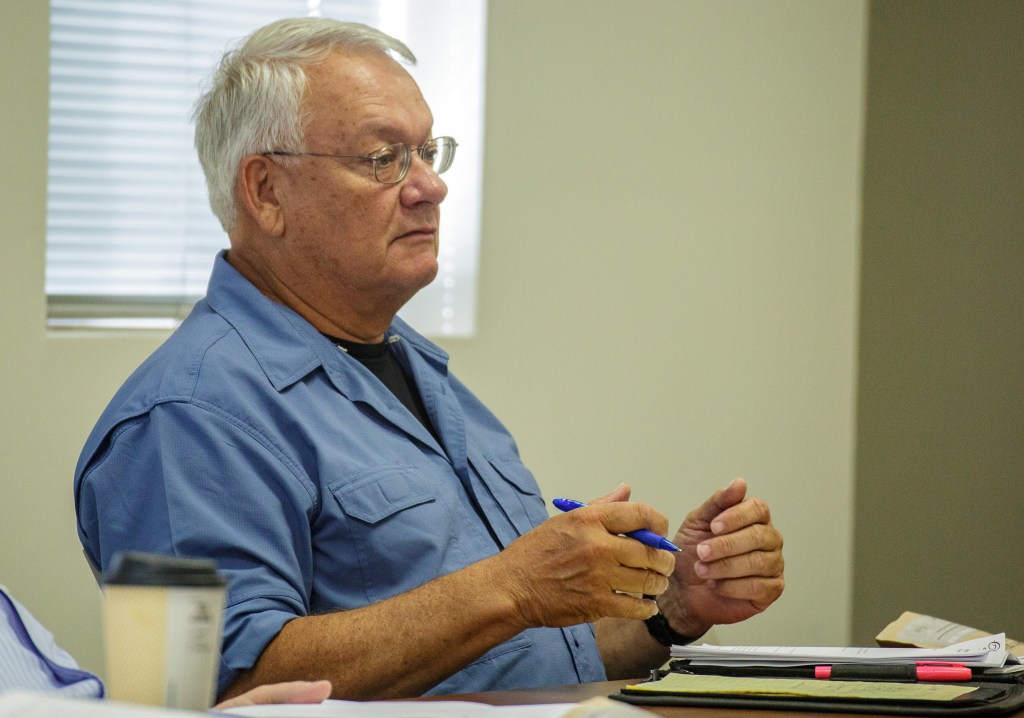 Can the Danville-Boyle County Economic Development Partnership legally give a portion of private donations back to an employee as incentive pay for successful fundraising?

The answer to that question could cost the EDP $1,500. But even if it is legal, there’s still a question in some EDP board members’ minds as to whether it would appropriate.

Nelson had expected a lively debate over whether the EDP board would agree to give Goode an incentive payment of as much as $4,500 — 10 percent of the estimated $45,000 in new private contributions Goode helped raise during a short stint as vice president. But Nelson said he had not anticipated “hearing words like ‘illegal,’ ‘unethical,’ ‘unconstitutional.’”

“That is evidence to me of our need as a partnership to get some independent legal counsel that can help us resolve these kinds of administrative questions that we seem to get tangled up in,” he said.

In a split vote last month, the EDP board voted to calculate exactly what Goode’s incentive payment should be, over strong objections from multiple elected officials. Within hours of that vote, Goode had voluntarily withdrawn his request for any incentive pay.

But while Goode’s pay is no longer an issue, EDP President Jody Lassiter has said he plans to recommend that whoever is hired in Goode’s place be offered incentive payments as part of the compensation package.

Objections to the concept of incentive pay came from Danville City Manager Ron Scott and Boyle County Judge-Executive Harold McKinney, among others.

Scott said city and county governments, which provide the majority of funding for the EDP, are prohibited by the Kentucky Constitution from paying bonuses to any employee.

“I think it’s inappropriate to pay on this, because it’s illegal to do so,” Scott said in May.

McKinney took issue with the idea that the incentive pay would be coming out of the private donations raised, not government funds.

“That’s just taking it out of one pocket and putting it in another,” McKinney said in May. “… I just think this is a bad thing to do.”

When Goode made calculating his incentive pay a moot issue, Nelson said he reassigned the board members who were going to calculate the pay to instead find out how much it would cost for an attorney to provide an opinion on whether a public-private partnership like the EDP could legally give incentive payments to employees.

Board member Marty Gibson with Farmers National Bank said they contacted a firm in Lexington with expertise in dealing with public/private corporations, and got a commitment that an analysis of the incentive pay question, along with analysis of other legal questions that have plagued the EDP, would cost no more than $1,500.

Additionally, if the EDP wanted the firm to provide any extra consulting, it would cost no more than $350 per hour.

Gibson said he had expected estimates to be around $2,000 to answer the question, so the $1,500 maximum seems “reasonable.”

Nelson said there are many local attorneys that would in theory be capable of analyzing the law and providing an opinion, but many have other duties that could be perceived as biasing their answers: city and county attorneys are paid by the EDP’s public partners; local attorney Winfield Frankel works for both Perryville and the Industrial Foundation; even Lassiter is an attorney but his opinion on the matter could be perceived as biased because he works for the EDP board.

“We need to look for somebody that doesn’t have a dog in this fight,” Nelson said. “… We need to go find somebody that’s totally neutral so that when we have these internal disagreements as to what our protocol is … we can go say, ‘Hey, can you give me an opinion?’

“… At the heart of this is this notion of — we’re a public-private partnership and what constraints or limitations that presents on our operational parameters? We don’t have agreement.”

Board member David Williams, appointed by the fiscal court, said he serves on the Boyle County Fair board and asked the fair’s attorney if she could look at the matter. She told him the laws surrounding public-private partnerships are so complicated she couldn’t write an opinion on it for fear of liability if it’s wrong.

Board member Denise Terry, a Danville city commissioner who was among those opposing the incentive pay in May, said the legality of incentive payments is only one question the EDP must consider.

“Even if someone advises us that this is legal — we need to keep in mind, even if it’s legal, should we still do it?” Terry said.

Nelson, who agreed with Terry on asking the further question, said the EDP’s struggles with the rules concerning public-private partnerships are taking attention away from what the EDP is supposed to be working on.

“It continues from my vantage point to encumber our ability to focus on the business at hand, what we need to do,” he said. “I’ll say it pretty blunt — until we come together as a group and have a better understanding and we’re not at different points of understanding, I don’t know how to move this group on.”

Multiple members of the EDP board said they don’t want to hire a new vice president until the question is resolved; Nelson agreed.

No action was taken concerning hiring an attorney for the matter.

Also at Wednesday’s meeting, the EDP board heard an update that seven people applied for Goode’s former job, and Lassiter has recommended three of them to a panel of board members for further review. The EDP’s approved 2018-19 budget includes less than a full year of funding for the position in anticipation that whoever is hired wouldn’t start until at least August.

According to the employment offer given to Goode when he was hired, his salary was set at $75,000. He was also offered health insurance, but declined because he already has insurance elsewhere; a 3-percent retirement contribution match; $250 monthly for travel expenses; $100 monthly for a cell phone; and $1,000 annually for professional membership dues.