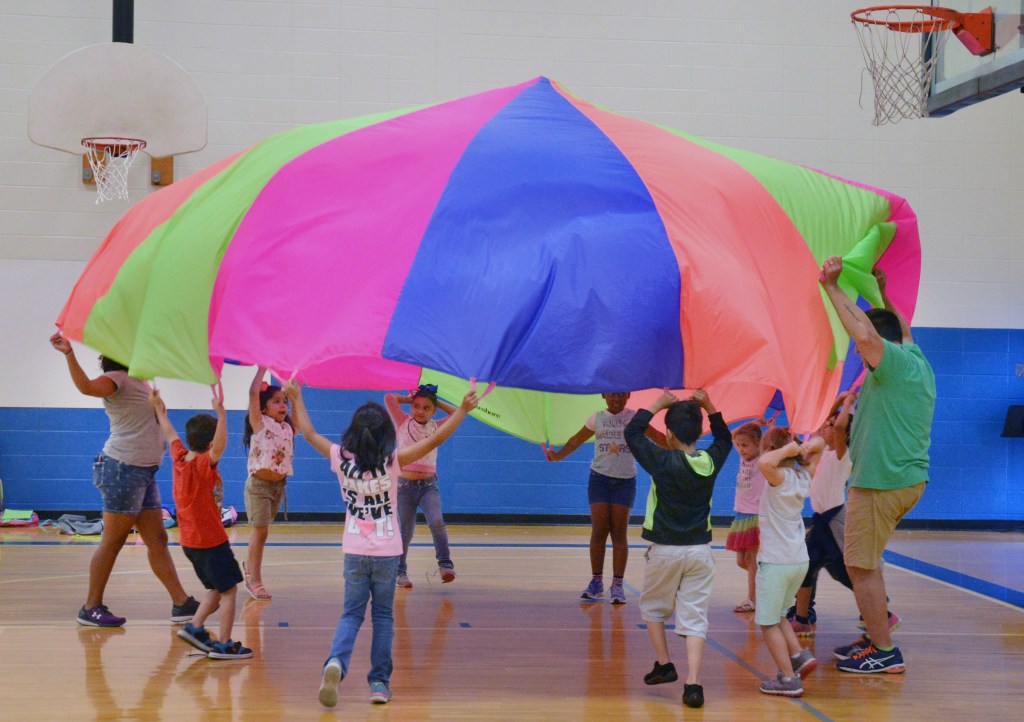 Photos by Robin Hart robin.hart@amnews.com Students in a PE class work together to inflate a parachute.

Students in kindergarten through eighth grade who are enrolled in the Danville schools were eligible to attend the free camp, which ran from 8 a.m. to noon Monday through Thursday.

This year, students in grades fourth through eighth could select two classes each week, while the younger students got to rotate through all of the classes. Some of the classes for the older students included cooking, astronomy, musical theater, fitness, hydrology, electrical principles and eatable science experiments.

Nataliine Martinez, left, and Hailey Murlock practice the art of finger knitting during a sewing class.

Photos by Robin Hart robin.hart@amnews.com Students in a PE class work together to inflate a parachute.

In a sewing class, Riley Russell, left works on an embroidery project while Moira Kelly cuts out the pattern for a skirt and Zaviera Simpson finishes a small pillow.

Students in the Flea market flip class decoupage a wooden anchor with photos taken during the STEAM camp.

Riley Russell works on an embroidery project during a sewing class.

Keagan Walker leaps over a hurdle as he races on an obstacle course Thursday morning.