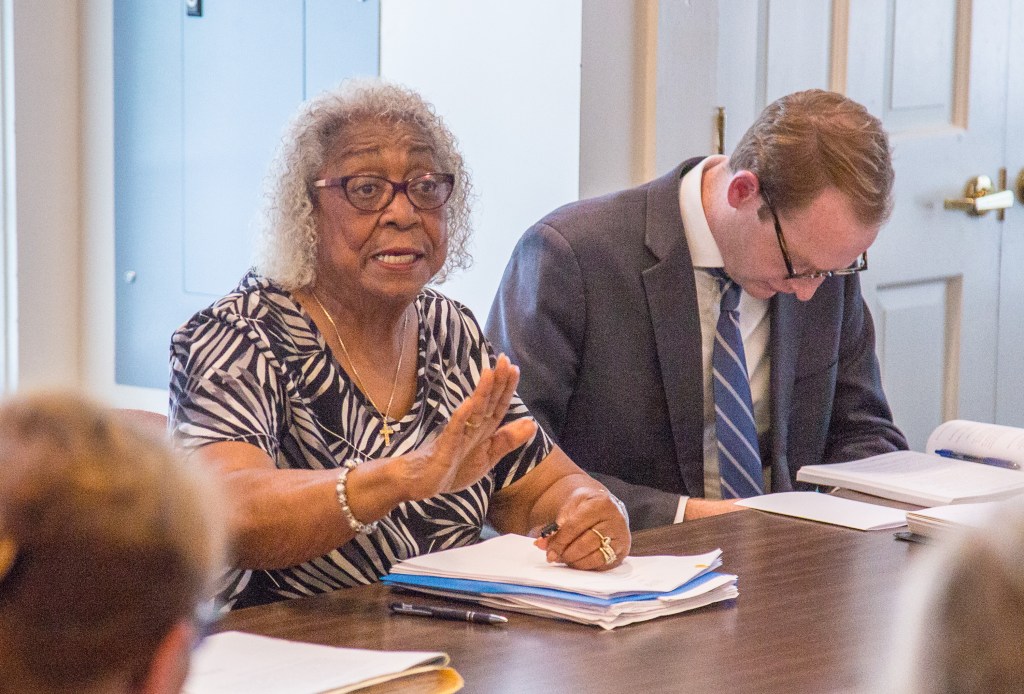 Perryville City Council put off choosing someone to fill its empty sixth seat during a special called meeting Thursday night.

The council heard from five residents who said they would like to be appointed to the seat, which was vacated by council member Jerry Houck June 7. Then, they voted to enter closed session to discuss the matter.

When they emerged from closed session about 40 minutes later, City Attorney Winfield Frankel said the council would not be taking a vote to appoint anyone.

“At this point in time, the council has decided to research the proper mechanism for appointing a new councilperson. There’s some issues with whether or not it needs to be a unanimous decision by the council or if it needs to be a majority vote by the council,” Frankel said. “So we’re going to take time to research that, talk to the Kentucky League of Cities and decide what the best way to conduct this vote is going to be.

“I know that might be frustrating for some people but I think the council … would like to do this at our next regularly scheduled meeting on July 5.”

Frankel said that date falls within the 30-day window the council has to appoint someone to the empty seat, as required by state law.

The five who spoke as candidates for the empty seat Thursday night were:

• Danielle Pruitt, who said she has been living in Perryville for 11 years and Boyle County for 20. “Somebody said there was an opening, so I threw my name in,” she said. “I think I offer a broad spectrum (of experience); I’ve lived in a lot of different places.”

• Amber Noakes, who said her family owns S&A Furniture in town. Noakes said she has lived in Perryville essentially her entire life. “I always give 110 percent in everything I do, so that’s why I think I would be good for this.”

• Kelly Gray, who said she has live in Perryville for most of her life. She is a librarian reading specialist at Woodlawn Elementary School. “I’m passionate about this town. I’m proud to call it home.”

• Ryan Norvell, who said his family has been living in the city “since Perryville was Perrryville.” Norvell said he previously served two terms on Perryville City Council and volunteered his maintenance abilities for the city while on the council. “I get the job done. And I think I proved that when I was on the council.”

• Tim Simpson, who also previously served for two terms on the council and is currently Perryville’s artist in residence. “I’d be honored to be in the seat until the duration of the term, and I’d appreciate if you’d vote for me.”

There was some question of whether the council would go into closed session or not following the candidate introductions. Frankel said state law allows for public agencies to hold closed session for “discussions or hearings which might lead to the appointment, discipline or dismissal of an individual employee or member of a public agency.”

“I’ll leave that up to the council,” Frankel said. “I think it’s kind of a close call. As long as there’s no final action taken.”

Houck stepped down from the council because he said he no longer owned property in the city, according to news archives.