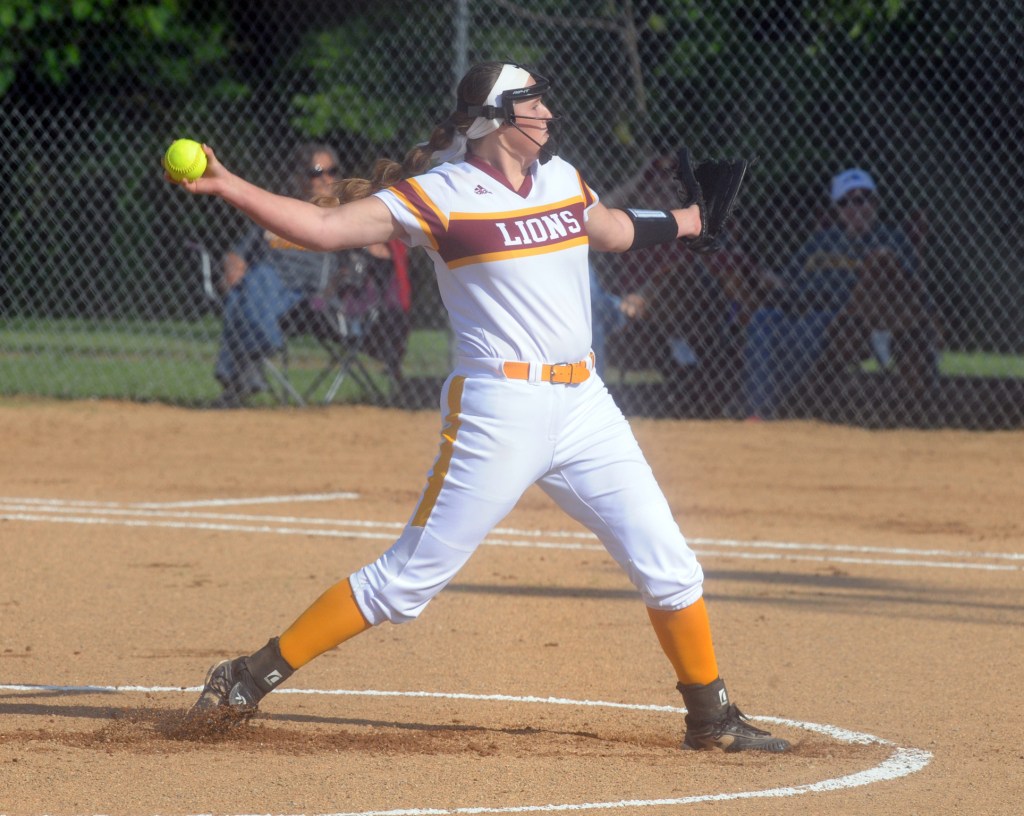 Kelsey Perkins had quite the year for Garrard County.

The junior dominated in the circle for the Golden Lions, winning 14 of the 22 games that Garrard won this season. She pitched the big games and had a 1.52 ERA to go with 178 strikeouts.

Perkins is the Advocate-Messenger All-Area softball Pitcher of the Year.

She credits the defense behind her for aiding her to such a successful season in 2018.

“Our defense was great behind me,” Perkins said. “I worked hard for forever it feels like, we just had a good year. We all worked together. Our bats were pretty good but I knew that if I missed a spot, my defense would be there to back me up.”

Her goal for each at-bat wasn’t to earn the strikeout, despite her eye-popping strikeout total. Her goal was to hit spots.

“My goal is to hit my spots and just trust that my defense has my back,” she said. “If I strike them out, that’s definitely a bonus. It’s great to strike people out but we just need the out.”

Perkins said she really worked to improve her all-around game as an upperclassman this year.

“Definitely speed wise, accuracy, hitting spots,” she said. “Just the amount of work put in to getting better has changed for me this year. Defense has definitely changed, too.”

Montgomery said that was easy to see.

“You could see a big difference in her speed, her velocity and the spinning of the ball, the tightness of the spin,” he said. “She was able to develop several different pitches that we were able to use. The key to pitching is hitting spots, the speed matters but hitting spots is as key as much as the speed is.”

Montgomery saw more than an increase in numbers from Perkins this season. As a junior, he said she really showcased her leadership ability on a team with just two seniors.

“We’ve talked to that among all of our players, our upperclassmen and seniors, are asked to provide that leadership and you can see that in Kelsey,” Montgomery said. “If she saw someone get down on herself, she would go over and speak to them ‘get this done,’ or ‘don’t worry about it, make the next play.’ And you have to have that with your players, especially your pitchers. They’re looked at as a leader and she provided that leadership. She’s willing to accept it, we ask her to take that role and she accepts it. It’s a big job and she’s a great kid, there’s a lot of pressure in that circle. We’ll count on her being a big leader next year as well.”

“That was one of our goals was to hope everybody would fall behind those two, help us lead. But we had a few players who needed to step up and lead everybody,” she said.

Perkins was named to the East Kentucky junior All-Star team and performed with some of the best juniors in the state.

“It’s definitely a big honor,” she said. “It was great to play with a bunch of talented players from all different areas of the state, just to see what everybody can do and see what’s out there. Me being a junior, it definitely feels kind of intimidating but I think I can hang with them pretty good. There’s still room for me to grow.”

Perkins and the rest of her team faced plenty of tough competition in the 12th Region this season — region champion Boyle County was from the same district, and seven players were named as state all-stars.

“I’ve said this before, I think the 12th Region is as drastically underrated throughout the years, not just this year,” coach Montgomery said. “This year was really deep, we had five or six teams who would represent the 12th Region well in the state tournament and Boyle County did. If you looked at the East/West All-Stars, I think every player who made it from the region except for Mattie was a pitcher. That shows you the depth of pitching in our region. It’s hard, if you don’t hit the ball, one or two runs can beat you. That’s what happened to us in region, we just didn’t hit the ball. Every game in the 12th Region there were battles.”

Perkins said she’s excited to return for her senior season  and continue to improve inside the circle.

“She was a big part of our success this year. We had to rely on her a lot more than we expected because defensively, we had to move Elle (Montgomery) and keep her at second. But Kelsey was more than willing to accept that role and she showed that she can handle it and did a great job.

“She represents Garrard County well, all of her characteristics, her academics, her leadership, her skill athletically is well representative of Garrard County and our softball program. We have excellent students, players and she’s just a typical athlete that we have here in our program.”