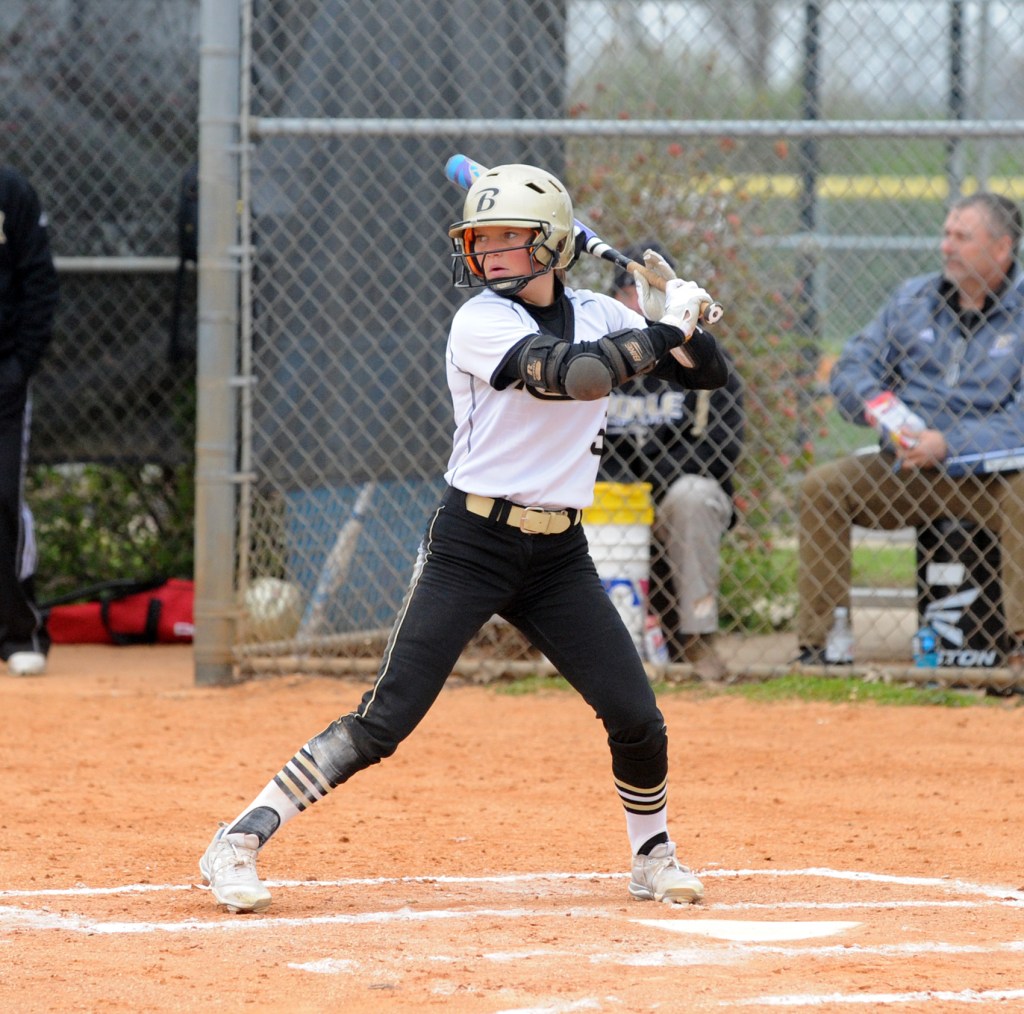 Mattie Robbins is a worker.

Since she joined the Boyle County High School softball team as an eighth-grader, it was her work ethic that stood out to head coach Brian Deem.

Her career statistics back it up: She finished with 554 career plate appearances and reached base 51 percent of the time. She had a .459 career average with 151 runs scored and 79 stolen bases.

It’s for those numbers and a strong senior season — helping Boyle County to its second-straight 12th Region title — that Robbins is the All-Area softball Player of the Year.

“Mattie led by example, working on the field and behind the plate,” head coach Brian Deem said. “Most importantly, she led by getting on base. If you go back to all the games in the last four or five years when she was our leadoff, when she got on base, that got us going. That was her leadership role, was to just do her thing, be exceptional at the plate and behind the plate, working hard for our pitchers. That’s what Mattie did, and that work ethic inspires our kids and our pitchers to continue to have comfort and realize that if they make a mistake, they’ve got Mattie.”

Robbins was an outfielder early in her career and through middle school — and she’ll be an outfielder in college — but her role at the high school was a catcher.

“Catching, that was a fluke,” Deem said. “We actually used her just to catch some bullpens one day years ago. She had nice form, good technique and a good arm. At that time, we pretty much had an open spot and had kids competing for it. I went to her and said, ‘look, it’s yours, just go get it.’ She took that to heart and really worked on how to set up, how to frame a pitch, how to throw from her knees, down to first. She understands pitch calling, why we’re calling things and how to set things up.”

It was simple for Robbins as an underclassman: She didn’t want to get yelled at.

“My eighth grade year, I came in hoping to play outfield. That was my goal, I’m naturally not what you’d see in a catcher anyway,” she said. “When I came up I was just catching bullpens, I’d stay after and help pitchers working on their pitching. My coaches and coach Deem always said you’ve got to go hard, no plays off. So I went hard when it was just catching bullpens, and I guess that got some attention. Me, I’m an eighth grader, I don’t want to get yelled at. So I went hard, trying not to get yelled at.”

It was that work ethic — first inspired by her fear of getting yelled at — that pushed Robbins to the top of her craft. She was selected to represent Kentucky in the Kentucky/Tennessee All-Star series, where she’ll catch one of the No. 1 pitchers in the nation in Montana Fouts of East Carter.

Deem noted that playing against high-level competition isn’t new for Robbins and other members of the team who play high-level travel baseball. She’s learned how to read defenses at the plate and on the basepaths.

“The thing about Mattie, she’s a student of the game,” Deem said. “She’s had to learn the game. Learn more than just going up and putting a ball in play — understanding defenses. I think that’s one thing that Mattie excels at, she understands defenses and she understands her strike zone. You can’t get on base over half the time without knowing what your strike zone is. It sounds like an easy concept, but with kids, it’s much more difficult than what people think. She understands what she can get to, what she can foul off and what is her pitch to put in play. That’s a big asset for her success at the plate.”

“It was exciting to be able to back-to-back region championships, but my goal this year was to really just focus on my team,” she said. “A lot of times I tend to get more frustrated with my at bats or my errors and stuff, this year my goal was to focus on my teammates and do what I needed to do to get wins for the team and not worry about how I was playing.”

That didn’t happen overnight — Robbins said it took time and tons of work to get to where she was confident at the plate.

“My eighth grade year, I was just excited about being on the team,” she said. “I never dreamed of getting playing time. Freshman year, starting catching, I was nervous at the plate all the time. I was thinking ‘I’ve got to get a hit or he’ll take me out.’ That’s not how coach Deem rolls, but that’s what I was thinking. As I got older, I got more comfortable about just doing the little things and not worrying about getting big hits.”

As a leader, Deem said Robbins’ game speaks for itself. She’s not the biggest, but she worked at her craft her entire career.

“In terms of Mattie, the thing that separated her from a lot of people is that they saw this kid, she’s barely 5-foot-4, but she’s as strong as can be,” Deem said. “She works out, she did all the right things to make sure her fitness levels were there, her endurance was there. She took care of her knees. She did a lot of the little things that we preach. I hope the younger kids look up to her.”

Robbins said she just knew what it took to be successful: She had to go 100 percent, whether it was catching bullpen sessions as an eighth-grader or finishing her high-school career with the best in All-Star games around the state.

“I feel like I try not to slack off, I go for every ball,” she said. “I don’t want to slack because I want it to come easy in a game like it does in practice.”

Robbins will play college baseball with teammate Channing Whitehouse — another All-Area first team member — at Cincinnati Christian University, where she’ll come in as an outfielder and catch bullpen.

She said she’s a little less worried about getting yelled at now compared to four years ago.

“Not as much, I’m not sure if coach (Cory) Gardner yells as much as coach Deem does. I’ll find that out soon,” she said. “I’m just excited to go play at the next level, I know coming in as a freshman it’s not definite playing time. I know I’ve got to work for my spot and prove I belong. I’m excited to meet new people and just experience the college game.”