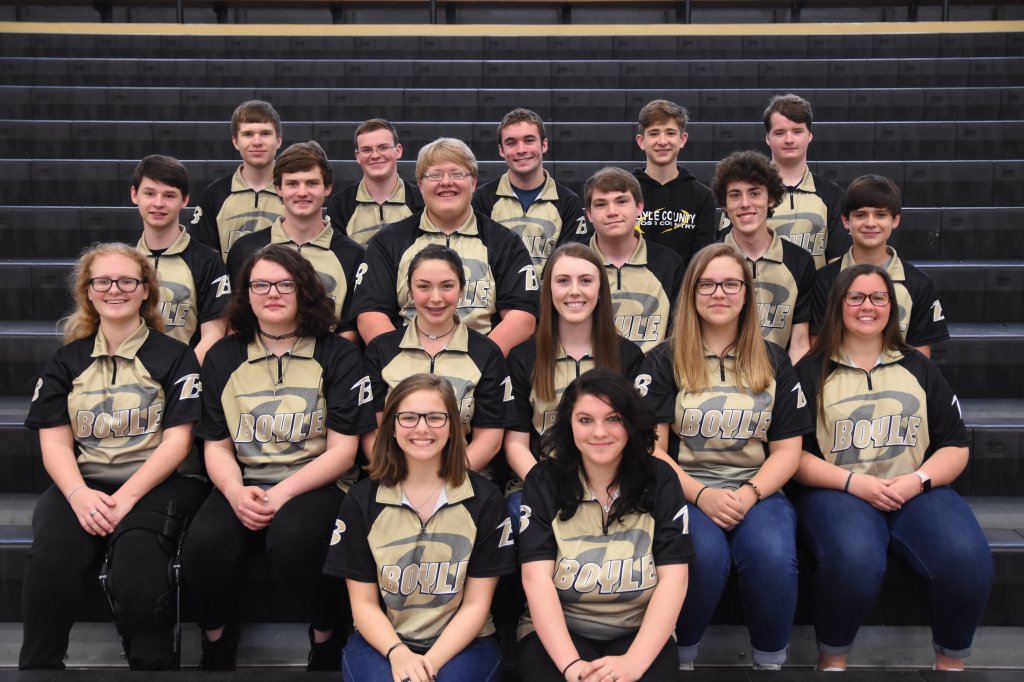 The Rebels competed in the NASP (National Archery in the Schools Program) World Tournament in Louisville earlier this month, with the varsity team finishing 37th out of 88 teams from across the country. Boyle County Middle School placed 29th out of 92 middle school teams.

Head coach Danny Whitehouse said that the teams have qualified before but this is the first year it has been a reasonable location for the Rebels.

“We’ve qualified about every year, but with the location of years past and without us competing for a top spot, it couldn’t warrant us spending the money to do that,” he said. “But with it being in Louisville this year, we went.”

It’s not just location that’s a struggle for the world competition — the June 7-9 competition sometimes doesn’t bring the best archers due to vacations after school ends.

It also competes with KHSAA state tournaments — Whitehouse was in Owensboro cheering on his daughter with the Boyle County softball team at the state softball tournament.

“I think the kids liked it. They enjoyed it,” Whitehouse said. “With it being so late, archery runs from October to June. It’s a long sport. We had several kids on vacation, out of the 23 kids that could have went on our team, we had 15 able to go. And we aren’t the only team like that, it’s just the nature of the beast.”

But for the archers that were in attendance, Whitehouse said he loved the result.

“For the kids that went, they did great,” Whitehouse said. “I was very pleased with the score that we came back with. We were missing several of our top archers. I hate saying we’re missing top archers, but we were missing some. Channing Baker wasn’t able to go, she’s signed with Georgetown to shoot archery. But for who we had going and the team we fielded, I’m very pleased.

“We’re losing 11 seniors this year and we’ve done that in the past, this year was kind of a rebuilding year but we had several new kids on the team, kids that were seniors who had never shot before. They had never picked up a bow. And they became some of our top archers, which is really great. You like seeing stuff like that.”

Results from some of those seniors could be motivation for those who haven’t tried archery in the past, Whitehouse said. It’s the sixth year that the Rebels have had an archery program but any time is a good time to come out for the team.

There’s also a promising class of middle schoolers with the team — Jace Clements shot a 281 to lead the eighth-grade class, placing 27th in his class.

“In the middle school, we’ve got kids who have bought into the program, they’re just into archery. That’s their sport,” Whitehouse said. “We have to compete with other sports all the time, but with this bunch coming in, some of these seventh and eighth graders have really bought into it. Going into next year I’m going to have several freshman able to step in and take the place of those seniors.”

“Competing against the teams in our region, we’re going against some of the best in the nation. They all have programs that are starting at the elementary level, fourth and fifth grade,” Whitehouse said. “For us only truly having a middle-school competing program going into high school, I feel really proud about that. Because we’re taking some kids who are first year archers and they’re competing with kids who have been competing for several years. If we can ever get Junction City, Perryville, Woodlawn programs started, I think that’ll get us to that next level.