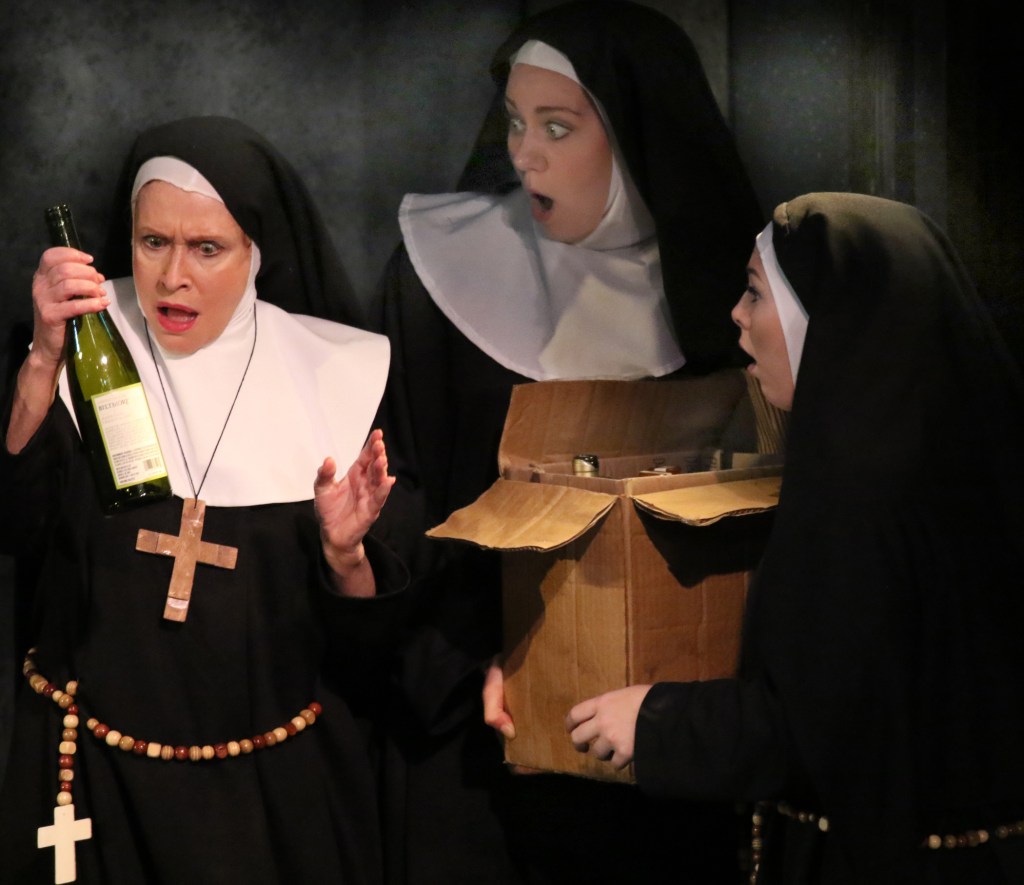 Pioneer Playhouse continues its 69th season under the stars with “Drinking Habits 2: Caught in the Act” by Tom Smith, a follow-up to last year’s runaway hit, “Drinking Habits.” 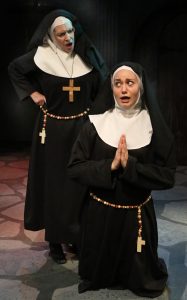 In the original “Drinking Habits,” a couple of reporters were hot on the trail of nuns at the Sisters of Perpetual Sewing, who were secretly making wine in order to keep the small, financially-challenged convent’s doors open. Ultimately, wine and secrets were spilled, and characters reconnected with long lost loved ones. Plus, the nuns ended up winning a huge award for their tasty wine.

This time around, in Drinking Habits 2: Caught in the Act, it’s the orphanage where Paul and Sally grew up that’s in peril, and the nuns decide to stage a play to raise money fast. Of course it’s also an opportunity for Sister Philomena and Sister Augusta to secretly get out the grape press and make a few bottles of that award-winning wine on the sly. What could possibly go wrong?

“The first ‘Drinking Habits’ took us by surprise,” says Heather Henson, managing director of Pioneer Playhouse and daughter the theater’s founder, Col. Eben C. Henson. “We knew the show was funny, but audiences just couldn’t get enough! Patrons created a big buzz and the play was sold out nearly every night. When we found out the playwright had written a second with the same silly characters, we just knew we had to do it.”

Reprising their roles will be Patricia Hammond as Mother Superior and Eben French Mastin as Father Chenille. 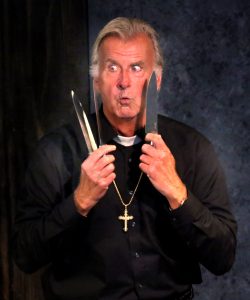 “This will be the last show of the Playhouse season to see Eben perform — and possibly the last show ever!” says Henson. “After 25 years, our cousin has decided to take a break from Pioneer Playhouse. He wants to spend his summers close to home with his wife and grandchildren, and of course we can’t blame him. We just hope he gets tired of ‘retirement’ and comes back in the not-too-distant future. I know audiences will miss him dearly, and our family will too.”

“Drinking Habits 2: Caught in the Act” will run June 26 through July 7, Tuesdays through Saturdays at 8:30 pm. A home-cooked dinner featuring hickory-smoked BBQ pulled pork or pulled chicken, farm-fresh sides and fruit cobbler is served at 7:30 p.m. each evening before the show (Vegetarian option is available if ordered 24 hours in advance). A bar serving wine, beer and mixed drinks will be open for those 21 and over.

Reservations are recommended for the show and required for dinner. Dinner and the show is $32; the show only is $18.

Pioneer Playhouse is located at 840 Stanford Road, Danville. Shows are held outside in a historic amphitheater, but moved indoors in case of rain or extreme heat. For more information and for reservations, call the box office at (859) 236-2747 or visit pioneerplayhouse.com.