Lightning strike may have caused fire at Boyle library 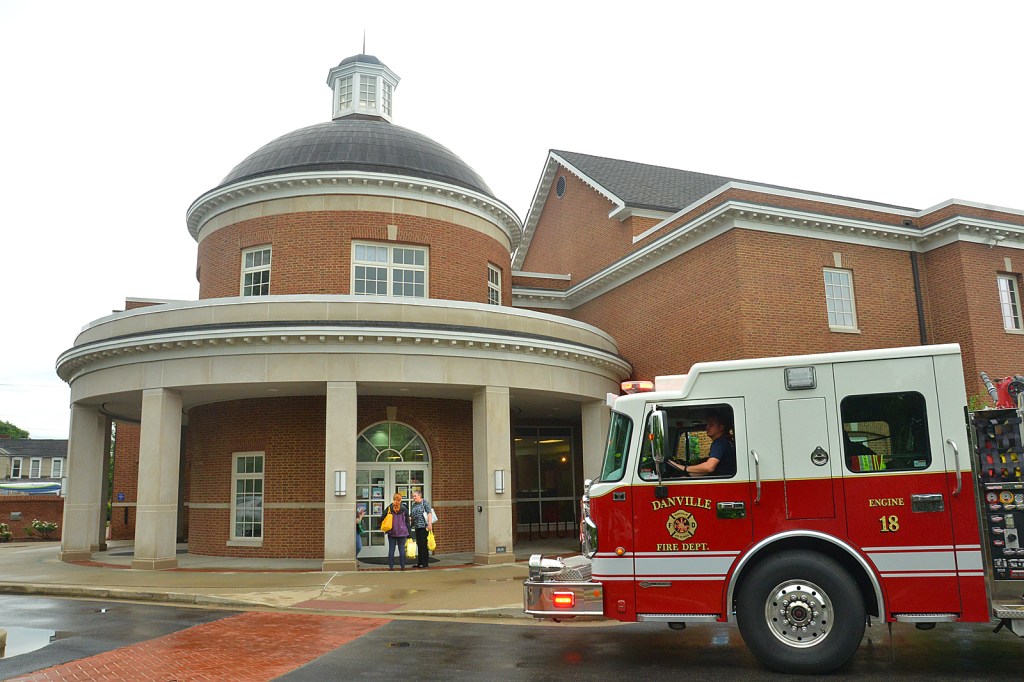 Danville firefighters work at the Boyle County Public Library Monday, after a small fire in the building. (Photo by Robin Hart)

An emergency backup generator at the Boyle County Public Library may have caused a small fire inside the building late Monday morning.

According to library director Georgia de Araujo, it is believed a lightning strike during the thunderstorm that rolled through the area Monday morning struck the emergency generator that’s used to run sump pumps during a power outage.

It appears an electrical surge shot through the line, across the parking lot and into the generator control panel on the main floor mechanical room inside the library, which caused a small fire.

When fire alarms sounded, the building was evacuated and library employee Isai Rivera used a fire extinguisher to put out the flames before Danville fire fighters arrived, de Araujo said.

The fire department used fans to ventilate the building and clear any lingering smoke. The library was reopened less than an hour after the fire started.

de Araujo said everyone there was thankful that Danville Fire Chief Ken Pflug and all of the fire fighters responded so quickly. They’re also very thankful for Fire Marshal Doug Simpson, who provided the library staff with fire extinguisher training last year.

“We hoped we’d never need it, but today it was a life-saver,” de Araujo said.

More information about the cause of the fire may be available tomorrow when the generator maintenance people take a look at the fried control board, de Araujo said.

Standing outside the front doors after all of the excitement settled down and the fire trucks were gone, de Araujo said there were several children who were standing outside during the evacuation and were very concerned about Lily, the children’s library rabbit. She said the air quality didn’t get too bad and she wanted to let all the children know: “She is fine!”