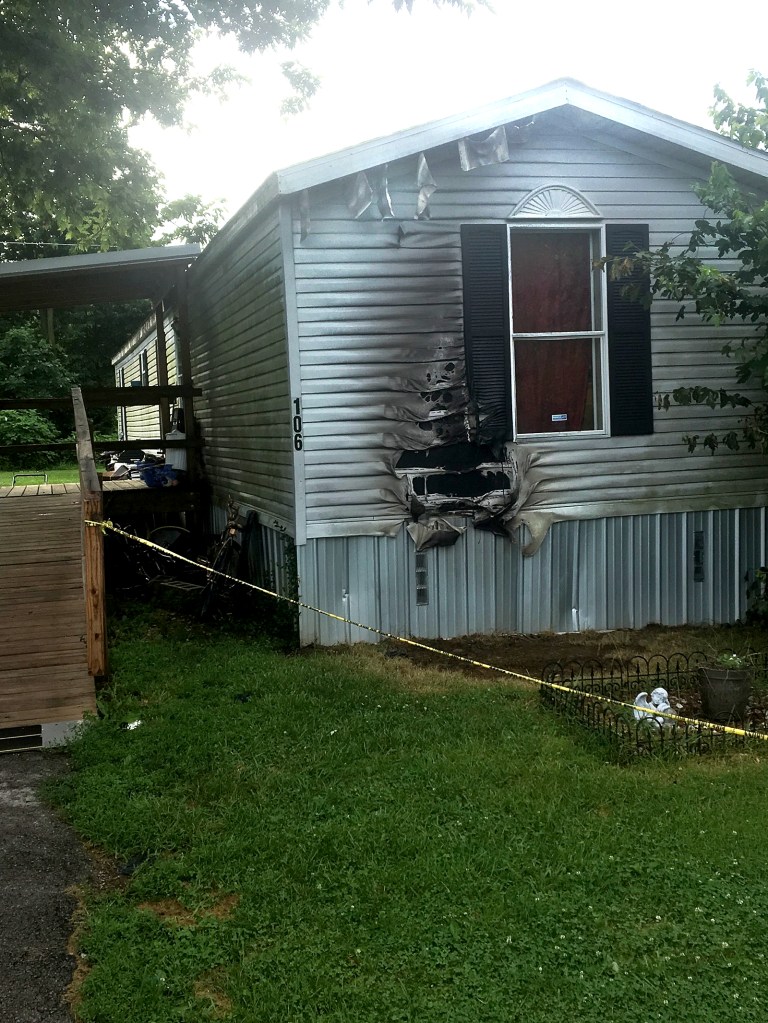 JUNCTION CITY — The Kentucky State Police, Richmond Post is investigating a fire that damaged a residence on Hickory Lane in Junction City during the early morning hours of Saturday, June 23.

The first call to 911 was reported just after 12:45 a.m. and when the fire was extinguished, first responders noticed that the majority of the damage was isolated to the exterior of the mobile home. As a result, investigators are attempting to identify a suspicious person who was seen wearing an orange shirt and gray sweatpants in the area just before the fire.

The Arson Task Force is offering up to a $1,000 reward for information leading to the arrest and conviction of the person(s) responsible for starting the fire.

The ongoing investigation is being conducted by KSP Post 7 Arson Investigator Pat Alford.