Area soccer coaches agree: There’s nothing quite like the World Cup.

It’s a learning experience in multiple ways for young athletes.

Here’s what each coach had to say, on their predictions and what their team can learn from watching the event: 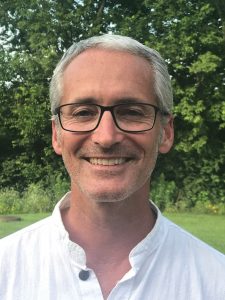 Prediction: “You’ve got teams you think should be dominating and they’re not, then teams that shouldn’t be winning and they are. I think it’s cool that Argentina got through, I like Messi and I want them to do well. My son, Evan, thinks Spain is going to win it all.

“I’m curious to see what Croatia does. They’re pretty tough. I don’t think there is a clear-cut powerhouse. (Cristiano) Ronaldo is playing well, he’s carrying Portugal, he’s being the superstar that (Lionel) Messi should be. I think it’s going to be fun. One of the announcers said there’s not a whole lot of difference in skill level, the technical ability of the guys these days. It’s just not so obvious anymore, even teams like Iceland did OK. It’s going to be fun, it’s going to be competitive.

Advice for players: “First, I just tell my players to please watch. I hope they will watch the guys playing their position and what they do without the ball, that’s the big thing. It’s one thing to just follow the ball around the field, but when you’re watching the guy at your position and what he’s doing without the ball, that’s what I’d like them to do. Honestly, just watching it and seeing the emotion, how they move the ball around, how passionate they get, I think that’s great and it’s a good experience. 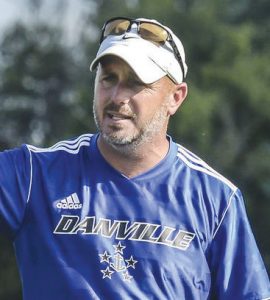 Prediction: “I like Belgium and I like England, they’ve had a good couple of games. But you can’t say, just because Argentina and Spain, they haven’t been dominant but you can’t rule them out because of the players that they have.

“If Ronaldo wins the World Cup, that would solidify his resume possibly as the greatest of all time, I don’t know. But that’s how this tournament has been, Germany you’d never guess would go out and they’re out.

“Mexico, I’d love to see them, as much as it’s a hatred when they play USA, you always want your neighbors to do well. I know I’d never hear the end of it from Claudio, Jesus, those guys. But it would be good for them, this group.”

Advice for players: “To me, everything that I’ve seen, it reiterates why I like the game of soccer so much. This would be a good World Cup for people who aren’t fans to watch because it has been so exciting, it has come down to the final minute in so many different games.

“Argentina has arguably one of the best to ever play the game and it just shows how much of a team sport it is, how it takes all 11 people for you to be successful. That happens in all sports, but to me it stands out more in soccer.

“I try to get my players to not watch the ball. When you stop watching the ball, you really start learning the game. That’s the same thing we say, ‘quit staring at the ball and look for your teammates, look for their team.’

The speed, of course, is very fun to watch, then how they apply pressure and attack the ball. You’re not going to see a lot of stabs or missed tackles. They’re there and when they go in to tackle, I say it a lot: You’re either going to stop the ball or the man. Both of them can’t get by you.

“Those guys are playing other places, making millions of dollars, they love winning club championships, but you can see on their faces how much they love playing for their country. The World Cup is the highest stage for a soccer player. I love that patriotism, all that stuff.

“That goes back to high school sports, it’s kind of similar: you’ve got select soccer, travel baseball, AAU basketball. Those are really good things for all kinds of reasons, but there’s something about playing for your school, representing your community. You’re trying to bring pride for your school. It’s a fun experience and you can definitely see it in the World Cup.” 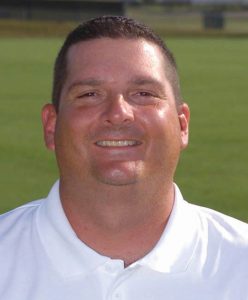 Prediction: “I’m going to be honest, the Swedes are the ones that I’m most impressed with. Their style of play is physical, I think they do a good job possessing, they have the firepower to put the ball in the back of the net. If you take away that set piece against Germany, they draw from that and beat Mexico 3-0, they’re in the driver’s seat there.

“The Mexico team I think will be the most dangerous in terms of physicality. Argentina and Spain, they’re the technical teams moving the ball around. Then you’ve got Neymar for Brazil, it’s hard to go against him.

“I’m going with the Swedes to pull off some upsets and be in that final game. They’re in the good bracket. If I had to make an exacta box, I’dbox Sweden and Belgium. There’s my prediction.”

“That’s the first thing I would say, the second is patience. I can speak for my kids, we get impatient and we try to force it into bad spots and that forces turnovers. Again, they are world class soccer players, but you watch how patient they are, they never force a ball. They’re making sure that when they play a ball direct, it’s going to allow them to be productive. Watch the patience, and watch the first touch. 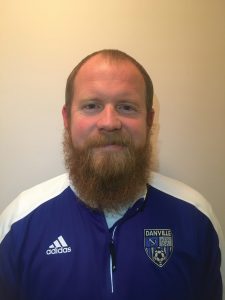 Prediction: “I think it’s been pretty good, the big surprise was Germany not making it to the Round of 16. I’m disappointed the USA isn’t there, those Volkswagen commercials are kind of hurtful. But for the most part it has been pretty good.

“I still like Belgium. They’ve scored a lot of goals, they beat England (Thursday). And look at the side they’re on, you’ve got Brazil, Mexico, Argentina, but really, I think the most impressive of those has been Mexico. If anyone has a chance to get out of that side of the bracket, it’s Belgium. But you can’t rule out teams like Spain.

“You’ve got to think at the end of the day it’ll be Spain. And England, they’ve been impressive. They’ve scored a lot of goals, they had a big game against Panama. That was a shocker to see them up 5-0 at halftime. But I think they’re dangerous. Spain is always looming, as much as I like everyone else I’m always worried if I don’t pick Spain.”

Advice for players: “Any time my players watch any kind of national or professional team, it’s always about the movement, see if they can pick up their position, how they are moving off of the ball.

“Because really, that’s the main thing that I want them to pick up on, see examples of how teams are setting themselves up and giving each other options instead of just waiting till you have the ball.”