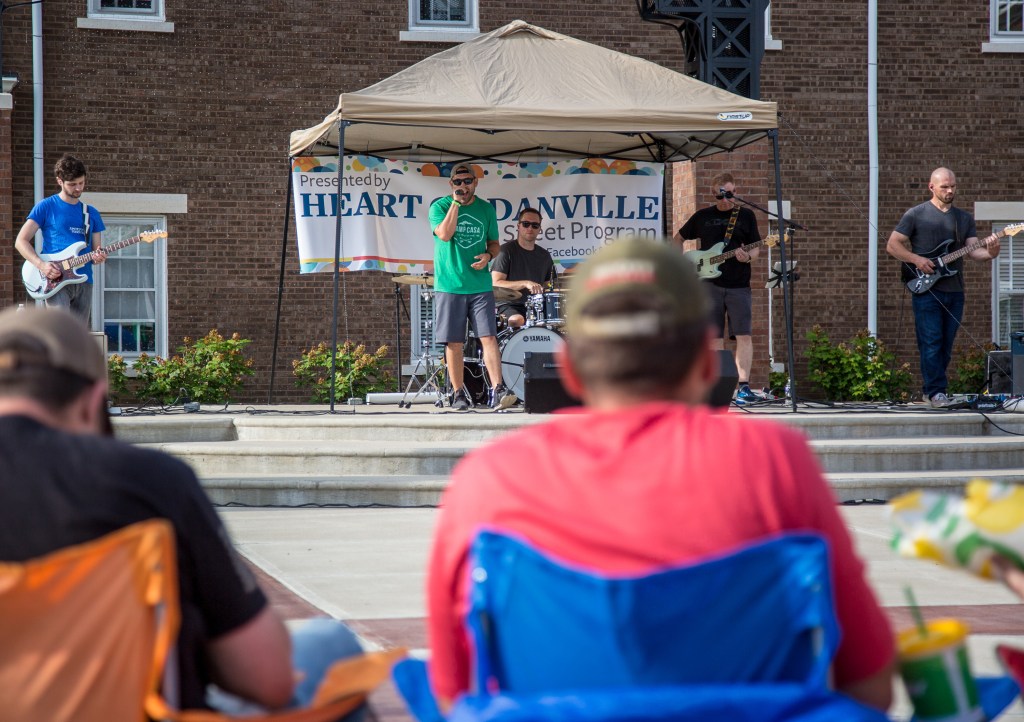 Before the Heart of Danville Board of Directors passed its 2018-19 budget Thursday morning, board Chair Logan Germann expressed his feelings about the City of Danville cutting the organization’s funding by $37,500.

“You will notice that our funding has been drastically cut by the Danville City (Commission),” Germann said. “I listen to what people say, but I also pay attention to what they do, and they tell us they appreciate all that we do, but their actions don’t seem to reflect that.”

In the past, Heart of Danville had received $110,000 annually from Danville. The funding was passed through the Danville-Boyle County Economic Development Partnership.

“I am personally rather disappointed and it appears that the Danville City (Commission) does not value our work,” Germann said. “… I think if any of us were an employee or had an employee, and we told that employee, ‘Hey, you’re doing a good job but next year I’m going to pay you half to do the same job,’ I don’t know if we’d be keeping that employee on the payroll, happy and working as hard as they had been.”

Germann said it was time for a “call to action.” He urged those who think the downtown area is a vital part of the community to become a member of Heart of Danville, and urged existing members to turn in their dues. He also asked the board to invite people to support the Heart on social media, through letters to the editor and to volunteer at the organization’s many events.

“That being said, Nick and Dustin, have you some bailing wire and duct tape to put this budget together?” Germann asked the Heart’s Executive Director Nick Wade and Office Manager Dustin Duvall.

Wade said another loss of revenue came from the Convention and Visitors Bureau general sponsorship. The Heart had requested and anticipated receiving $10,000 from the CVB, but only received $2,500.

Another surprise expense the Heart had to absorb in the coming fiscal year is $2,000 they will have to pay to the EDP for accounting services.

Wade said he just found out during last week’s EDP meeting that EDP partners were expected to share the EDP’s $10,000 cost for accounting services — an expense the EDP had historically always taken care of. Wade said the Heart is being asked to share equally in the accounting costs, even though its accounting needs are much simpler than the EDP’s.

Board member Megan Noltemeyer said she’d like the EDP partners to have a conversation about how this financial shift of responsibility came about “because it was unexpected. And when we have such a significant budget cut, $2,000 is a lot of money.”

“It was told to us that there wouldn’t be any harm done to the partner organizations and that everything would remain the same,” Germann said. “And that’s definitely not the case.”

Wade said he found out Main Street Perryville was made aware of the new accounting expense in February when Vicki Goode, director of MSP, applied for funding through Boyle County Fiscal Court.

“We were not told that information until I was sitting at the EDP meeting last Wednesday,” he said.

Wade said he believes when a consultant developed the strategic plan that called for reorganizing the EDP, a goal was to have the EDP partner organizations function more independently.

“I think that the consultant wanted the partners not be so intertwined and dependent upon one another and pay their fair share of things that we’re able to utilize here.”

Noltemyer said she was concerned there may be other hidden expenses the Heart would have to be responsible for in the next one to five years.

“We need to clear this up now,” she said.

Because of the budget adjustments, Wade suggested if the Heart wants to bring back the artificial ice skating rink this winter, it should only be for two weeks beginning at Christmas time, when students are out of school.

Wade said he would talk with the local rink supplier and find out if a two-week rental would be OK instead of their planned month-long commitment.

“I’ll just have to explain to them with the budget cut, we don’t have (the money) to do the full month. It’s not there.”

Noltemeyer agreed — “Budgets happen. … and we can’t afford it.”