Clay Clevenger leads Danville football back to the top 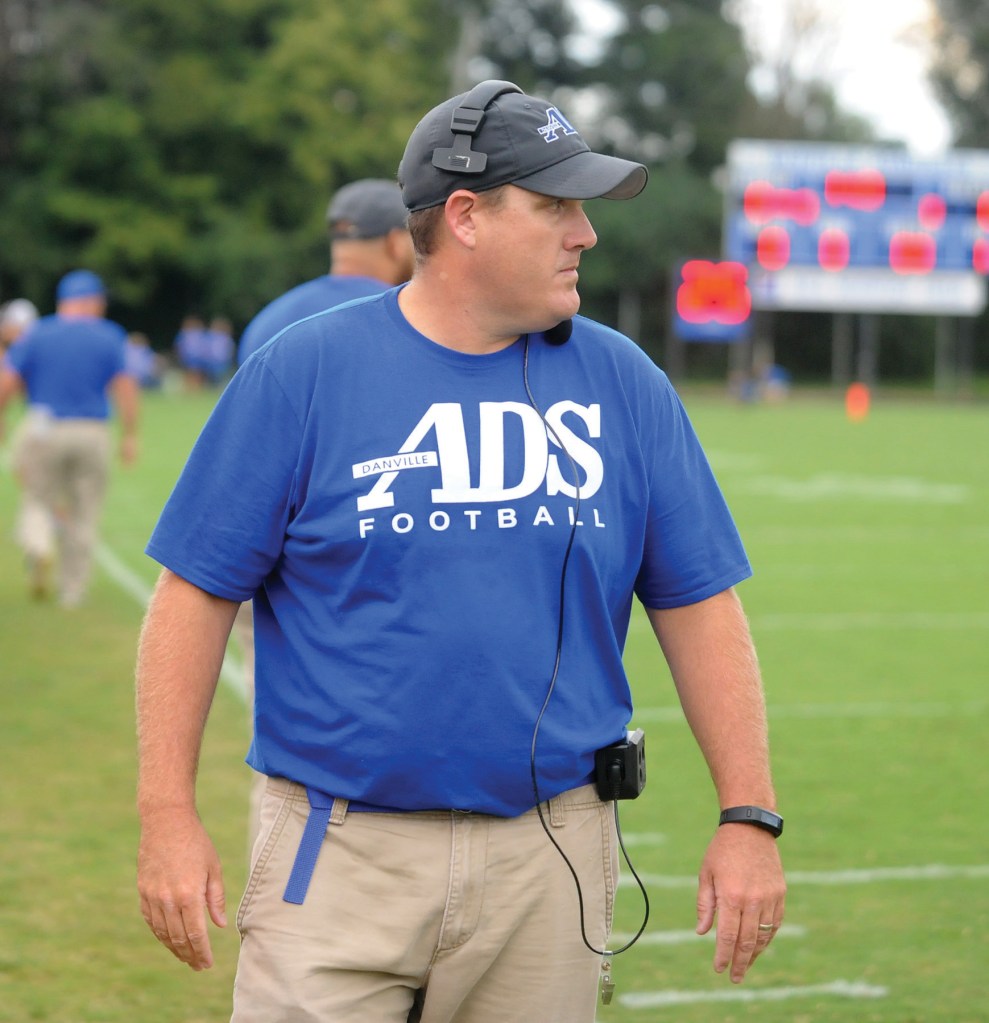 There’s been a culture change in the Danville football program.

And there is one man at the center of that change: Head coach Clay Clevenger.

Clevenger is a recipient of the Bill Vaught Memorial Coach of the Year award for his stellar job at the helm of one of the most historic football programs in the state of Kentucky.

Accountability and consistency is the name of the game for Clevenger. He holds his players and staff to a high standard and it has shown on and off of the field for the Admirals.

Assistant coach Darius Baughman said that Clevenger’s dedication to hard work helped the mindset from the 2016 state runner’s up to the 2017 state champs.

“With Clay as your leader, every day is going to be the same day: High intensity, high focus is required,” Baughman said. “Sometimes we look at losses as failures, that’s not particularly the case in sports. Sometimes when you lose it’s a lesson to be learned. We weren’t ready when we got to state (in 2016), we were talented but mentally we weren’t ready.

“That made all the difference in attitude this year. With Clay, nothing changed. We lost, but it was a new day. We started weights the same day if we would’ve won. Same thing this year: Once the season was over, there’s no time to sit and expect another championship to come. We’ve been working since January.”

Assistant coach Ernest Dunn has known Clevenger since the two were in school: They played football and baseball together at Danville and Dunn said Clevenger’s knowledge is what set him apart from an early age.

“I’ve known him since we were little kids. His knowledge of the game has always been really high, he always knew what everyone should do,” Dunn said. “We also played baseball together and it just seemed like he always knew what the other team was going to do, he was always a step ahead. We’ve known each other for so long as teammates, friends, coworkers, I’ve always felt comfortable with him.”

When Clevenger came in, Baughman said he “shook” the program and changed its culture. It’s about hard work and family, and that’s apparent when you look at how Baughman joined the staff.

“He was in his third or fourth year when I started substitute teaching in the spring, I just started talking to him one day, talking about football, college experience and things,” Baughman said. “I just expressed that I was interested in coaching. I didn’t hear from him for awhile, but I didn’t know he was behind the scenes fighting for me. He really fought for me and stuck his neck out on the line for me to give me an opportunity to come back and be a part of my community, begin my coaching career. That’s something I’ll always be grateful to him for, giving me a shot. From day one, he’s trusted me.”

It’s a similar case for offensive coordinator Kyle Singleton: Clevenger was an assistant coach for University of the Cumberlands and recruited Singleton. Singleton started coaching and Clevenger has been there for him.

“I owe a lot to Clay just as far as my growth as a person,” Singleton said. “He’s been there throughout all of that, going through college, years after that. He got into high school coaching, I did as well and we were able to link back up at Danville. It’s been a really great working relationship and he’s one of my best friends as well. He’s got a great grasp on people, he knows when to push, when to pull back, that kind of stuff. I think that’s what makes him such a good coach … Consistency is his calling card. You know what you’re going to get with him, you know it’s going to be straightforward and honest.”

That helps when you’re dealing with teenagers, and it’s easy to see where Clevenger holds his beliefs, assistant coach Jason Spencer said.

“He has a total commitment to family,” Spencer said. “He treats all the kids like they’re family, and he is committed to his family, the school, the community. He takes it all to heart. Him being an Admiral is near and dear to his heart. He puts the kids first and he gets the most out of them that he can, but he cares and takes care of them, too.”

Baughman added that Clevenger helps mold the lives of people he works with for the better.

It’s a similar relationship for Turner, who was one of the first calls for Clevenger when he first got the job in 2013. Turner now heads the Bate Middle School team and is a leader in Danville youth football.

“He’s given me so many opportunities since he came back,” Turner said. “I’ve learned so much under him and I have so much respect. People always talk and say stuff, but I have so much respect for what he’s done for me and the paths that he’s brought into my life. He got me into the school system and pushed me to really return to school and finish my degree. I thank him for that. If it weren’t for him, I probably wouldn’t be in the position I am today.”

It’s that kind of care for every member of the Danville community that makes Clevenger a successful coach. He’s about hard work and holds his program to a high standard.

“Everything he does, he does so many things that people don’t see that make him who he is,” Spencer said. “He’s a high character guy, he’ll pick kids up early in the morning, make sure they have what they need to be successful.”