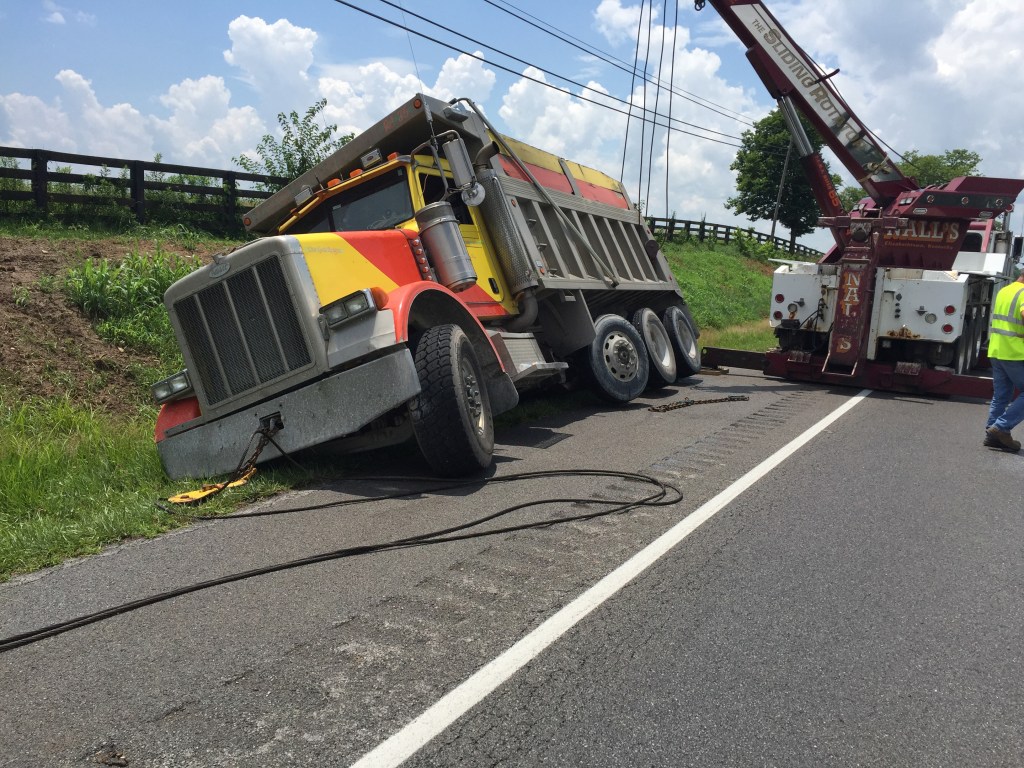 Photo courtesy Boyle County Emergency Management A dump truck carrying a heavy load of sand drove into a ditch along Perryville Road Monday, affecting traffic for hours as tow trucks attempted to lift it out.

A dump truck filled with sand and weighing in at almost 40 tons wrecked along Perryville Road Monday, causing traffic-flow issues at the scene for around three hours.

The dump truck was headed east into Danville when it traveled into a ditch on the eastbound side of the road, less than a minute away from the Danville Bypass. The driver said his truck’s systems stopped functioning, said Mike Wilder, director of Boyle County Emergency Management.

“He stated that his truck just quit on him and he didn’t have any power steering or brakes,” Wilder said Monday, shortly after the scene was cleared.

The driver tried to get the truck to the side of the road, but the weight shifted and it wound up in the ditch, Wilder said.

Traffic was down to one lane at times while responders worked, with eastbound and westbound traffic alternating in the one available lane.

Wilder said once the dump truck was out of the ditch, it could not be driven because the power steering system was still not functioning. The dump truck was towed to the Big Lots parking lot near the bypass, then on to Elizabethtown for repairs, he said.