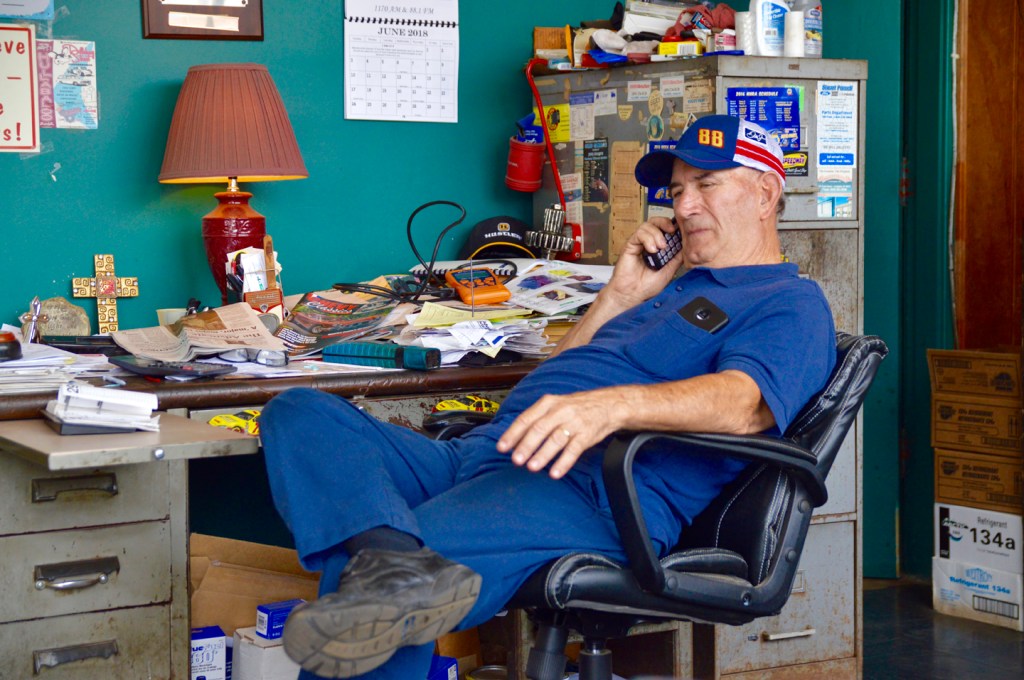 (Casey Craiger photo) Sims answers a phone call inside the front office of his garage.

It’s a Thursday afternoon at 325 Stanford Avenue. Estel Sims is changing the oil outside of his shop, Sims Garage. His lifetime of repairing vehicles in Danville is evidenced by honks, waves and smiles given by customers driving past his shop.

The 71-year-old first began repairing vehicles when he was 12 years old. The first car he serviced was a ‘49 ford. It has been 59 years since Sims fixed the car that started his lifelong passion, and he says working on cars still brings him the same joy it did back then. 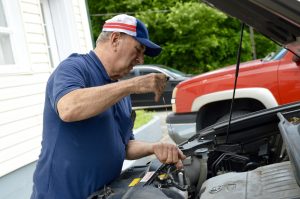 “I wouldn’t want it any other way,” he says. “Everyday is different and brings me a different situation. Every car has different problems and you never know what each day will bring you.”

Sims’ daily tasks vary. He says some days bring him multiple cars with the same problems, and some days he sees a variety of difficulties.

With a variety of problems come cars in a wide price range.

Sims has seen plenty of cars, and has some favorites to work on.

“We work on everything, but if I had to choose, I prefer Ford, Chrysler and Chevrolet.”

He also has one car in particular he would prefer not to see. “The worst car that I hate seeing is a Chrysler Sebring,” he said. “Most of the time I won’t work on them unless it’s owned by a loyal customer.” 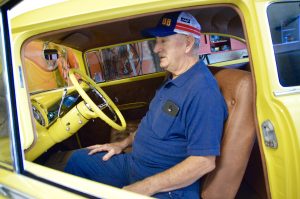 Sims has lived in Danville for his whole life, and has gained a loyal following.

“Most of my customers are repeat customers. I know both them and their cars well,” he said laughing. Sims says there are multiple instances in which he has done service for a third generation customer.

Sims has had his own shop for 45 years, 38 of those in its current location. He attributes his success and following to a variety of factors.

“I think being honest and fairly priced is important. I think treating people how I want to be treated is how I’ve gotten this far,” he says. “If you stay in business for 45 years in a small town like Danville and are getting repeat customers, you are probably doing something right.”

Sims has tried other careers, but claims he ended up where he was supposed to be. At the age of 14, he worked three paper routes for The Advocate-Messenger.

“I’ve gone and tried other things, but I always come back to cars. No matter where I’ve gone or what I’ve done part of me has known what I was born to do,” he said.

Sims says he’s beyond happy with where he is now, but he still dreams big. “My dream now would be working with antique cars, not the new ones. Cars have really changed,” he said. “I would want to take an antique car and transform it like they do on TV. That would be living the American dream, doing nothing but making custom cars.” 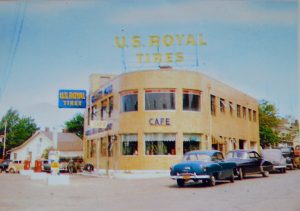 With a smile on his face, Sims said he has no plans of slowing down. “I see no reason I would quit,” he stated, waving as a passing car offers a honk. “Cars make me happy, and the people here do too.”