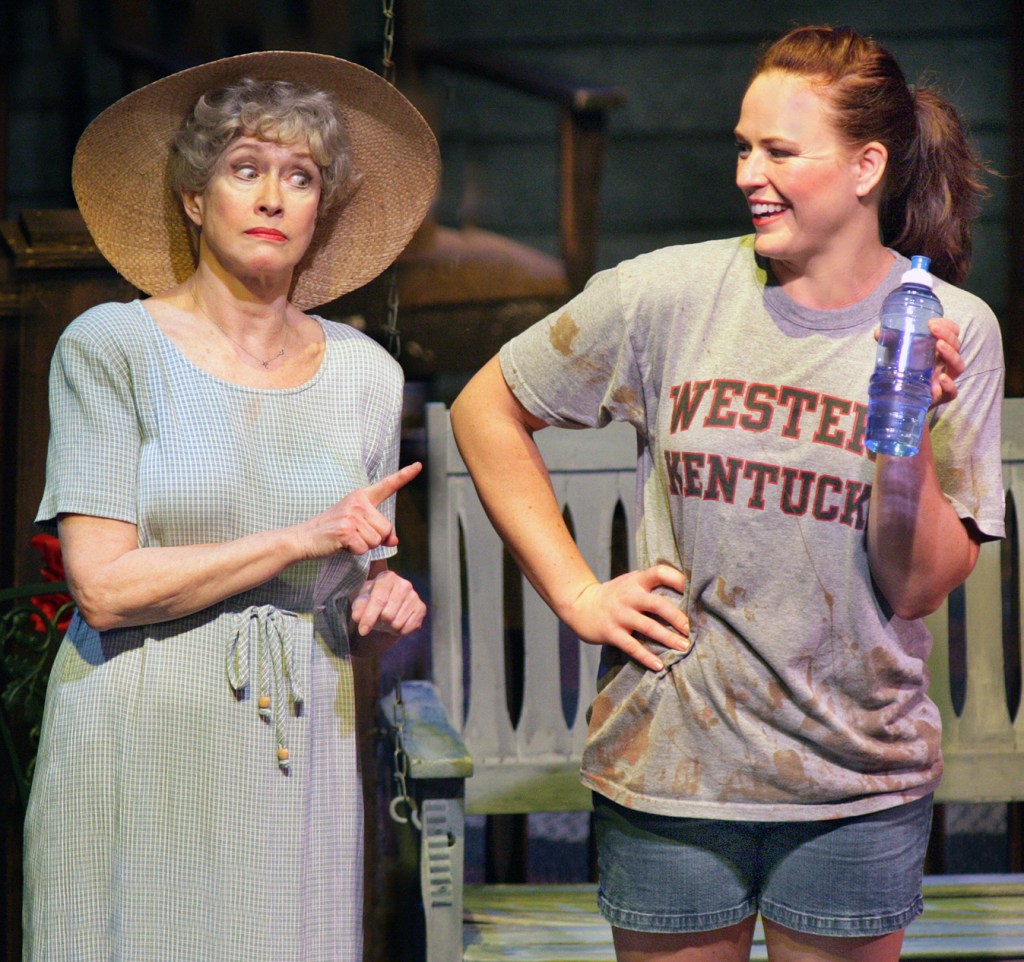 Pioneer Playhouse of Danville continues its 69th season under the stars with the final installment in the popular May Hollow trilogy by Kentucky author Angela Correll.

Photo contributed
Angela Correll is the author of the May Hollow trilogy, which includes “Grounded,” “Guarded” and now “Granted.” She is also the creator of Kentucky Soaps and Such, a business selling all natural goat’s milk skin products, as well as the co-owner along with her husband Jess of the Bluebird Cafe, a farm to table restaurant, both in Stanford.

“Granted,” which opens on July 10 and runs through July 21, follows in the footsteps of “Grounded,” presented in 2015, and “Guarded,” seen on the theater’s stage last year.

In “Grounded,” audiences were introduced to Annie, a young woman who has returned to Kentucky after her jet-setting city life has suddenly crashed. In the first book and play, Annie had to navigate the challenges of dealing with a run-down farm, a fiercely independent grandmother named Beulah, and the reappearance of an old flame named Jake.

In “Guarded,” we find Annie engaged to Jake and settling into country life, though still experiencing some growing pains. After discovering a cache of old letters in a family farmhouse, Annie stirs things up with Beulah by impulsively traveling to Italy to uncover a family secret that’s been buried since World War II.

Now in “Granted,” Annie is finally ready to fully embrace her life in Kentucky and her future with Jake, but wedding plans are complicated by the arrival of her ne’er-do-well father and by a “pot-luck war” waged between Beulah and her feisty neighbor, Betty.

“Angela Correll is a seventh-generation Kentuckian, and her love for her home state is so evident in her novels,” says Heather Henson, managing director of Pioneer Playhouse. “We were excited to adapt the first book because we felt the story of home and family and faith would connect with our patrons — and it did, in a big way. ‘Grounded’ was a huge hit, and so was ‘Guarded.’ We have no doubt our patrons will want to come full circle and see this heartwarming final, ‘Granted.’”

Adapting “Granted” for the stage was once more a team effort by Robby Henson, artistic director of Pioneer Playhouse, and Holly Hepp-Galvan, an award-winning New York City playwright.

“Holly and I worked really well together for ‘Guarded,’ and it was the same for ‘Granted.’ It was absolutely bloodless,” Robby Henson jokes. “No kicking or screaming. We now have a polished short-hand for telling Angela’s stories.”

“Angela’s characters are so full of heart and humor,” says Hepp-Galvan. “She truly understands the dynamics of a family — the challenges and the love. I really enjoyed finishing the stories that we had explored in ‘Guarded,’ and playing with some unexpected twists and turns.” 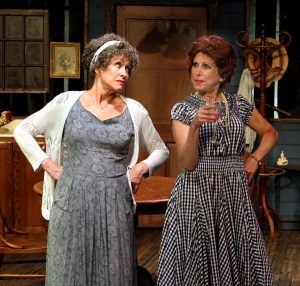 Audiences will recognize many actors from their “Grounded” and “Guarded” roles, including Erika Lee Sengstack as Annie, Patricia Hammond as Beulah and Rita Hight as the nosy neighbor, Betty.

New to the May Hollow world will be Daniel Hall Kuhn, a perennial favorite at Pioneer Playhouse, who steps into the role of Woody, and John Dillon, a New York City based actor who will be playing Annie’s soon-to-be-husband, Jake.

“What I love about adapting Angela’s books for the stage is her characters are fully realized, full-on Kentucky proud — so the process feels like slipping into a comfortable pair work boots,” Robby Henson says.

“We see characters we’ve come to know and love, grow and change,” adds Heather Henson, “but don’t worry if you missed ‘Grounded’ and ‘Guarded.’ This play stands alone, and any background information from the previous stories is seamlessly weaved into the plot.”

Author Correll says he couldn’t be more thrilled to see yet another one of her books come alive on stage.

“It’s been a huge honor for me to have the playhouse adapt my books into plays,” she says. “To see the characters you know come to life on stage is a very special and rare gift.”

“’Kentucky Voices’ was the brainchild of my sister, Holly, who was artistic director at the time, but who lost her fight with cancer six years ago,” says Heather Henson. “Holly saw ‘Kentucky Voices’ as a way to honor Kentucky authors and Kentucky stories, and that’s exactly what we’ve been doing for over a decade now.”

“We’re really proud of the fact that we are the only theater in Kentucky producing one original play each season that celebrates Kentucky history, heritage and culture,” says Robby Henson. 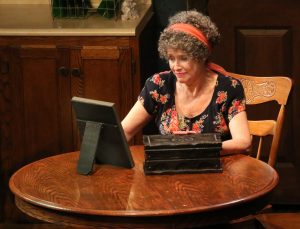 Granted will run July 10-22, and author Correll will be on hand for an informal meet-and-greet with audience members before each show.

“The playhouse did a wonderful job on the adaptations,” Correll says. “They kept the heart of the story and my readers have been pleased with the stage productions.”

“Granted” opens July 10 at Pioneer Playhouse and runs through July 21. Shows are 8:30 p.m. Tuesday-Saturday, and a home-cooked barbecue pork or chicken dinner is served at 7:30 p.m. each evening before the show — vegetarian options are available if ordered 24 hours in advance. A bar serving wine, beer and mixed drinks will be open. Reservations are recommended for the show, but required for dinner. The cost is $34 for a dinner and show, or $19 for the show only.