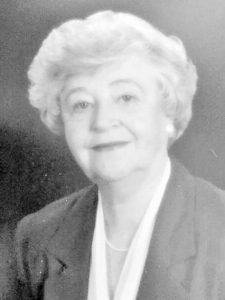 She was born October 23, 1925 in Garrard County to the late Abner and Ida Speakes Ray. Dorothy was preceded in death by her husband, Junior G. Long. She retired from Kroger in Danville after 25 years and co-owned Long’s Supermarket with her husband for 10 years. Dorothy was a member of New Antioch Christian Church and attended Lancaster Christian Church since 1980.

Dorothy is also preceded in death by a granddaughter, Dana Renee Simpson; and two sisters, Dazey R. Chance and Patsy A. Ray.