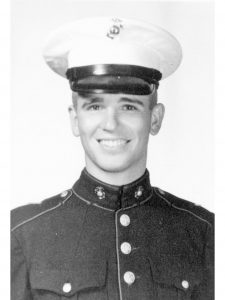 Robert L. “Bob” Brown, 86, Louisville, Ky. His spirit was ushered into the presence of Jesus his Lord and Savior on Monday, July 2, 2018 at his residence.

Robert was the son of the late Frank A. Brown and Lois Grinstead Brown. He married Joyce Wade. He graduated from Bowling Green High School, served in the United States Marine Corps during the Korean War, serving as Sergeant with Marine Air Group-14. A graduate of Western Kentucky University, he retired from Bell South as manager-engineer after 35 years of service. He served as a Junior Achievement Advisor in Owensboro. He was a member of Westport Road Baptist Church, formerly a member of Calvary Baptist Church in Danville, Ky., where he served as chairman of the Deacon Committee for several years, was elected and served as chairman of the Sanctuary Building Committee, chairman of the Ushers and a member of other committees; served as a Deacon at Pleasant Grove Baptist Church, Louisville.

He was preceded in death by his parents; and a sister, Bernice Miller.