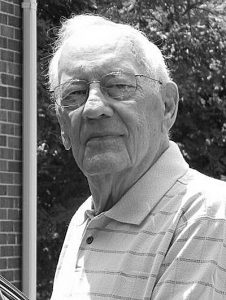 Edward Francis Barrett, age 90, of Lancaster, passed away Saturday, July 7, 2018 in Danville. Born January 18, 1928 in Rockcastle County, he was a son of the late Thomas & Mary B. McComb Barrett. Ed had been the owner along with Louise Barrett of Barrett Furniture and Carpet in Lancaster which they operated for over 40 years. He was a Army veteran of the Korean War, a member of the American Legion and was a member of the Baptist Church. In addition to his parents, he was preceded in death by 10 brothers and sisters, and two sons, Darrell E. Barrett and Michael K. Barrett .