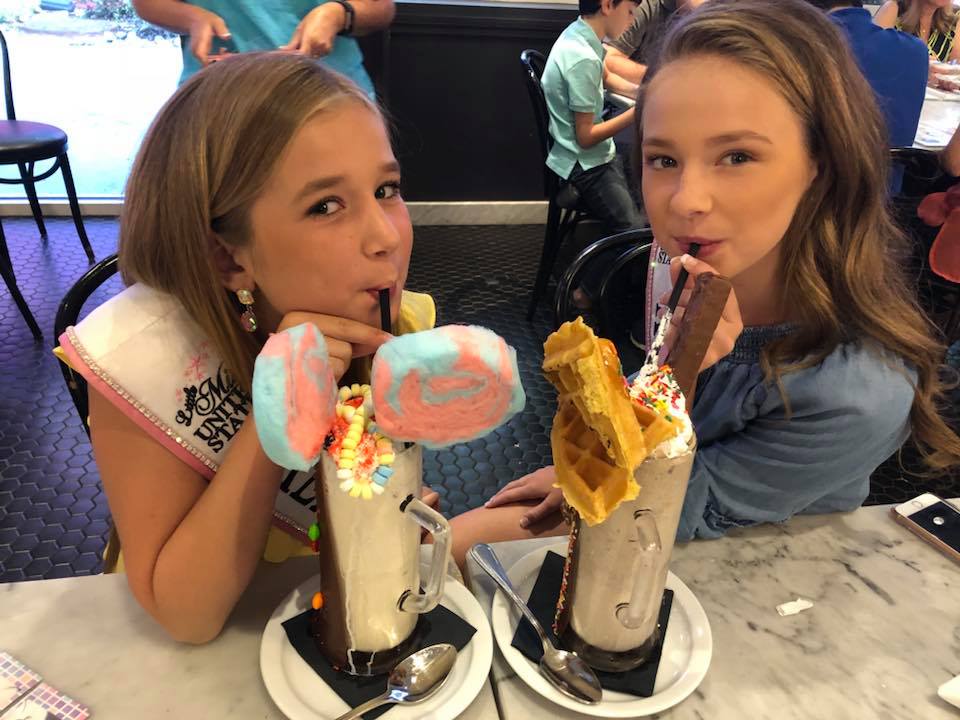 “Pageantry is not what people think it is,” said Dana Stigall, mother of Aleah Stigall, Little Miss Kentucky United States. “She practices and works just as hard as an athlete might do on a team.”

Aleah Stigall’s life as a pageant contestant took her to the Little Miss United States competition July 3-7 in Orlando. Stigall, a Danville native, competed on a platform advocating foster care and adoption. Her top-10 finish in the competition follows years of training and lengthy days.

No one day is the same for Aleah. But a common daily theme is hard work. She has worked with Maria Montgomery Record and Goldie Vigneri of Studio G to enhance her runway skills and boost her confidence. She also takes dance and voice lessons regularly. 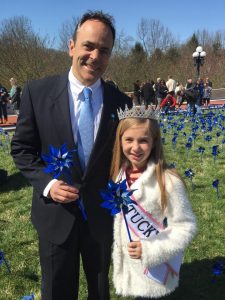 Photo contributed
Aleah has a photo taken with Kentucky Gov. Matt Bevin at a Pinwheels for Prevention rally in Frankfort.

Aleah also volunteers when she has free time. She recently attended Pinwheels for Prevention, a child abuse prevention rally in Frankfort.

“Every child deserves a safe home with a loving family,” she says.

Stigall says the issue of adoption and child abuse prevention hits home with her.

“When my parents were trying to have me, they became foster parents, and one of my best friends was adopted after being in foster care.”

Her platform and passion even led to her meeting the governor on stage at the event.

Following her meeting the governor, Aleah noted the crown on her head and what she plans to do with her time in the spotlight.

“This crown has power y’all,” she said smiling. “And I plan to use it to help people understand the needs of children.”

Aleah’s daily life takes her on many adventures. She regularly spends time at Taylor Made Farm, where she enjoys the “southern hospitality.”

“Taylor Made is my favorite place where I get to hang out with derby winners like California Chrome, see beautiful horse pastures, and sip on a glass of sweet tea,” she said smiling. 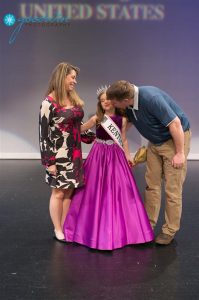 Photo contributed
Aleah Stigall poses on stage with her parents.

Despite the confidence she has now, Aleah says that public speaking hasn’t always been easy for her.

“When I was little, I used to be very shy,” she said. “Then I started pageants, and I gained self confidence and social skills.”

Dana Stigall shared that the her family is overwhelmed with the community’s support of Aleah’s endeavors and her daughter shares the same gratitude.

“Danville is a small town with a big heart,” says Aleah.