Granted, the final installment of the May Hallow trilogy 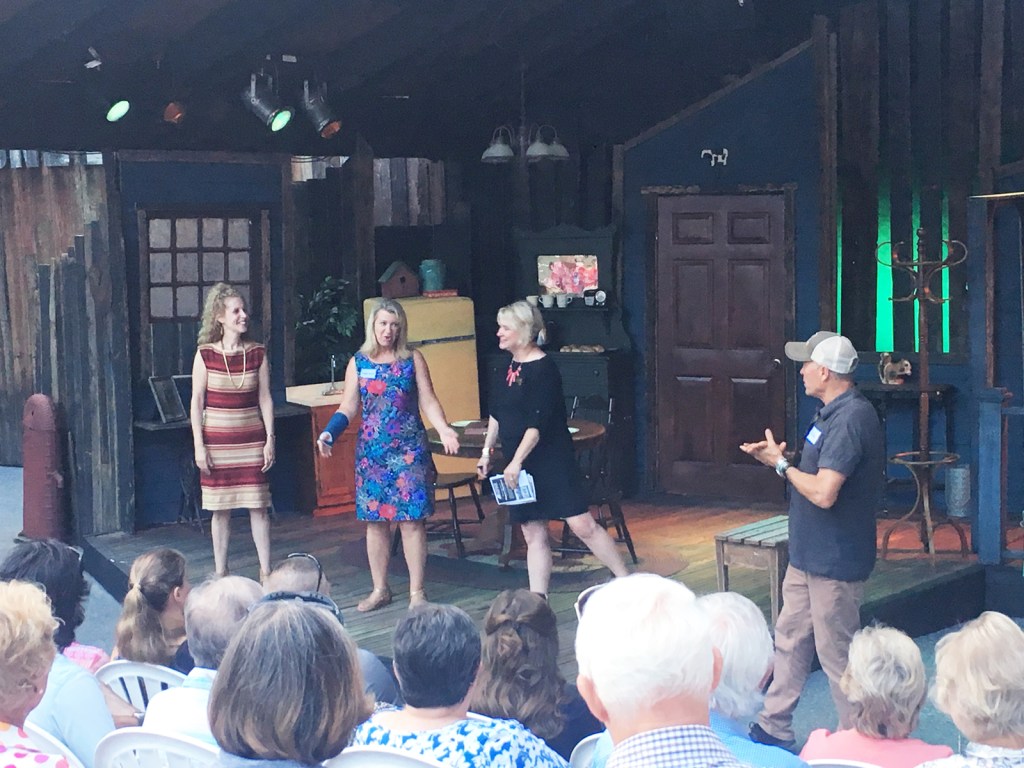 The third installment of the May Hollow trilogy by Angela Correll debuted at Pioneer Playhouse Tuesday evening. “Granted” was adapted for the stage by playwright Holly Hepp-Galvan, far left, and Robby Henson, far right. Correll, from left, Managing Director Heather Henson and Robby Henson introduced the production, explaining how hard the actors have worked on bringing the piece to life on stage. “Granted” is the final installment to the May Hollow trilogy, and follows “Guarded” and “Grounded,” books by Correll that were also adapted for the stage at Pioneer Playhouse. “Granted” follows up from the last installment, as Annie is finally ready to fully embrace her life in Kentucky and her future with Jake. But wedding plans are complicated by the arrival of her ne’er-do-well father and by a “potluck war” waged between Beulah and her feisty neighbor, Betty. The play takes place in and around a small Kentucky town, but also takes audiences to Montefollinico, a small village in Italy.

“Granted” runs through July 21. Shows start at 8:30 p.m. Tuesday-Saturday, but audience members can take in a home-cooked barbecue dinner at 7:30 p.m. before each show; reservations are recommended for the play but required for dinner. A cash bar is open each night. For tickets, visit http://pioneerplayhouse.com or call (859) 236-2747.