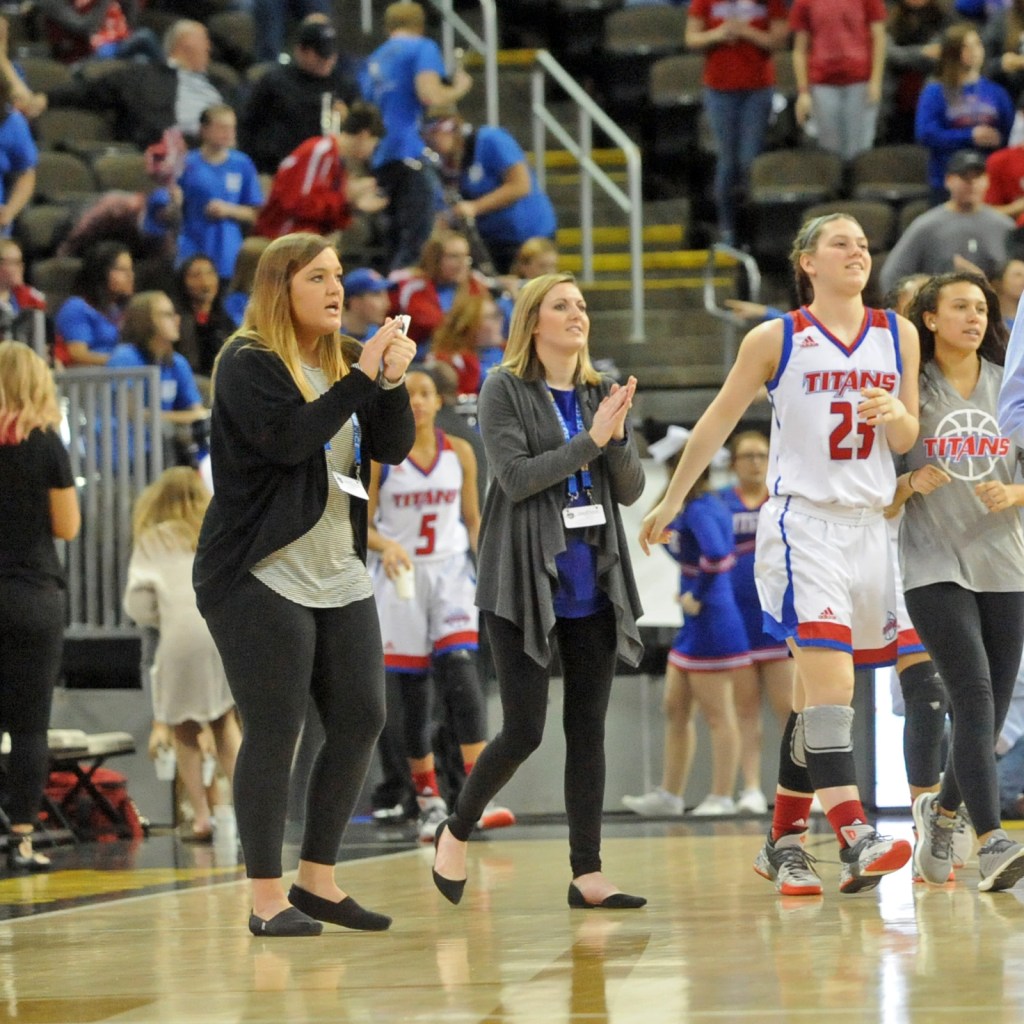 Mercer County didn’t have to look far for its next girls basketball coach.

“In finding the correct individual to replace Souder, we found the appropriate successor on his bench,” Smith said in a press release. “Hayley was an integral part of the Lady Titans’ recent historic success, including serving as head assistant coach for the past three years and during the Lady Titans’ back-to-back state championships.”

The resume speaks for itself: Spivey played for Souder, graduating in 2008, and has six years of experience coaching in the program.

“It’s really exciting. I’ve dedicated 13 years of my life to this program, as a player and as a coach,” Spivey said. “It’s real exciting to finally have the ‘ultimate position,’ I guess. This was always the plan, when I came back from college and decided I wanted to coach. I talked to coach Souder and said that I eventually wanted to be a head coach, and luckily for me, it happened at Mercer. I’m really excited about the opportunity.”

Spivey’s selection will help the Titans keep their expectations high: She knows what it takes for the program to succeed at a high level and has helped its players reach the top spot in the state.

“I’ll give credit where credit is due, I don’t think I could’ve learned from anyone better than Souder,” Spivey said. “I played for him, I coached under him, obviously this is the unknown, I’ve never been a head coach, but I feel very prepared. I think getting to be a part of that, over the years coach Souder has given me different responsibilities at different things and levels of the program. I think that helped me out. I’ve coached at about every level, from middle school to head assistant. I think that benefits me a little bit too, I’ve interacted throughout the program and I’ve coached these girls for years.”

After graduating from Mercer in 2008, Spivey graduated from EKU and is now in the school system as a high school social studies teacher.

And the expectations won’t change, Spivey said. She’s excited for the return of players like Toni McCombs and Channing Lewis, as well as plenty of players itching to prove themselves at the varsity level.

“I’ll be honest, I’ve been telling everyone this, my expectations don’t really change,” Spivey said. “I don’t think people realize what we have coming back and how talented we are still going to be. I feel like we’ve got, for sure on the varsity, two Division-I players on the team and we’ve got some great young girls coming up. I don’t think people realize how strong of a team we still have. Really, my expectations don’t change: I still expect a 20-win season, winning the district and competing for a region title.”

And Spivey’s experience coaching at all levels within the Mercer County program will be invaluable to its continued success. She said she knows the ins and outs of the program — rising through its ranks herself — and knows how hungry the players are to continue their success.

“I’ll be honest, there’s going to be a lot of teams gunning for us now, thinking we’ve graduated five seniors, new coach coming in. But our girls coming in, middle school to the varsity level, have never shied away from a challenge and we take pride in that,” Spivey said. “We’re going to work hard and compete in whatever we do. I think it’s good, they know what it takes. They’ve been here the past four years that we’ve been successful and won a region championship. It’s good that we can feed off of that because they know what it takes to get there.”