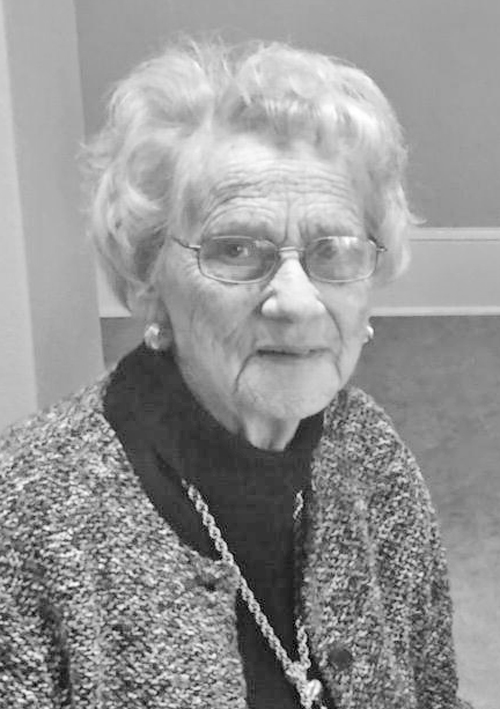 Born January 19, 1920, in London, Ky., to the late Green Estill “G.E.” Davidson and Maggie Gilbert Davidson, she was the widow of T.D. Irvin. She was a registered nurse and was instrumental in beginning and establishing the Old Stanford Hospital on Main Street with Dr. Frisby and Dr. Wright in the late 1940’s and later retired in 1982 after a long devoted career to helping and serving the Stanford and surrounding Lincoln County communities. She was a member of Stanford Christian Church and was a Kentucky Colonel.

In addition to her parents and husband, she was preceded in death by two brothers, Rollie Lee Davidson and Joe B. Davidson.

Funeral will be on Saturday, July 21, 2018 at 10:30 a.m. at Spurlin Funeral Home in Stanford with Dr. Jim Baughman officiating. Burial will follow at Buffalo Springs Cemetery in Stanford.