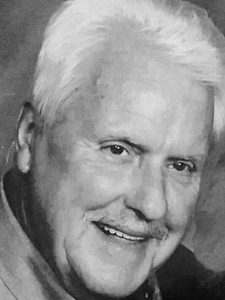 Lucien Gregory “Bud” Strevels, 87, of Danville, passed peacefully just after midnight Friday, July 20th, 2018 at Ephraim McDowell Medical Center. He was born December 16th, 1930 in Boyle County to the late Hugh and Emma Clark Strevels. After the death of his mother, he was lovingly raised by his grandmother, Mary Clark. He married the love of his life, Joyce, on February 2nd, 1954.

Left to cherish his memory are his loving wife, Joyce Hafley Strevels; one daughter, Vicki Adkins; two sons, John and Mark (Lisa); four grandchildren, Heather, Dana, Josh, and Jason; 11 great-grandchildren; and a host of extended family and many friends who were blessed by him and will miss him greatly.

Bud graduated from Forkland High School in 1949 where he played basketball and attended Eastern Kentucky University, where he was a member of the swim and track teams. He dutifully served his country in the 7th Army in Germany during the Korean War and later retired from Corning Glass in Harrodsburg. He was a devoted member of Sycamore Church of Christ. Bud was a man of many talents and was admired by all who knew him. He loved his family and friends unconditionally and had an unwavering faith in Jesus Christ.