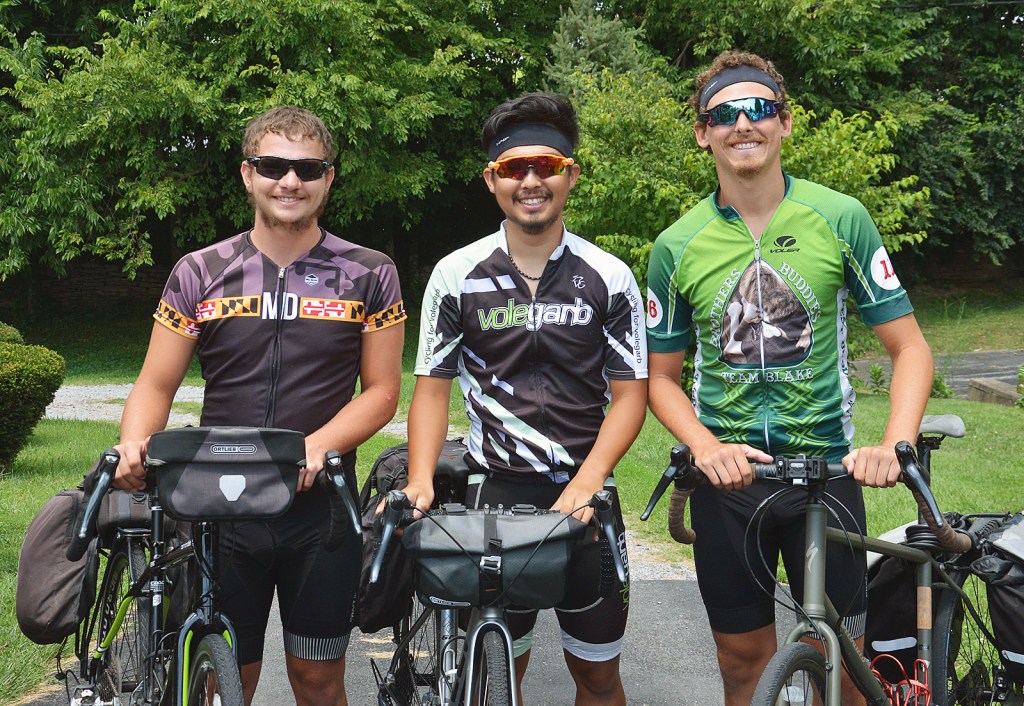 Photo by Robin Hart/robin.hart@amnews.com From left, Jake Grindstaff of Maryland, Gilwon Seo of South Korea, and Dakota Daniels, of Texas, all fraternity brothers attending Galludete University, are cycling across America on the TransAmerica Trail this summer. On Thursday, the group stopped to visity Daniels' grandparents in Danville.

Pedaling across America is a goal that Dakota Daniels has almost accomplished. It’s one that his father also completed in 1991. His great-uncle, Ron Reeves who was his grandmother’s brother, was the first in the family to attempt a long bike trek in 1959, but wasn’t able to finish his journey.

Dakota, along with his Kappa Gamma fraternity brothers Jake Grindstaff from Maryland and Gilwon Seo from South Korea are bicycling on the TransAmerica Trail. They began on May 25 in Astoria, Oregon, and are on their way to finish in Yorktown, Virginia, for a total of 4,223 miles.

The popular route has already taken the young men through Oregon, Idaho, Montana, Wyoming, Colorado, Kansas, Illinois and Berea, Kentucky — where they veered off course to visit Dakota’s grandparents, Albert and Judy Daniels here in Danville on Thursday.

Dakota’s dad, Toby Daniels, made a similar trip from Maine to San Diego 27 years ago. 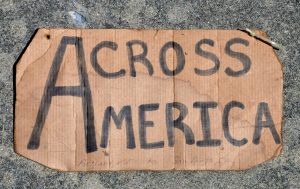 Photo by Robin Hart/robin.hart@amnews.com
A cardboard sign reading Across America was on Toby Daniels’ bicycle when he rode from Main to San Diego, California in 1991. His son, Dakota Daniels is taking the same sign on his TransAmerica trip from Oregon to Virginia.

When Dakota said he was stopping in Danville, his dad, along with other family members came here to visit with him and his friends for a short time before they head out this morning on the last leg of their trip.

Sitting around his grandparents’ kitchen table at their Erskine Drive home Thursday afternoon, lots of family and friends filled the room and seemed anxious to see the young men describe some of their stories from the adventure. The smiles on their faces also showed that they were proud of what the bicyclists have already accomplished.

All three young men are deaf and attend Gallaudet University in Washington, D.C. Dakota and Jake will be seniors and Gilwon will be a sophomore.

Speaking through a deaf interpreter, Jasmin Hamilton, who is also Dakota’s cousin, he said they only have about 670 miles to go, which should take them about 13 days to complete.

“I read an article that said you didn’t need a lot of special training,” he said. “It’s all about mental energy.”

It helped that the guys were already in good shape and very athletic, he said. He plays basketball while Jake and Gilwon play baseball.

“We just took it one mountain at a time,” and one mile at a time, he said.

The most challenging portion of the trip was when they were biking through Idaho, Jake said. There was all kinds of weather to contend with — cold, rain, hail and wind.

Dakota said at the end of each day of cycling, they stop to eat and look for a place to sleep, which is usually in their tents.

Occasionally, they stay in a motel, Gilwon said. “Some were nice and some not so nice,” he said. They also have slept in city parks along the way.

“We look for a big tree” to camp by, Dakota said, laughing. “Sometimes it’s a little wet.”

All three cyclists agreed that the trip was “a lot of hard work,” but has been well worth their efforts.

Toby said he was very proud of all three boys. “They’re very close friends now, and have a good support system.”

Jake said he was enjoying being at the Daniels’ home for a day or two, “And the food feels like home!”

The highlight of the trip so far, Dakota said, was being able to track how many miles a day they could travel. He said they have cycled more than 100 miles a day for six days — mostly on flat lands. Once, they reached 120 miles in a day.

The group started out with a fourth fraternity brother, Dakota said. But unfortunately, he had an accident at the very beginning of their trip and had to abandon the group’s adventure.

“But he’s planning on meeting us at Virginia Beach,” when they reach the end of the route, Dakota said.

Along the way, some drivers have been very threatening to the cyclists. “Some drivers really go by quick and too close.” He said they’ve almost had several heart attacks and have been shaken up sometimes because of these careless drivers.

But other drivers have been extra nice. He said in a couple of instances, drivers slowed down and followed safely behind the cyclists.

When the group leaves Friday morning, Dakota said they are planning on going to Corbin on their way to the Great Smoky Mountains. They are looking forward to seeing the KFC museum and eating fried chicken.

Dakota said if anyone wants to do something in their lifetime or if they have a dream to one day fulfill, they should think of it as a goal and, “Just do it! It’s now or never.” 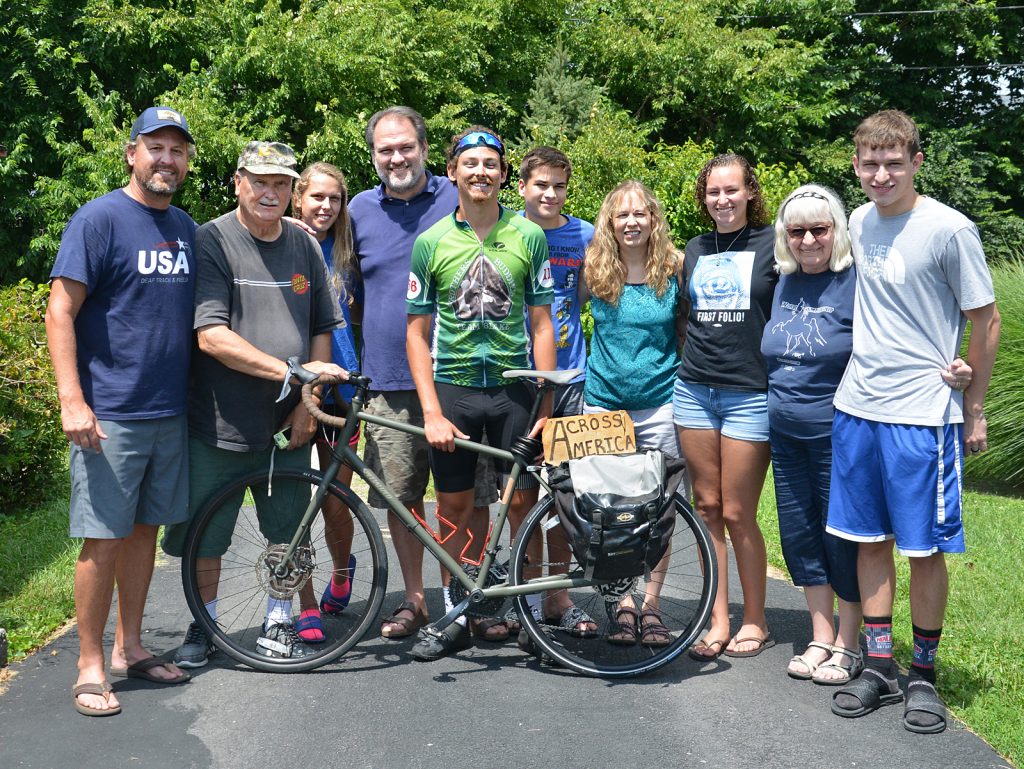 To follow Dakota, Jake and Gilwon or see where they’ve been, you can visit their Facebook page called “Brothers Across America.” There are many photos and videos where they talk about their adventures using American Sign Language.