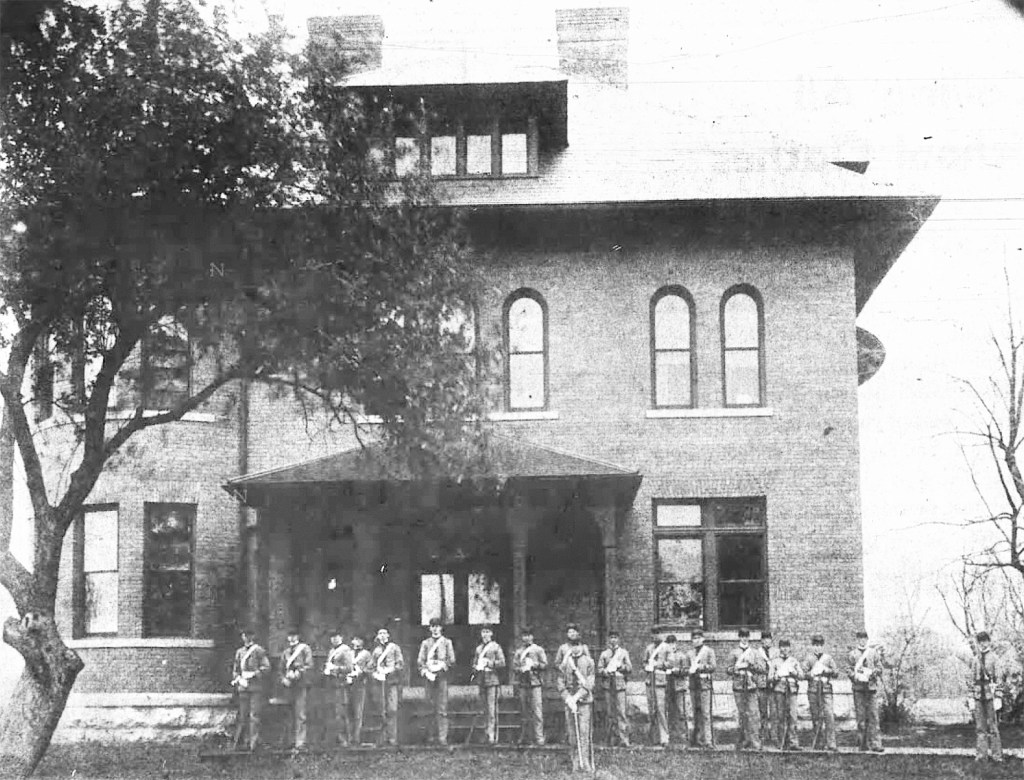 Photo contrbuted This is the old Hogsett Academy that later served as Maple Avenue School and was razed when the new Maple Avenue school was built. The school is now called Edna Toliver. The building shown here was built on the site about 1920. The tree in the left foreground still stands in the school yard. The photo is believed to have been taken of the 1897-98 class.

Hogsett Military Academy on Maple Avenue was one of Danville’s foremost institutions of learning in the early 1900s, according to articles in The Advocate-Messenger archives.

Young men from all sections of the United States came to Hogsett Academy for training to prepare them for colleges and universities.

Hogsett Academy was established in 1890 by John J. Hogsett and was ready for occupancy in a new building in the spring of 1891.

Before Hogsett came to Danville, he bought the old Harrodsburg Female Academy and made it into a boys school until 1885. After that, he sold the Harrodsburg school and it was turned into Harrodsburg Academy.

Andrew Bright of Danville was named assistant instructor of Hogsett Academy in 1903. He was a recent graduate of Central University.

Hogsett Professor W.D. Berry, physical director of the academy, coached football in the fall of 1894 at Cincinnati University and was captain and general director until the end of the season.

The new attire would transform them into an object of envy in the minds of the youthful students of other schools, The Advocate reported. 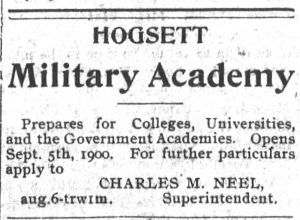 An advertisement about Hogsett Military Academy appeared in The Advocate-Messenger in August 1900.

“One of the boys ventured on the street along and was parading the thoroughfare in his uniform with as much pride as he would have displayed had he just been decorated with the insignia of the Legion of Honor.”

A crowd of pupils from a rival playground appeared upon the scene, and they began to make diverse and sundry remarks about the boy in blue.

It wouldn’t do for a boy to run who was dressed in soldier’s clothes, so the little fellow stood his grounds manfully, while the other fellows rolled him in the turnpike dust and left his uniform in a deplorable condition.

“But never fear, but that this ‘southern outrage’ will be avenged. Some day a detachment of uniformed boys will swoop down on an unsuspecting ‘Prepite’ and there will be weeping and wails in gnashing of teeth.”

The academy football team beat the Harrodsburg Academy team in the fall of 1894 with a score of 10 to 0 in a hotly contested game on the Hogsett athletic field.

The juveniles were given “a lively tussle by their brawny opponents, and at one time matters looked decidedly blue for the youngsters, but teamwork pulled Hogsett through and added another scalp to Captain Hale’s team.”

After the game, a reception at the Hogsett Academy was attended by many “young belles and beaux of Danville.”

After the academy closed, the Danville school board got the property, modernized the building and opened it in 1912 as the new Maple Avenue Graded School.

In July 1930, the school board voted to raze the building on Maple Avenue and called it “an eyesore to the beauty of the great Maple Avenue School building nearly completed.”

Many people said the removal of the academy building brought a touch of sorrow, but the modern sweep of progress demanded it be razed. 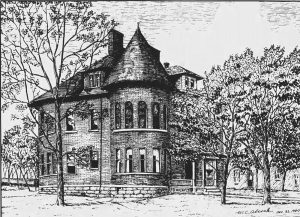 “The building was erected 40 years ago by Hogsett, one of the great educators in Kentucky. In its day, it was considered a model school plant. When it was a military academy, it prepared many students for college careers. Many who graduated continued their education at Centre College.”

The old Hogsett Academy building, a landmark of education, was torn down a month later as directed by the local school board.

When built, the school was the talk of the town for a model school house, but it became outdated and inconvenient.

“The academy was a great school at one time and would have been a greater institution had the noble educator Dr. John J. Hogsett, lived. He was a wonderful man in the field of education and he gathered some of the finest young men who ever came to Danville at his school.”

Hogsett, a native of Grant County, graduated at Centre in 1872. He had charge of the Crittenden Academy until he came to Harrodsburg to be principal of a graded school.

He later established the Harrodsburg Classical and English Academy.

He operated the Hogsett Academy in Danville until he died in January 1891 from pneumonia.

His wife Mary Johnstone died in 1913. Both are buried in Bellevue Cemetery.

They had two children, Robert A. Hogsett and Mary Griffin Hogsett.