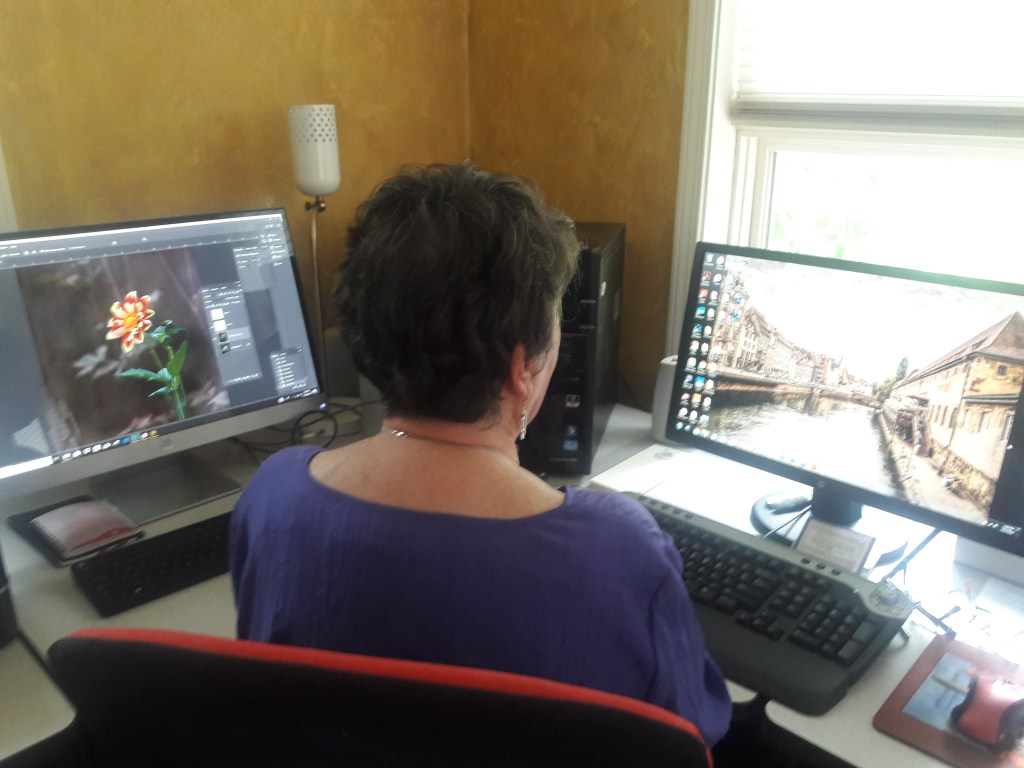 Geri Trinler is a well-known local artist from Garrard County. She participates actively in the Plein Air Artists of Central Kentucky and the Gathering Artists, exhibiting frequently at local galleries and arts events.

Trinler is also one of five local artists chosen to participate in a new mentoring program the Arts Commission of Danville-Boyle County received a grant recently to develop.

Trinler is the keeper of the Gathering Artists’ comprehensive scrapbooks, covering the activities of the group throughout the years of existence. She also participates 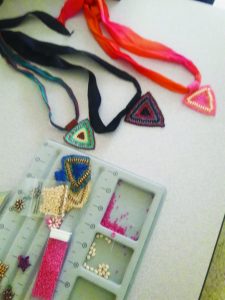 Photos contributed
Intricate necklaces made with ribbons and tiny beads are a specialty of artist Geri Trinler’s.

with the Garrard County Art League.

Trifler is most known for her photography and is recognized for her creative use of technology to enhance and create images from photographs she has taken. She has also developed a line of beaded jewelry which she sells online, at shows and privately. Her light-filled studio was specially designed by her husband when he built their home in a wooded area on a farm in Garrard.

Her road to being a producing artist has had some unusual turns. Trinler began training as a medical tech thinking it would be a reliable source of income throughout years of raising a family. But she had always been interested in creative expression, even from her very earliest years in school in Oklahoma and New Jersey. As a young child, she was often asked by her teachers to draw particular images to help other children learn.

Eventually, she married and had five children. When the children were a bit older, she decided to change her course of study, and got into interior design. Then her career began taking twists and turns.

About 40 years ago, her son got a Commodore computer. Trinler was intrigued by the applications available and began to experiment with the possibilities for commercial graphics design. Employment options and a sluggish economy encouraged her to make another move, this time to Arizona where she began her own desktop publishing business.

Kentucky continued to be homebase and Trinler returned to see where her new-found technical skills would take her professionally. She worked with a screen printer and took on various contract jobs, one of which was with the former craft show at Constitution Square. Contacts there introduced her to the Wilderness Trace Art League, which had a shop in Fisher’s Row.

From those associations, she connected with the Gathering Artists and the Plein Air Artists and continued to experiment with computers and photographic images. In 2002, Trinler took an artists’ watercolor trip to Europe. An accident left her with a broken leg and in a cast for four months. While unable to get out to build her stock of photographs, she turned to beading which could be worked on a tray while seated. 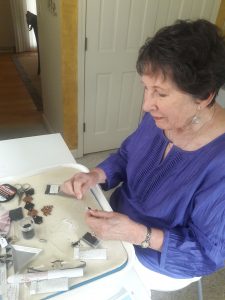 Geri Trinler, an artist who will be part of the Arts Commission of Danville-Boyle County’s new mentoring program, works in her home office to create pieces of jewelry.

Today, she has acquired a large stock of beads and designs tiny, intricate pendant-style necklaces, coordinated with specialty ribbons while continuing to expand her photography line. Several of Trinler’s most popular photographic images have been made into a line of cards, which are available at several locations including the Arts Commission’s Gallery at the McKinney Conference Center.